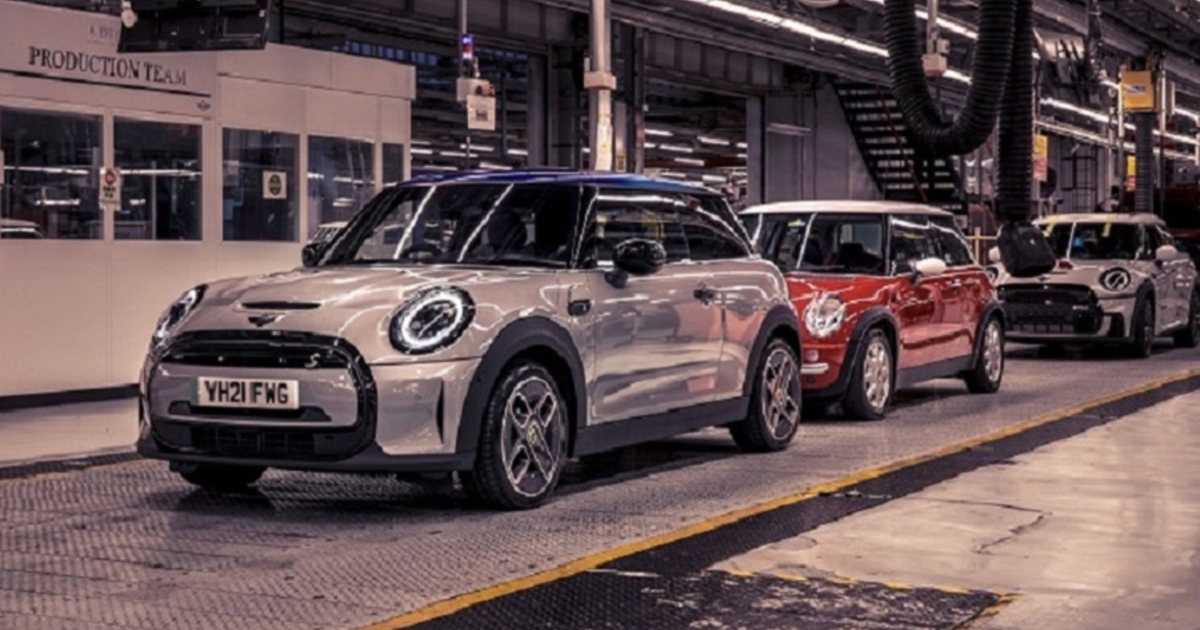 The UK is at risk of falling behind in the shift away from the combustion engine toward electric cars and could end up as a minor player in automaking.

This week, mostly UK-based electric-van startup Arrival announced its CEO and president were stepping down.

And Britishvolt, the company thought to be the country’s best hope for a homegrown EV battery maker, is struggling to stay afloat.

It’s a bleak picture in stark contrast with the U.S., where car and battery manufacturers are being wooed with billions of dollars as President Joe Biden challenges China’s dominance of the global EV supply chain.

That effort has gotten the attention of German Chancellor Olaf Scholz and French President Emmanuel Macron, who are hatching plans to promote and protect their automakers and suppliers.

Prime Minister Rishi Sunak has less room to spend to support what is left of the UK’s auto manufacturing base.

Included within that: a plan to start subjecting EVs to road taxes in the coming years.

The UK’s austerity push adds insult to injury caused by Brexit, which plunged the country into a prolonged period of uncertainty and delayed automotive investment.

During the 12 months leading up to the 2016 referendum, Britain produced nearly 1.7 million cars. In the past year, automakers have produced less than half that.

“We are witnessing a slow-motion car crash of the UK auto industry,” said David Bailey, a business economics professor at the University of Birmingham. “Britain used to have an industrial strategy, but now the government seems to be standing on the sidelines.”

The UK’s struggle to modernize its auto industry threatens thousands of industrial jobs as the transformation redraws the map of where cars are manufactured.

The UK used to boast the world’s second-biggest auto manufacturing base in the 1950s.

It’s since dropped to 18th place, behind rivals including Canada and Slovakia.

Local demand is not a reason to stick around — companies are on course for their worst year of sales in the market since 1982.

Even more worrisome is the UK’s lack of a substantive battery supply chain needed to support mass manufacturing of EVs.

The country has just one reasonably sized cell plant in operation, owned by China’s Envision Group, and has failed to attract investment in additional large-scale facilities.

Britishvolt had been at the center of plans for a factory in the north of England to provide batteries for millions of electric cars. But the startup backed by mining giant Glencore is now looking for funds to keep going beyond early December.

The less than three-year-old company’s struggles pose a chicken-and-egg dilemma. Automakers in the UK are going to be reluctant to build new factories or retool existing ones unless they can source battery cells nearby. Battery manufacturers, in turn, are unwilling or unable to invest without predictable customer demand or sizable government aid.

Unlike its Swedish rival Northvolt, which has signed about $55 billion in contracts with leading automakers, Britishvolt has not secured large-scale orders.

While the company has signed outline agreements with Aston Martin and Lotus, neither of the two small-volume manufacturers have made firm commitments.

The UK is not at risk of total car industry collapse. Volkswagen Group-owned Bentley is spending 2.5 billion pounds to modernize its factory in Crewe, England, and electrify its entire lineup by the end of the decade.

Nissan has committed to making battery cars at its Sunderland plant, creating 1,650 jobs.

Britishvolt’s site in Blyth is a great fit for a battery factory because of its ample space and access to clean energy. The company has held discussions about selling the site, according to people familiar with the matter.

The UK needs to move fast if it wants to reverse the downward spiral it’s on.

Toyota, which makes engines and Corollas in the UK, has not yet started to retool its two local plants for the electric age.

Large battery factories have been announced or opened this year from Italy and Spain to Sweden, near the Arctic Circle.

Bloomberg reported in May that JLR had been looking to continental Europe for supplies.

“The UK is already behind other regions in the EV shift and is playing catch-up,” Bailey said. “If all production decisions go in the right direction, output could recover. But that will require a much more collaborative industrial policy approach from the government.”