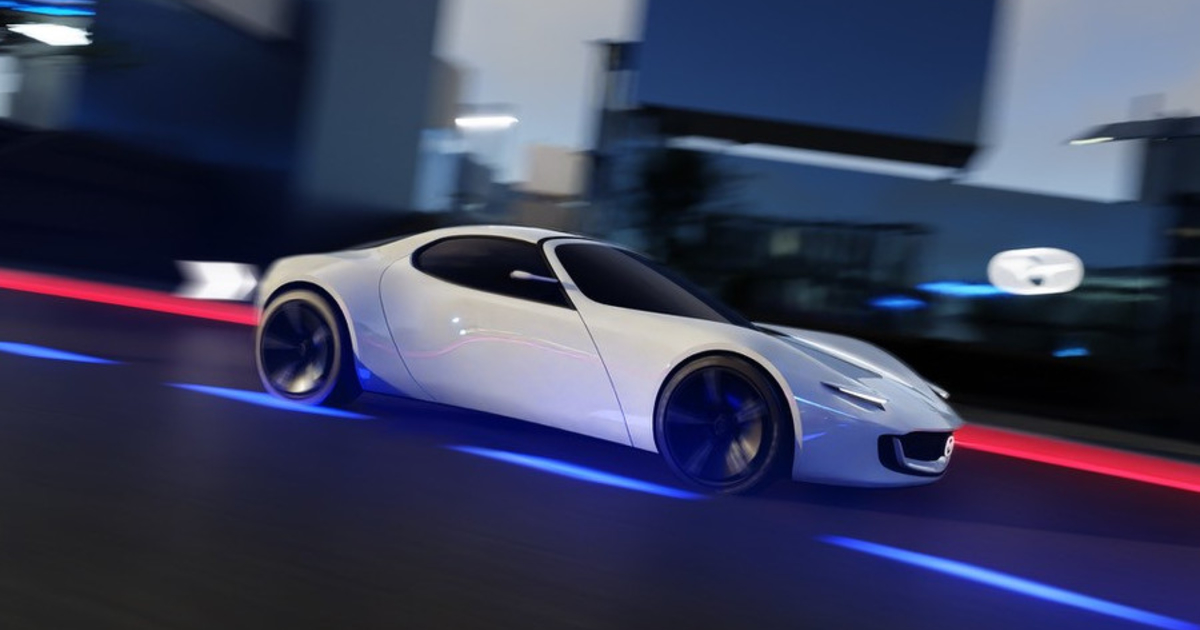 TOKYO – Electric vehicle laggard Mazda Motor Corp. will plow 1.5 trillion yen ($10.6 billion) into electrification through 2030 with a string of new partnerships targeting everything from batteries and motors to computer chips in an attempt to catch up in global race for new technologies.

The plan could include EV production in the U.S. as early as 2026-2027, the second phase of the company’s just-updated mid-term business plan, CEO Akira Marumoto said.

Under the strategy, Mazda will partner with Envision AESC Group, a Chinese-owned battery maker that also has investments from Nissan Motor Co.

Another tie up on tap is a semiconductor partnership with Japanese electronics group Rohm Co. for advanced inverter chips.

Mazda now expects EVs to comprise between 25 percent to 40 percent of its global sales in 2030. That is up from Mazda’s early outlook of EVs accounting for just a quarter of all volume. The roll out ramps up from 2028 with the major push of battery electrics.

“Up to 2030, we will undertake a full-fledged launch of battery EVs,” Marumoto said, adding that the shift will include EV introductions in China and other global markets.

Mazda is also considering U.S. production of electric vehicles in this timeframe, Marumoto said. It is studying the requirements set forth by the recently introduced Inflation Reduction Act, or IRA, to see how it can qualify for the EV tax credits afforded makers of domestically produced EVs.

“North America is the most important market for us,” Marumoto said. “There are still some unclear things about the IRA, and we need to have a better understanding of it.”

Added Marumoto: “Given the importance of the market, we hope to manufacture EVs in North America at some point. But at the moment, we are thinking of the possibility in the second half of the phase 2.”

Marumoto noted that Mazda already plans to produce a hybrid version of its CX-50 crossover at the company’s new assembly plant in Alabama, which is jointly run with Toyota Motor Corp.

Mazda, together with its partners, expects to invest 1.5 trillion yen ($10.6 billion) in the push, said Akira Koga, senior managing executive officer in charge of corporate strategy.

Along with releasing the new plan, Mazda also teased a new sports car design exercise called the “Vision Study Model.” The rear-slung coupe cuts a silhouette reminiscent of the RX-7 or RX-8.

Mazda will also introduce a new hybrid system, Marumoto said. And toward the end of the decade, Mazda will also consider investing in its own battery production.

The Hiroshima-based carmaker had originally hoped to announce the revision last spring.

But the move was derailed by fresh uncertainty dumped on the market by the war in Ukraine, continuing pandemic lockdowns in China and ongoing upheaval in the global supply chain.

Mazda’s move comes as the longtime internal-combustion stalwart wrangles with how to map out it future in the EV age. High-tech, high-efficiency gasoline and diesel engines have long been Mazda’s strong suit. And the company has only one EV and a handful of hybrids.

The up-shift into EV mode comes as Mazda readies the rollout of a clutch of new crossovers, the CX-70 and CX-90 for the United States and the CX-60 and CX-80 for Europe, Japan and other markets. Those upcoming products will feature mild- and plug-in hybrid drivetrains.

Mazda had earlier said it will dive deeper into electrification with another new platform around 2025 — a dedicated EV-only architecture that can scale to different sizes.

Still, Marumoto declined to offer a specific target for EV sales in 2030, saying market demand will probably be fluid. He noted that somewhere between 60 percent and 75 percent of the market will still require an internal combustion engine, even by Mazda’s estimation.

“We are not dismissing internal combustion vehicles,” he said. “We will have to respond flexibly.”

Seeking help from friends is one way Mazda, with its limited scale, can spread development and manufacturing costs. Among the partnerships announced in the mid-term plan is the team-up with Rohm, which will develop silicon-carbide power semiconductors for electrified cars.

“We will proceed with electrification step by step with our partner companies,” Marumoto said. “We will need to have technologies for battery and electric drive units in-house.”

Mazda’s new midterm plan stretches to 2030 and will prioritize revenue per vehicle and profitability over volume. Under its current plan, Mazda has said it expects global sales of all types of vehicles to rise to 1.8 million units in the fiscal year ending March 31, 2025.

Marumoto did not offer a revised volume target. But assuming global sales at that level or higher in 2030, the new electrification plan would amount to as many as 720,000 EVs by then.

Mazda plans to get there with the new EV platform debuting around 2025.

Marumoto detailed the previous mid-term business plan in May 2019, targeting a sustainable operating profit margin of 5 percent by the fiscal year ending March 31, 2025.

In the fiscal year ended March 31, 2022, Mazda booked an operating profit margin of 3.3 percent. But in the latest quarter of the current fiscal year, it zoomed up to 7.3 percent.

Still, in the 2019 announcement, Mazda also downgraded its long-term sales goal in line with tougher realities. Mazda’s more modest goal of 1.8 million vehicles, was trimmed from an earlier vision for selling 2 million in the fiscal year ending March 31, 2024.

Naoto Okamura contributed to this report