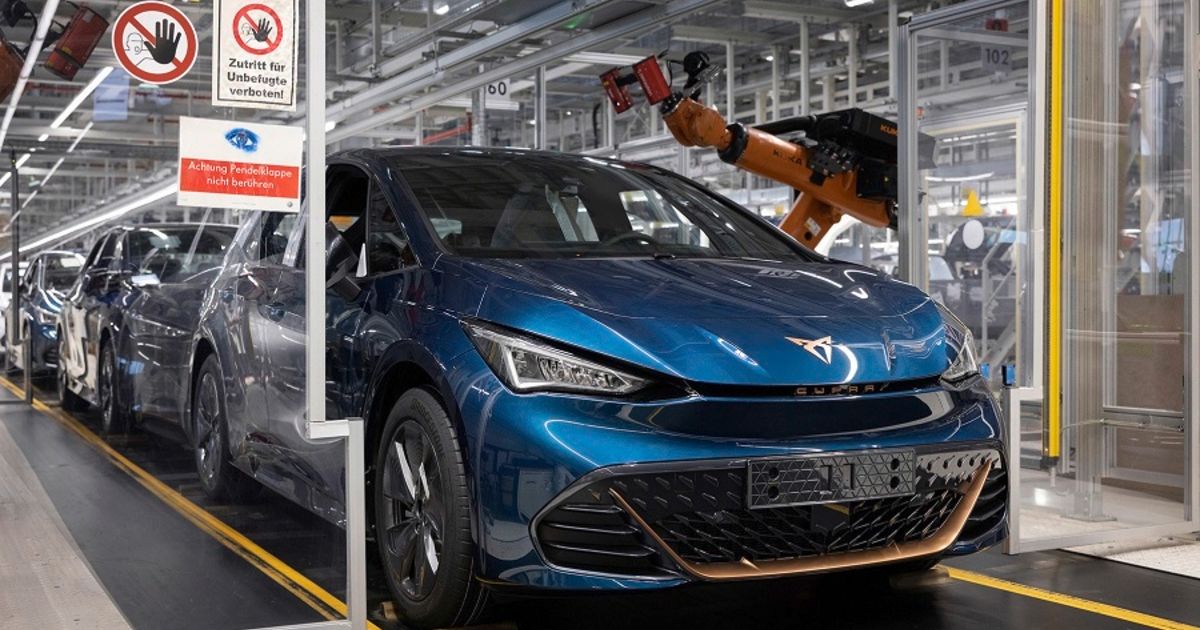 The report, from AlixPartners, found that material costs for EVs were $5,076 per vehicle in September, an increase of $2,152 from the 2020 average. In the same period, material costs for combustion vehicles (including hybrids) were $1,851, up from $1,475 in 2020. Material costs for plug-in hybrids have not been calculated but are most likely higher than those of BEVs, said Dario Duse, head of AlixPartners in Italy, at a recent event in Milan to present the AlixPartners study.

The costs are for production in Europe and include all key raw materials; costs include both those born by carmakers and part suppliers.

According to the AlixPartners report, EV-specific costs account for more than 60 percent of the total for full-electric cars, or $3,100. The remainder is materials common to all powertrains.

Duse said a switch to less-expensive battery materials would help push down EV production costs. Battery-electric vehicles today use lithium-ion batteries, made with lithium, cobalt, manganese and high-grade nickel; prices for these materials have soared recently.

AlixPartners found that material costs for EVs peaked at $6,848 in March 2022. Duse said he expected the recent economic slowdown to push down prices even further.

Renault Group CEO Luca de Meo said at the Paris auto show last month that he did not see price parity between EVs and combustion-engine vehicles coming any time soon, part because of price increases for raw materials.

De Meo said that eight years ago the industry was expecting the cost per kilowatt-hour of battery power to fall to $100 within five years, but prices milestone has not yet been reached.

“I can come up with better battery chemistry and better power electronics, but these gains would be erased when the price of cobalt doubles in just six months,” de Meo said.

Future electric vehicles — those arriving after 2025 — could shift to sodium ion or lithium sulfur battery cells that could be up to two-thirds cheaper than today’s lithium-ion cells. Their promise, though, hinges on potential breakthroughs in electrochemistry.

At the same time, increased EV production will gradually add scale and lower costs per vehicle for capital expenditures and R&D, Duse said.

Energy prices also skyrocketed in the last year, AlixPartners found, with the cost for industrial purposes increasing 230 percent from January 2019 to September.

This increase has had a relatively moderate effect on automotive production costs so far, according to AlixPartners, but a larger impact is expected by 2024.

According to the report, the average energy production cost per internal-combustion vehicle in Europe increased by $512 in the first half of 2022 from 2020. Futures prices indicate that natural gas costs will be 4.5 times higher in 2024 than in 2020, which would add an additional $720 per vehicle.

The 2020-2022 increase is mainly due to energy used in extracting and transforming raw materials (68 percent); energy for parts assembly accounts for 18 percent, with vehicle assembly the remaining 14 percent. Duse estimates that energy costs for BEV production have increased less, as the production process is less energy-intensive.

AlixPartners has also trimmed back its sales forecast from the June version of the quarterly study. The company says that sales of passenger cars and light-commercial vehicles in the enlarged Europe region (including Russia and Turkey) will fall to 15 million this year from 16.8 million in 2021 (the June previous estimate for 2022 was 15.9 million) and from a peak of 20.8 million in 2019. The drop includes all areas of the larger Europe region.