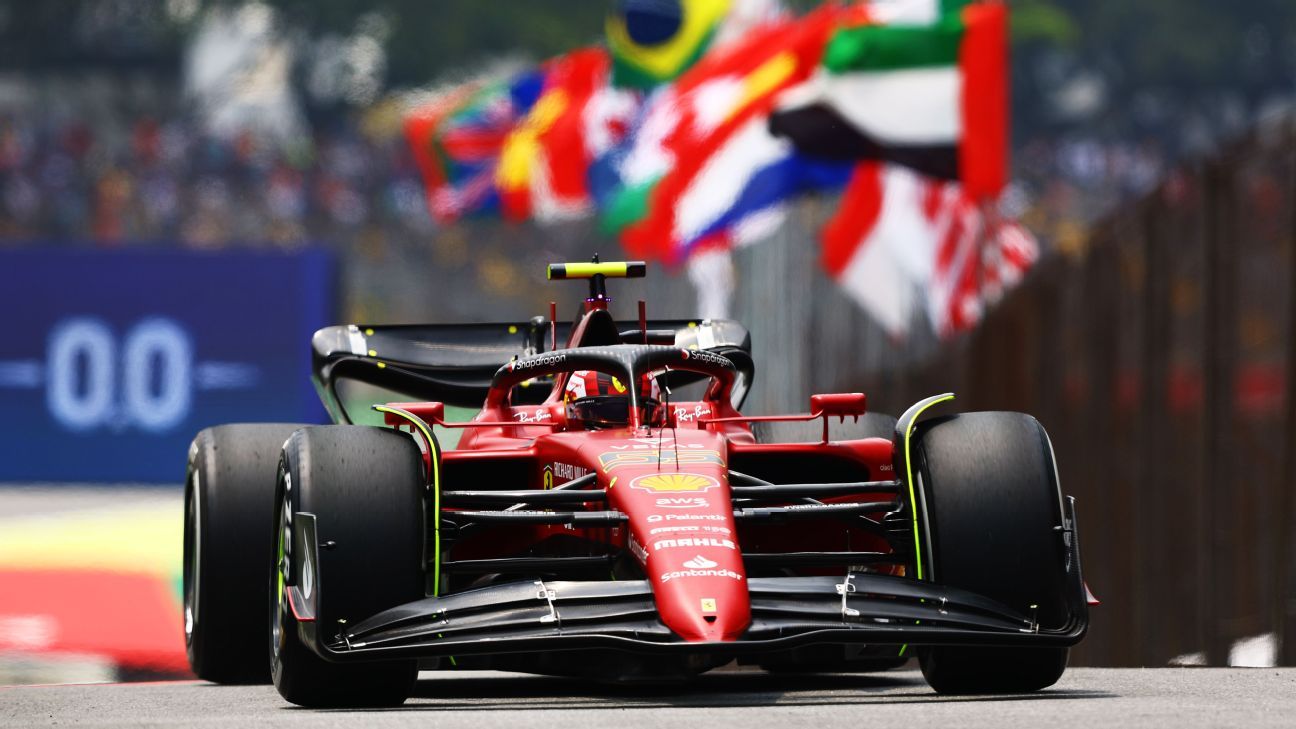 Carlos Sainz will drop five places on the grid at the Brazilian Grand Prix after Ferrari incurred a penalty for fitting a new engine to his car.

Sainz will use his sixth engine of the season this weekend, meaning he is three engines over his original quota of three for the year.

Sainz’s five-place drop will be applied to Sunday’s grid and not Saturday’s sprint race. As a result, in Saturday’s 24-lap sprint race he will start wherever he finishes in Friday’s qualifying session, before dropping five places from his finishing position on Saturday for Sunday’s main event.

Every time a driver goes over the quota of engine components for the season it results in penalty, with a ten-place grid drop for the first offence for each component and a five-place penalty for each subsequent type of component over the quota.

The news puts the onus on Sainz’s teammate, Charles Leclerc, to take the fight to the Red Bulls in Brazil, with Ferrari currently on a nine-race victory drought.

After a disappointing performance in Mexico two weeks ago, Sainz said on Thursday that he hopes he can challenge Red Bull at the two remaining races of 2022.

“We’ve never been so far off the pace in the dry all year, so I think it’s quite clear that we didn’t get it right in Mexico,” said Sainz.

“It doesn’t matter if it was the engine, the car balance, tyres, whatever — there was clearly something that wasn’t working. And now we focus on Brazil and Abu Dhabi, [the] important last two races before the end of the season where we want to get the pace back.

“We want to get back to fight on the podium with Red Bull and Mercedes. I think it’s a very interesting fight up front and keep having smooth weekends where I can learn from the car and prepare for next year.”