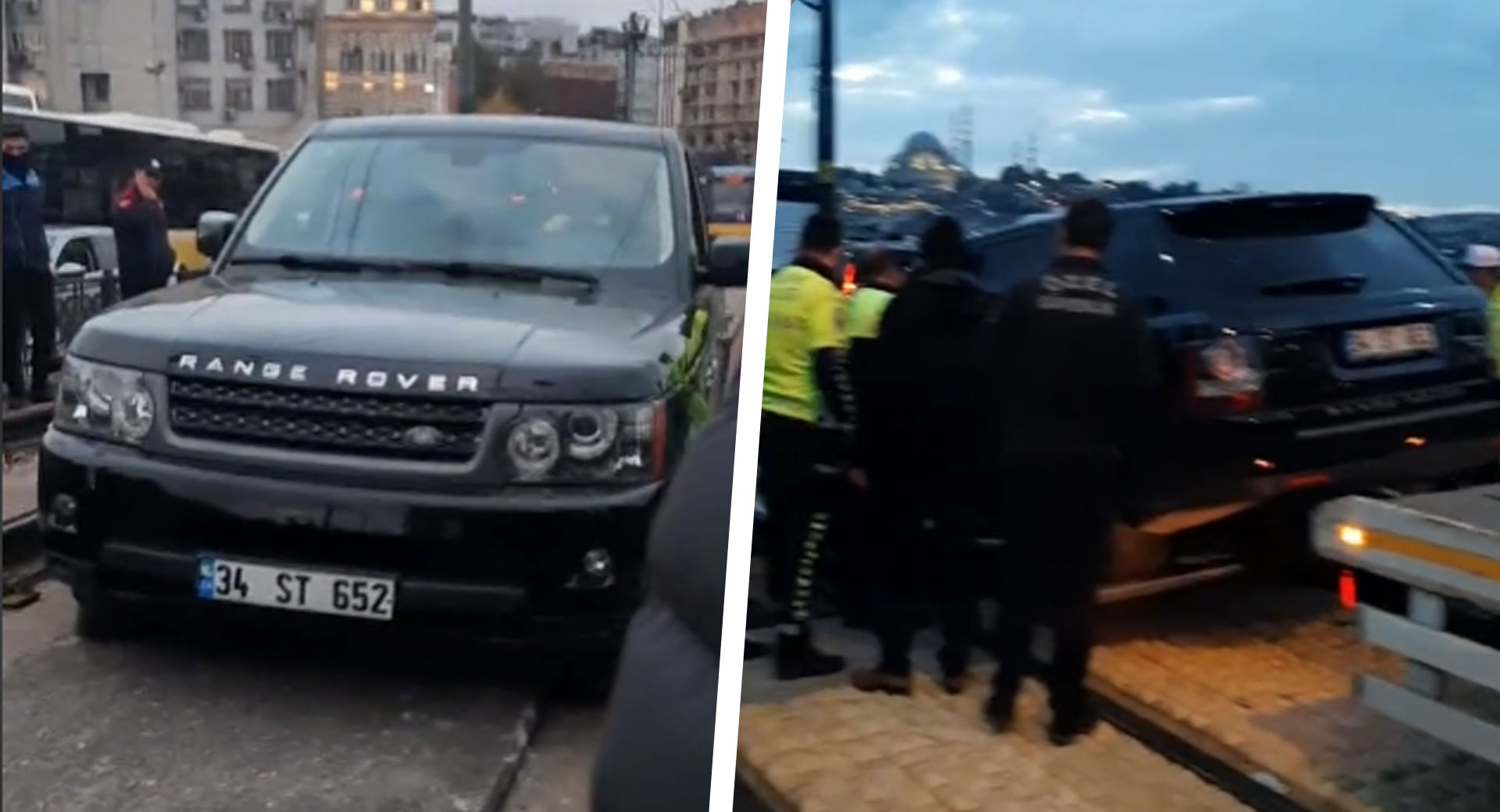 Getting stuck in traffic is never fun, but a Range Rover Sport driver apparently thought they found a creative shortcut.

According to Turkey’s Ülke TV, the driver was traveling from Karaköy to Eminönü and tried to get around traffic by driving on the tramway.

Surveillance video obtained by OdaTV shows the driver sped down the open tracks, before jumping the rails and apparently blowing out his tires in the process. This left the Range Rover Sport stuck between two tracks, despite multiple efforts to free it.

Police eventually responded to the scene as tram traffic was stopped due to the stricken vehicle. As authorities worked to free the SUV, the driver reportedly “watched the work by getting into the vehicle and eating bagels.”

Hopefully they were pretty tasty as the driver was later subjected to questioning by police as well as drug and alcohol testing. There’s no immediate word on the results of those tests, but the Range Rover Sport was eventually freed from the tracks and loaded onto a tow truck. Once the tracks were clear, authorities inspected them and reportedly made repairs to the rails.

While this is far from the first time we’ve seen someone drive on tracks, most of those incidents involved clueless drivers who either made a mistake or took GPS directions a little too literally. That doesn’t seem to be the case this time around as reports suggest this was a deliberate act to beat traffic.