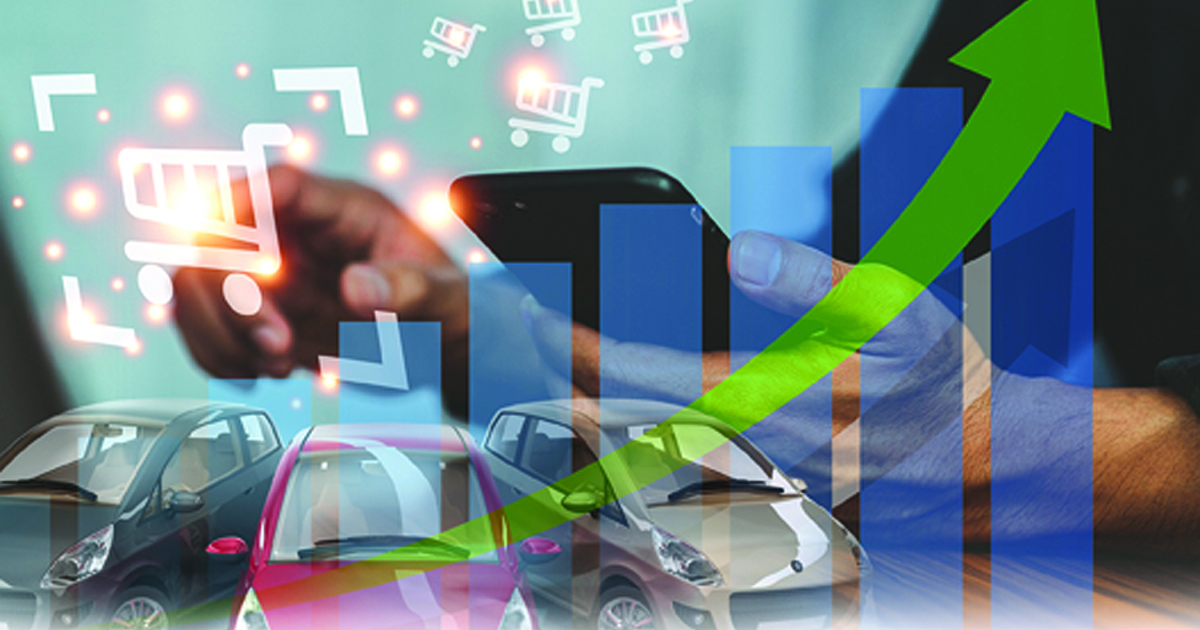 The nation’s public dealership groups say they saw continued digital sales growth in the third quarter, with some retailers selling thousands of vehicles through online sales platforms and others reporting at least half of their transactions involved some online activity.

DeBoer said that more than 30,700 vehicles had been retailed so far in 2022 using Lithia’s e-commerce tools. Many of those transactions did not include a test drive.

“I do believe that there is becoming a greater portion of the consumers that are getting more comfortable with the idea of a vehicle being delivered to home and … not having to test drive a car,” he said.

That range, Hult said, is the “critical mass” at which Asbury would consider changing compensation, staffing and hours at physical stores.

Nearly three in four customers used AcceleRide for some part of their transaction in September, Kenningham said. Group 1 is working to integrate AcceleRide with its dealership management and customer relationship management systems and credit tools, he said.

“We continue to test it in several dealerships and expect a full rollout in the months ahead,” he said. “Our early results are very positive, and we expect this will provide faster and more transparent transactions for our customers.”

In the third quarter, “digital sales represented approximately 5 percent of our total unit sales,” Penske said last month. With Penske reporting that it retailed 109,969 new and used vehicles during the quarter, that works out to about 5,500 vehicles coming from digital sales.

In the third quarter, “omnichannel sales through our new e-commerce platform accounted for 31 percent of EchoPark’s retail unit sales volume, compared to 19 percent in the second quarter,” Smith said last month. “Further, 7 percent of EchoPark volume during the quarter was sold end-to-end online, as guests continued to utilize our enhanced omnichannel purchase experience — with out-of-market buyers representing 60 percent of our e-commerce sales.”

Omnichannel refers to technology and processes aimed at providing a seamless buying experience for consumers whether they shop online, in-store or both.

At AutoNation Inc., CEO Mike Manley told analysts last month that more than 50 percent of AutoNation’s vehicle sales started on its digital channels during the quarter.

“We’ve built, and have continued to build, a compelling customer value proposition through the combination of our digital tools and our physical assets,” Manley said. “That’s critical. It’s really the combination of both of those things.”