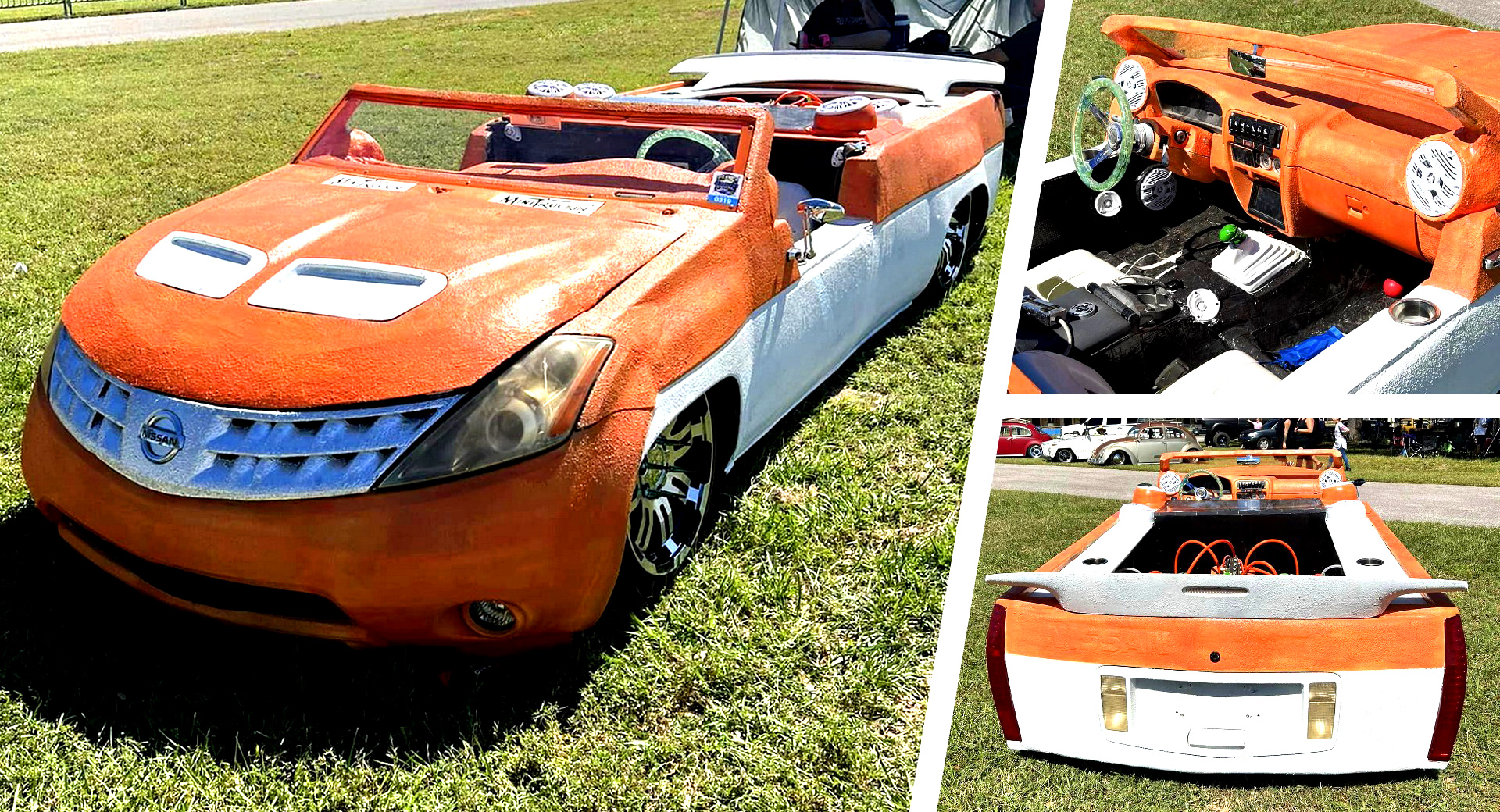 Over the years we have seen plenty of radical modifications on all kinds of vehicles but the latest build we came across online is virtually unrecognizable. This slammed pickup exhibited at the SlamFest in Tampa, Florida last month used to be a 1987 Nissan Hardbody before going under the knife and combining parts from two different models.

The Nissan-branded vehicle is described as a work-in-progress by the owner who sees it as a fun project for his free time. While well-preserved pickups from the ’80s and ’90s in stock condition see their values increase in the used car market, this owner went the opposite direction in a quest to create something unique. 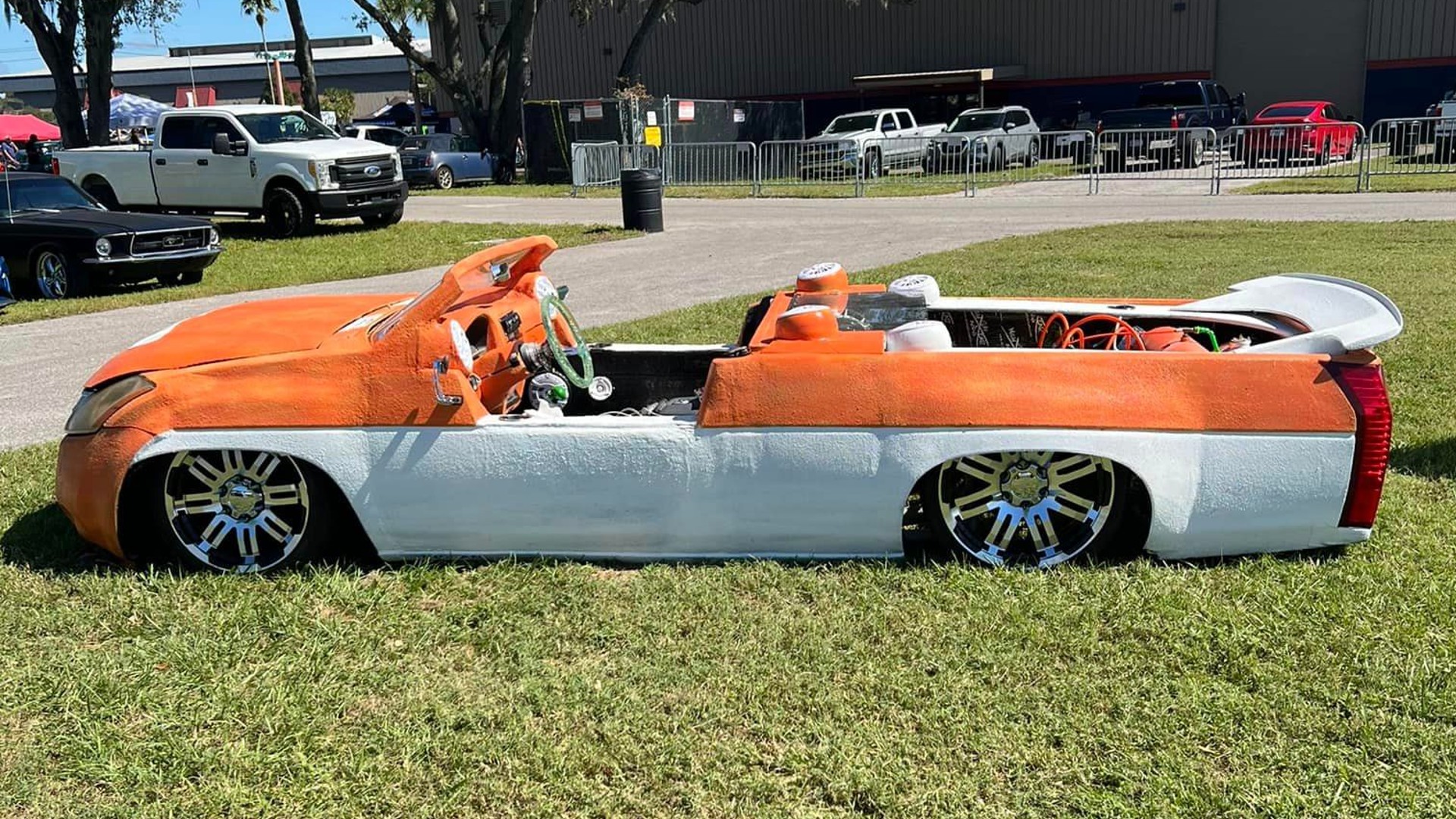 The front end comes from a 2008 Nissan Murano, including the bumper, grille, and naturally yellow-tinted headlights mounted below the vented bonnet. The windshield has been cut, as have the doors which do not open anymore. Still, you don’t need to open them as the ultra-low height means you can easily climb inside the cabin.

The body-on-frame chassis has been slammed to the ground with a set of oversized alloy wheels barely fitting on the custom front and rear fenders. Moving over at the back, the rear bed got taillight and license plate holder transplants from a 2008 Cadillac SRX. Additionally, there is a large rear spoiler because this vehicle clearly needs extra downforce. The fully exposed interior is as wild looking as the exterior with oversized speakers, vivid colors, and leather seats without headrests. 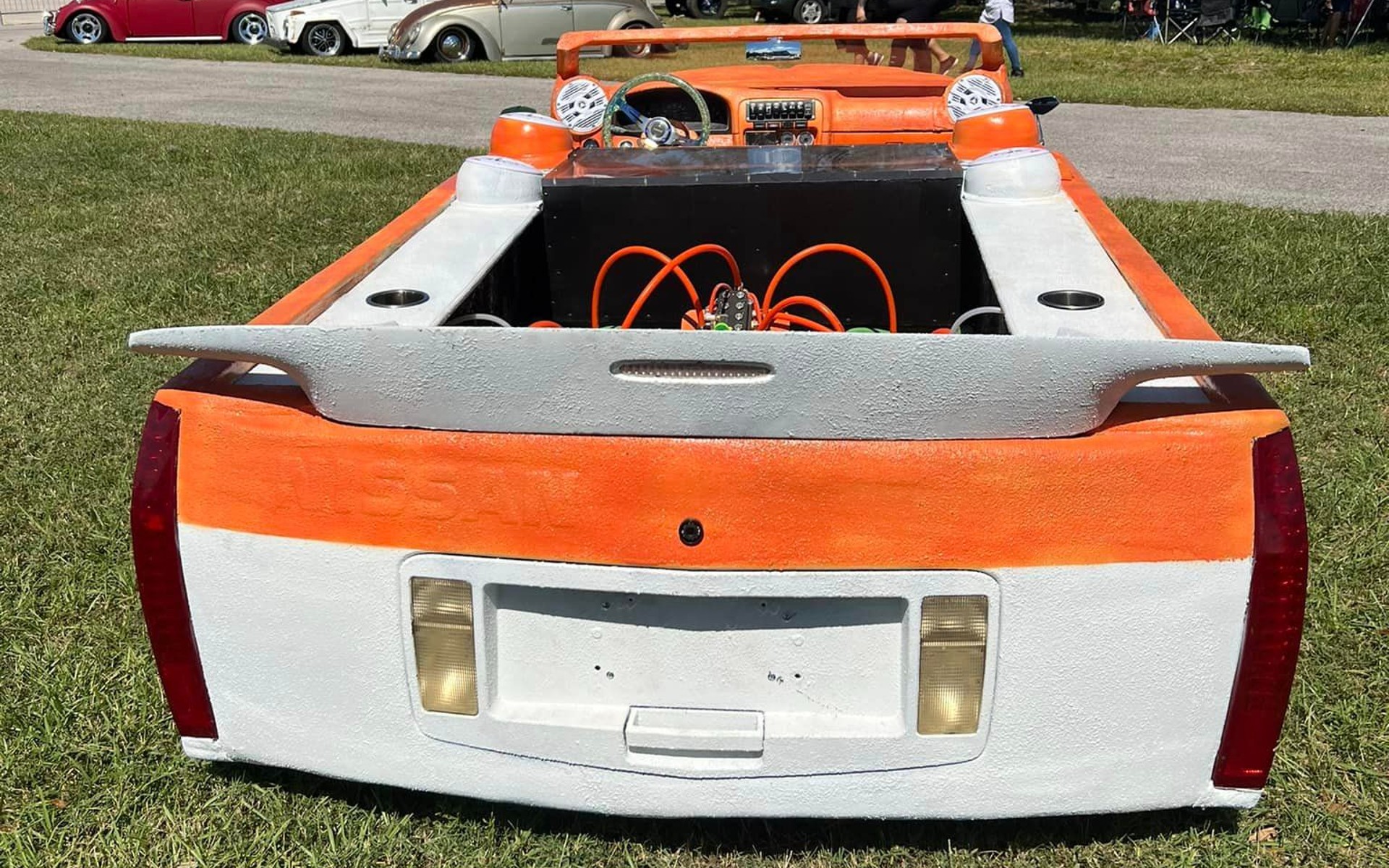 And now we have to address the elephant in the room which is the fact that the entire bodywork is covered in Bedliner, giving it this grainy texture. According to the owner, this is a temporary solution – he put it on so he “could go out and enjoy the day” since there is still a lot of work to be done on the body. The eye-catching livery wouldn’t be complete without the orange and white shades for a two-tone look.

Photos of the truck were shared on Front And Rear End Swaps by a Florida-based car club called Dropt At Birth. The owner was aware that his truck would cause controversy with its styling, stating: “Personally I don’t mind how anyone feels we are all entitled to our own likes and dislikes… This is just something fun for me to play with and enjoy in the sunshine”. Predictably, commenters went wild, with most of them roasting the vehicle.

Photos provided by Dropt At Birth