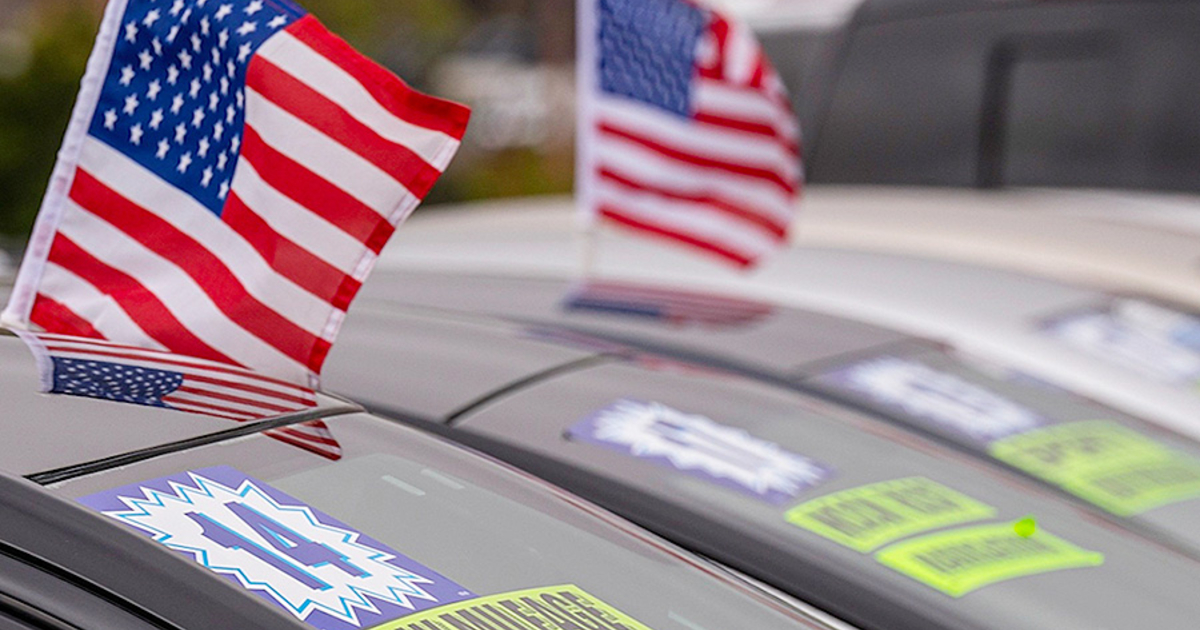 Vehicle listings company TrueCar Inc. reported Monday a loss of $77.1 million for the third quarter — a drop from a much slimmer loss in the same period a year ago .

The company said a vast majority of that loss, which compares with a year-earlier net loss of $6.8 million, can be attributed to a one-time impairment charge of $59.8 million brought on by the sharp decline in its share price. TrueCar’s share price dropped 55 percent, from $3.33 to $1.51, between May 31 and Sept. 30.

TrueCar executives in a Tuesday call with analysts noted that the stock drop meant a similar sharp decline in the company’s market capitalization but did not elaborate much on the charge.

“This is a non-cash charge, so there’s no impact on our adjusted EBITDA nor our cash balance,” TrueCar CFO Jantoon Reigersman said on the call.

Revenue tumbled 29 percent to $39.1 million. TrueCar attributed the decline to high prices on new and used vehicles pressuring “close rates,” as well as limited inventory across the market.

Traffic, cash and equivalents and the company’s dealership count all declined as well.

TrueCar executives said progress of the company’s TrueCar+ digital sales tool was a bright side to the losses seen in the quarter. They also said the industry’s inventory struggles are improving.

“The intense pressure on the global supply chain has started to ease in recent months and vehicle production and dealer inventories have started to improve modestly,” TrueCar said in its letter to investors. “If these trends continue, we expect they will eventually bring about a market shift that runs counter to what has been seen across the automotive industry since the pandemic began.”