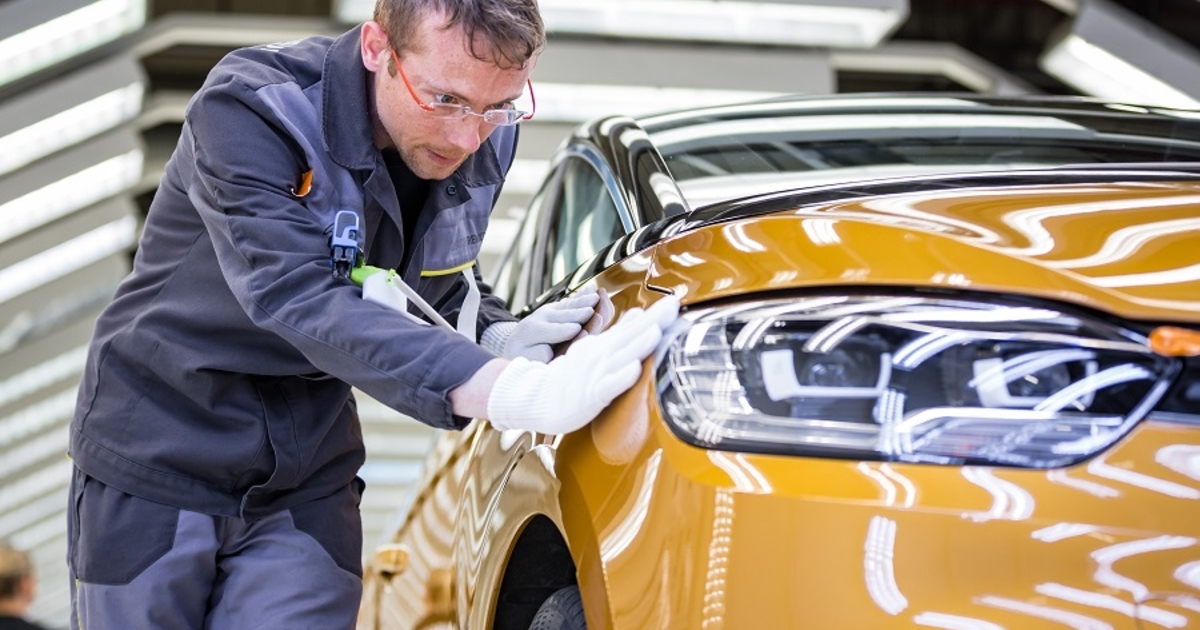 BEIJING — Renault and China’s Geely said they have agreed to launch a new, equally held joint venture that will supply gasoline engines and hybrid technology to the brands they own as well as to other automakers.

While it was not immediately clear whether the venture represents a step towards even closer collaboration on combustion engine cars between the two companies, it marks a critical step in Renault’s complex restructuring.

The joint venture will employ 19,000 people at 17 powertrain factories and three research and development hubs, the companies said. They expect to reach a final agreement and launch the new company in 2023.

Renault and Geely will each hold 50 percent, the companies said in a statement on Tuesday that did not detail other financial terms.

The joint venture will be based in London, a person with knowledge of the terms told Reuters.

Renault and Geely said they expect the joint venture will supply internal combustion engines and hybrid powertrains to Nissan and to Mitsubishi Motors, the junior partner in Renault’s alliance with Nissan.

They said it would have the capacity to supply about 5 million engines and hybrid systems per year once operational.

The announcement came ahead of Renault’s capital markets day on Tuesday in Paris where CEO Luca de Meo was updating investors on the company’s strategy and financial projections. De Meo has previously said the automaker was seeking a partner that would bring scale and drive down cost in its internal combustion business, including hybrids.

Renault and Geely Automobile also have an existing joint venture in South Korea.

The scale of Renault’s planned overhaul — encompassing the combustion engine business the automaker has code-named “Horse” and the electric one code-named “Ampere”  — speaks to the pressure automakers now feel from investors and regulators to quicken their embrace of electric vehicles, with Europe having effectively banned combustion engines from 2035.

As well as seeking to carve out its internal combustion business, Renault has also been in negotiations with Nissan to convince its Japanese partner to invest in its new electric unit.

Nissan has raised concerns about the treatment of intellectual property, including battery and powertrain technology, in its talks with Renault and has indicated those concerns extend to any partnership the French automaker strikes with Geely, people with knowledge of the discussions have said.

For Geely, the joint venture with Renault extends its pattern of building partnerships to expand beyond China. Geely also owns Volvo Cars and has a 9.7 percent stake in Daimler.

Separately, Volvo said on Tuesday that it would divest its 33 percent stake in its Aurobay unit to Geely, without disclosing terms. Volvo and Geely this summer finalized the Aurobay venture, which includes two powertrain plants in Sweden and China.

Analysts Bernstein said the move showed that Geely is pushing ahead with a plan to consolidate the global market for internal-combustion engine (ICE) powertrains.

“As the world focuses on electric vehicles, this is an interesting move highlighting that ICE cars will still be produced for decades and illustrating a path for consolidation of the ICE side of the industry,” Bernstein said in a note to investors.

The UK car industry’s prospects go from bad to worse
Watch This Lifted Truck Become An Exhibit Of Bad Driving At A Drive-Thru
Ford recalls nearly 519,000 Bronco Sports, Escapes in the U.S. over fire risks
Private buyers drive dealership buy-sell activities in first half of ’22
2022 Lamborghini Countach recalled because rear glass may detach