Hiding from the police is quite hard these days with all the fancy tech on cars and helicopters. A car theft suspect learned it firsthand when officers found him in the rear bed of a Ford F-150 Raptor and put him into custody.

It all started on Thursday, October 27, when a Lincoln Aviator was stolen from Ford‘s premises in Dearborn, Michigan. Note that this is only one of the multiple car thefts reported in the past year, with dozens of new vehicles snapped from car factories in Michigan. The police were looking for the suspect who fled the scene under unknown circumstances.

Read: Over A Dozen New Ford Mustangs And Jeep Wagoneers Stolen From Michigan Assembly Plants On The Same Day

Here is a Trooper Two video assisting Dearborn Police getting another criminal off the street. pic.twitter.com/8h6Fdot6OV

With the help of the police helicopter’s thermal camera, the suspect was spotted lying down in the bed of a parked pickup. The vehicle is a brand-new orange-painted Ford F-150 Raptor, probably waiting to be delivered to its respectful owner. The height of the truck and the roominess of the bed, in combination with the darkness, made it seem like a nice hiding place for the suspect who probably didn’t know that helicopters can easily spot heat-dissipating humans from above.

The pilot notified the ground units and a few police officers rushed to the scene. An officer can be seen pointing the gun toward the lying person on the truck bed, and another one opened the tailgate dragging him out.

The video was published on Twitter by MSP Second District, with the description: “Here is a Trooper Two video assisting Dearborn Police getting another criminal off the street”. The helicopter footage was also shared on Instagram by @theraptorconnection gathering plenty of comments and reactions from Raptor fans and future owners. 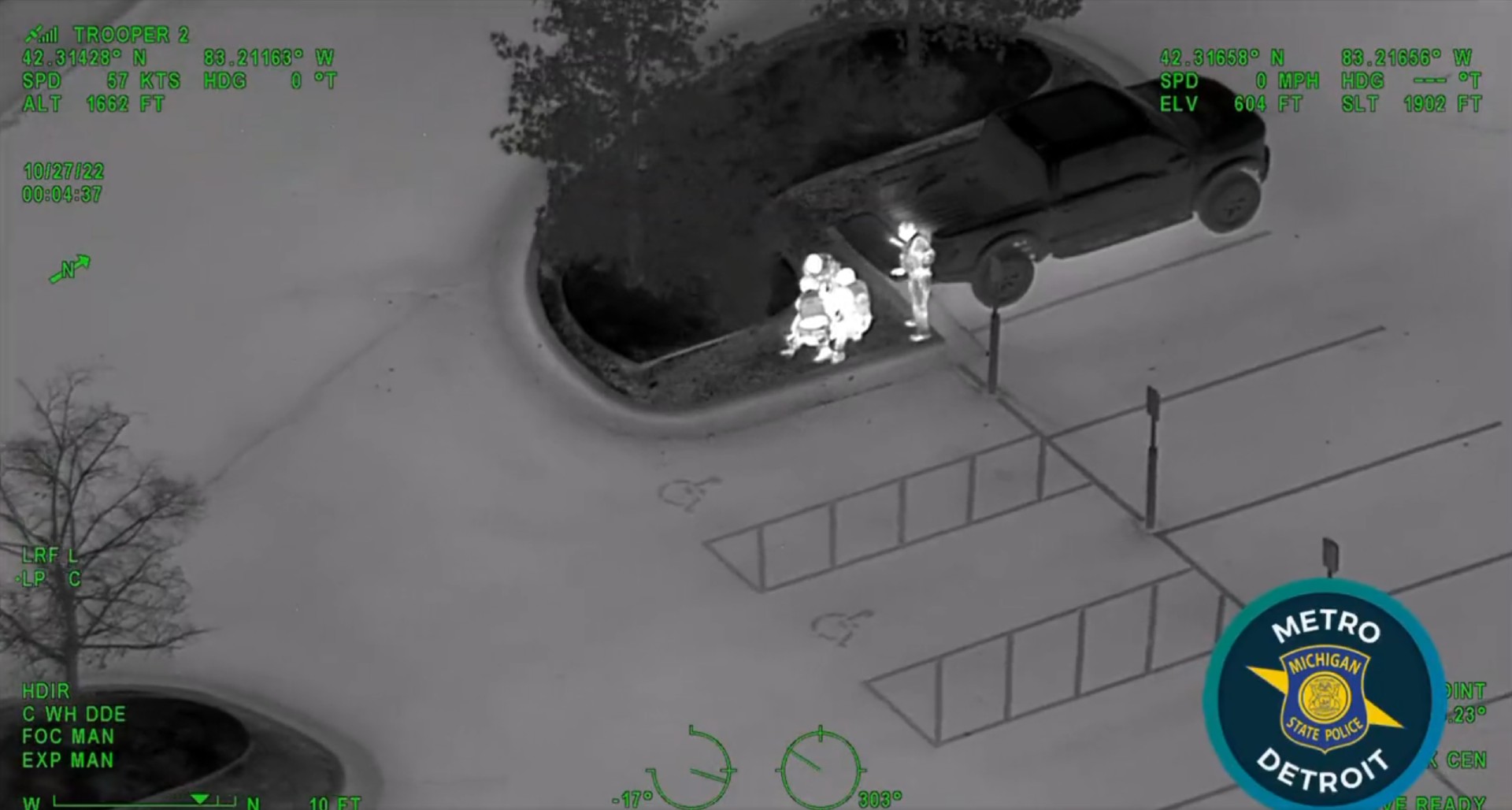