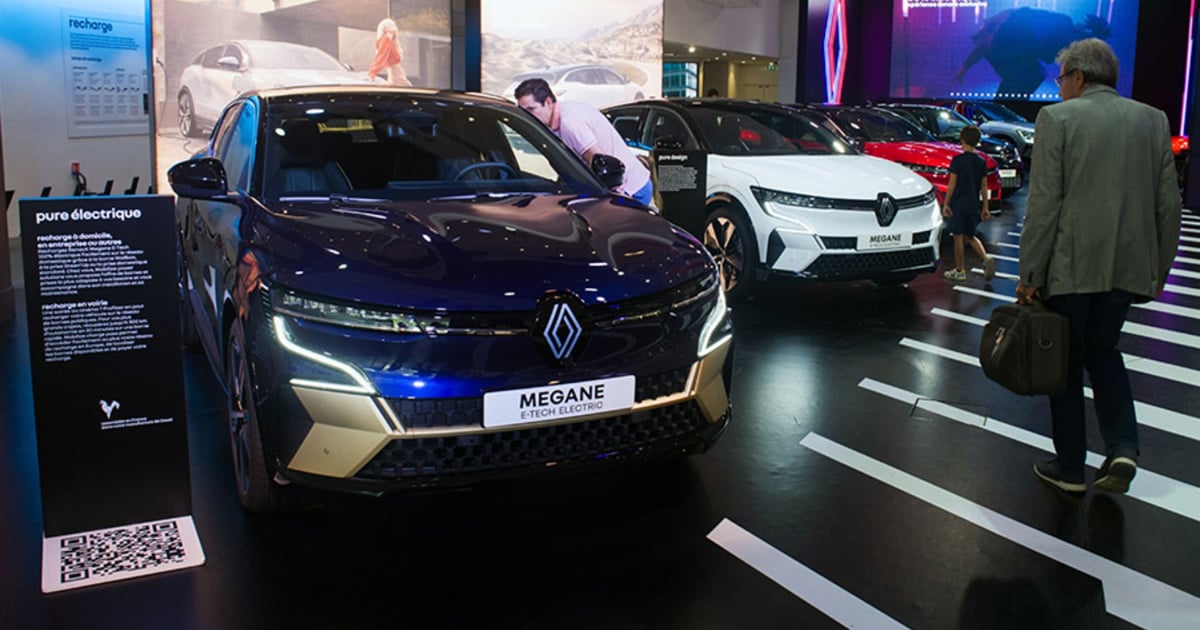 Renault is aiming for a roughly 10 billion euro ($10 billion) valuation for the electric-vehicle business the French automaker is carving out as a stand-alone entity, according to a person familiar with the matter.

The company is preparing the EV and software entity for a potential initial public offering on the Euronext Paris exchange sometime next year, said the person, who asked not to be identified because the information is private and plans could still change.

The carveout of the entity, dubbed Ampere, is part of an overhaul that CEO Luca de Meo will present to investors next week. The split of the EV business from Renault’s traditional combustion-engine operations comes as the maker of the Zoe and Clio seeks to navigate a difficult transition to EVs as a possible recession looms in Europe.

Renault will brief investors about its revamp plans, which are still being finalized, during a capital markets day on Nov. 8.

Ampere’s carveout has been at the heart of talks between Renault and Japanese partner Nissan as the two companies seek to reshape a two-decade-old alliance.

Nissan may invest $500 million to $750 million for a stake of about 15 percent in Ampere but the agreement hinges on a wider deal that would see Renault lower its own 43 percent stake in Nissan to about 15 percent over time to rebalance the alliance, people familiar with the situation have said.

The talks are ongoing and valuation of Ampere has been among sticking points in the Nissan discussions, which have also hit snags over intellectual property concerns. Renault is currently worth 9 billion euros and it may be tricky for the automaker to obtain a valuation for Ampere that’s higher than its own market capitalization.

The IPO would be subject to market conditions, the person familiar with the situation said. Recent turbulence in share prices has put a damper on new offerings.

De Meo also will be giving details next week on Renault’s legacy combustion-engine business, dubbed Horse, which also is being carved out. Renault may announce a deal with China’s Zheijiang Geely Holding for 50-50 ownership of Horse until other investors make further investments, two people familiar with the talks said.

The French government, which owns 15 percent of Renault, has been briefed in detail about the plans, one person said.

The separation of the two businesses is likely to lead to “a better capital allocation and eventually to improved shareholder returns,” Stifel analyst Pierre-Yves Quemener wrote in a note this month.