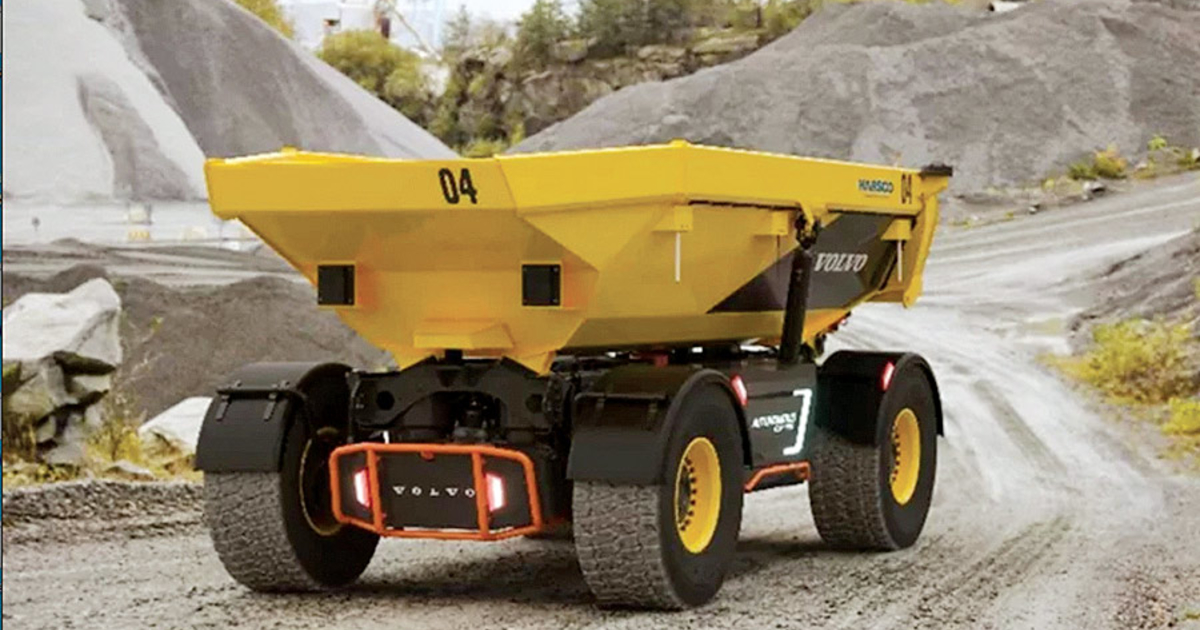 The collapse of Argo AI, the consistent traffic problems created by Cruise’s hesitant self-driving test vehicles in San Francisco and the unfulfilled promise from Elon Musk to turn Teslas into robotaxis illustrate the difficulties facing the autonomous highway.

Investors have poured $160 billion into the dream of autonomous transport over the last dozen years, according to McKinsey & Co., but except for a few test programs, it remains a distant goal.

The latest setback came last month, when Ford Motor Co. posted a third-quarter loss of $827 million, mainly attributed to the shuttering of Argo AI, a self-driving vehicle development company the automaker had invested in heavily.

“We’ve seen in recent years that many companies have made many commitments, and at the end, the complexity of autonomous has been underestimated, or maybe some have overestimated their capabilities,” said Nils Jaeger, president of Volvo Autonomous Solutions, a Volvo Group subsidiary.

Progress has come in dribs and drabs.

Human safety drivers remain present for now, but Waymo is nonetheless the first company in the industry to receive compensation for service to or from an airport.

Waymo’s limited use of fully autonomous robotaxis in Chandler, Ariz., and a similar pilot by Cruise in San Francisco represent incremental success but remain far from the ultimate goal of ubiquitous automated transport, said Emily Shao, the partner who leads McKinsey’s autonomous vehicle practice in the Americas.

Shao said the “holy grail of going to any city” with a robotaxi service is still at least a decade off. The industry is undergoing a shakeout, she said. Other AV companies will fail or be acquired because many billions of dollars of investment are still needed.

The complexity of urban driving is an “extremely expensive and technically challenging problem to solve,” Shao said. “Having more data and talent under one roof allows you to push the problem faster. There are benefits of scale.”

There’s starting to be significant progress in developing the technology and business plans for autonomous trucks and other heavy equipment. But solving the problems presented by the density of traffic, pedestrians and other risks in an urban environment remains daunting, said Martin Daum, CEO of Daimler Truck Group, which owns Freightliner.

“On the highway, everyone’s goal is the same trajectory, the same speed, the same vector, the same direction. Everything not fitting in that mold is danger,” Daum said.

That’s proved to be a problem for Cruise, the General Motors unit piloting driverless taxis in San Francisco.

One day after regulators awarded Cruise a permit for driverless commercial service within a designated section of the city in June, one of its cars was involved in a crash that resulted in injuries.

Other concerns have arisen. Cruise vehicles have clustered at intersections and blocked traffic until humans removed the cars. In at least one instance, the removals took more than an hour.

“It is not a big-bang approach,” Shao said. “Every new geography has to be mapped, tested and validated. It is incremental, but as you get better, the ramp-up of each region should get better.”

Others are also facing challenges.

In September, Volvo’s autonomous technology partner Aurora Innovation said it was “going through the exercise of evaluating its options and long-term strategy.” The statement came after a leaked memo from CEO Chris Urmson presented options for the self-driving company to respond to worsening market conditions and its partners lengthening their commercialization timelines.

The potential actions included selling to a large technology company, taking the company private, spinning off or selling assets and pursuing a small capital raise.

The memo came a month after the Pittsburgh company reported a $1.2 billion second-quarter loss and said it would prioritize autonomous trucking over robotaxis.

Urmson said he believes the autonomous technology industry is undergoing a shakeout, similar to other businesses.

“What we’re seeing now is much like what happened to the automobile industry. At the beginning of the 20th century, there were over 250 manufacturers — by the 1930s, there were only three. This doesn’t mean the industry was a failure — it means it was an incredibly lucrative opportunity that attracted a lot of competition but was also extremely challenging,” Urmson said in a statement.

Aurora plans to remain independent and has the “capital that allows us to ride out the current storm in the capital markets,” Urmson said.

And in fact, Aurora’s focus on autonomous trucking represents an industry shift. Argo AI based its business model on passenger cars and had nothing to fall back on as the timeline for self-driving commercialization grew.

Volvo Group, which plans to use Aurora’s technology in autonomous Class 8 trucks, believes there is a viable path to commercialization that can bypass the urban drive that has become the industry’s albatross.

“In order to not fall into that trap, we have decided to focus on three industry verticals,” Jaeger said.

Volvo sees an initial business in providing autonomy for the quarry and mining industry. Jaeger said that industry has high injury and fatality rates, prompting a need to remove humans from its operations.

Mines and quarries are contained areas with restricted traffic and far fewer random events for an AV to process.

Volvo Autonomous Solutions is already providing autonomous trucking at the Bronnoy Kalk mine in Norway. Several autonomous Volvo FH trucks traverse a 3-mile stretch through narrow tunnels between the limestone mine and the crusher. For now, Volvo operates the autonomous shifts with a safety driver in the cab.

Ports and logistics centers are other areas where Volvo sees an early use for autonomous trucks.

In one project, Volvo is using autonomous trucks to move containers from a DFDS Logistics center in Gothenburg, Sweden, to a nearby container terminal at the port. The trucks are connected to a cloud-based control tower. The journey requires some driving on an open road, but it is limited, with a speed of no more than 25 mph, Jaeger said. And although busier than mines, ports also have restricted traffic.

Still, “it’s a big step up in complexity,” Jaeger said.

The third leg is hub-to-hub on-highway transportation, which others in the trucking industry also are pursuing.

“What you see here is that there is no last-mile vehicle,” Jaeger said.

In this model, a human driver ferries a load to an adjacent highway hub. An autonomous big rig takes over and hauls the freight to a similar hub hundreds of miles away, where another human takes the cargo to its final destination.

Daimler’s Daum said the hubs must be close to the highway.

“It’s a finite mile, which you can map exactly. You can look that the turns fit and that the crossroads are protected with traffic lights,” he told Automotive News.

Embark Trucks Inc., a San Francisco autonomous driving technology company, is working with Alterra Property Group and Ryder to build out a national hub network. Its goal is to be operating fully driverless trucks in 2024.

Daum said the hub-to-hub concept has a longer but still “reasonable” time frame. Within a decade, he expects to see a U.S. hub system for autonomously transporting goods long distances on highways.

Pete Bigelow contributed to this report.

Mazda to plow $11B into electrification catch-up plan
The UK car industry’s prospects go from bad to worse
No Lowballers, This Chrysler 300C Is Royalty
MINI Created An EV Charger In The Shape Of A Giant RC Car Controller
Mercedes boosts green credentials with ad linked to ‘Avatar’ sequel