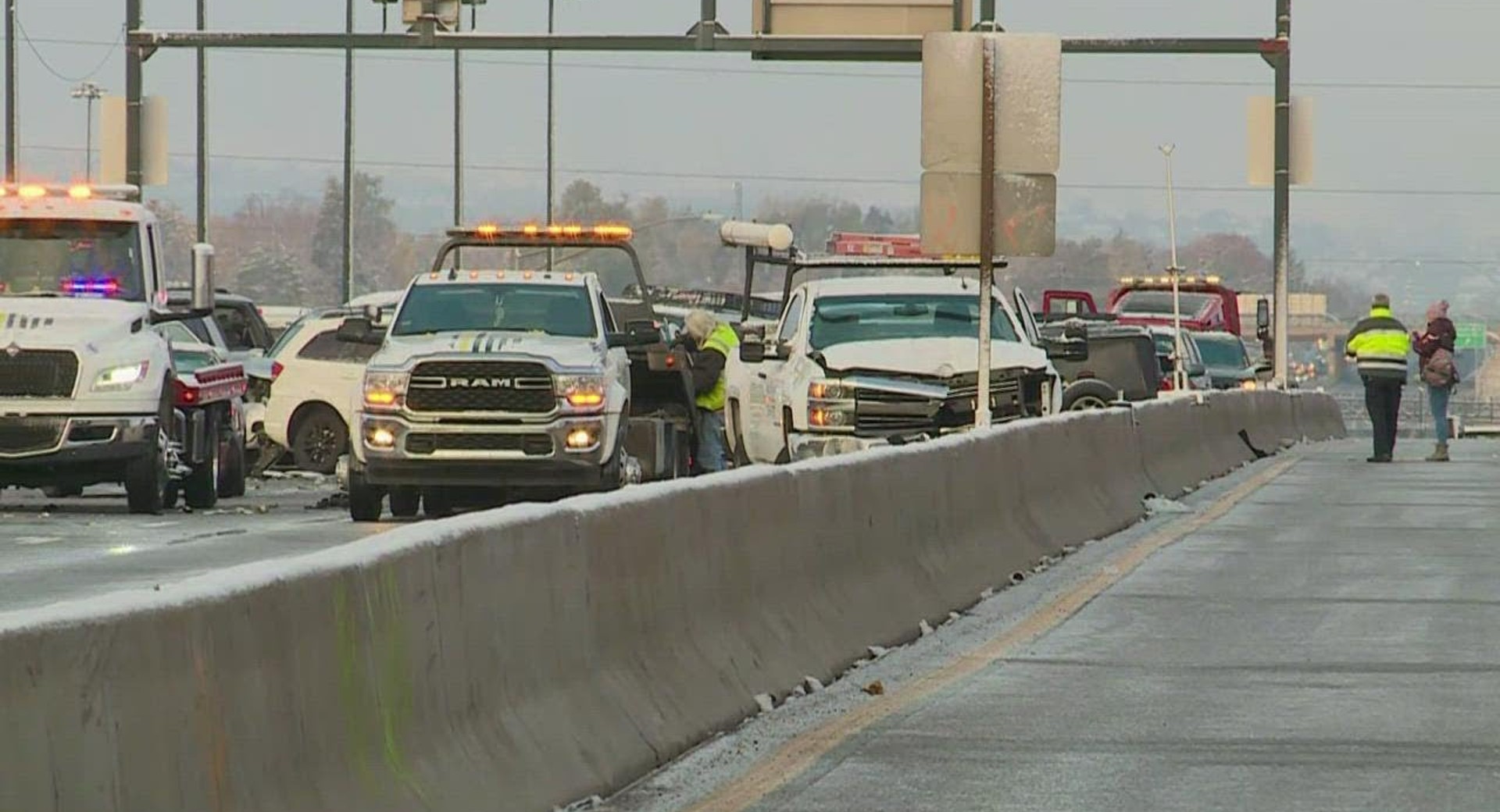 Motorists awoke Friday morning to multiple inches of snowfall in the Denver Metro area. The icy conditions lead to multiple crashes across the city including one involving approximately 100 cars. As of this writing, none of the injuries sustained in the pile-up appear to be life-threatening.

Around 6:20 local time this morning, Denver Police Department reported that Sixth Avenue from Kalamath Street to Federal Boulevard was closed due to multiple crashes. By 8 a.m. authorities had updated that report to say that “about 100 motorists were involved” in the pile-up.

The wreck was extensive enough that the city began to move inoperable vehicles to a parking lot at Empower Field at Mile High, home of the Denver Broncos. Emergency workers shuttled injured individuals to local hospitals while tow truck drivers worked to clear the wreckage. Denver locals who found out about the crash on Twitter reached out to the police in an effort to help too.

By 11:30, 6th Avenue had been cleared and reopened. That section of the street is well-known in the area for being one of the busiest during rush hour. On top of that, it features a number of entry and exit ramps that feed into major thoroughfares Federal Boulevard and I-25. Police have also issued an update for all affected individuals who had their cars towed from the scene. They say to call 720-913-2000, to press 2, and then to have their license plate number ready. There’s no official word on how many cars ended up being towed to Empower Field as of yet. What we can confirm is that a number of other accidents took place across the city Friday morning.