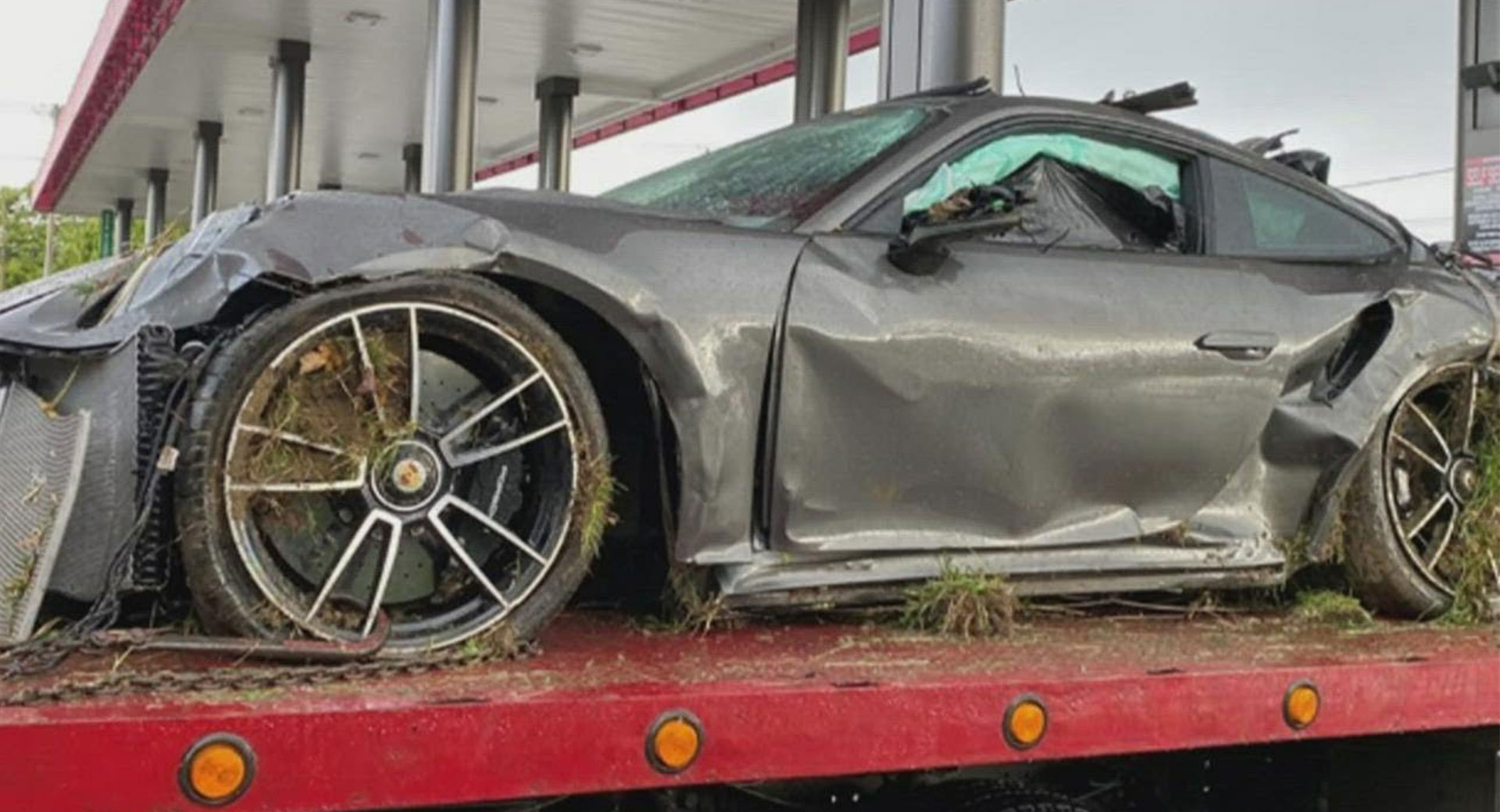 Cleveland Browns’ defensive end Myles Garrett has been fortunate to walk away without serious injuries after crashing his 2021 Porsche 911 Turbo S in Sharon Township, Ohio.

Garrett was driving the Porsche on Monday afternoon with a female passenger onboard when the sports car left the road and came to a rest on a grass embankment. Bodycam footage from a police officer attending the scene of the crash shows the 26-year-old sitting on the grass with a ripped T-shirt and blood on his hand. His passenger, meanwhile, can be seen lying on the grass in the background.

Both Garrett and his passenger were taken to hospitals to have their injuries treated. The NFL star was released from Cleveland Clinic Akron General on Monday evening with a sprained shoulder, cuts, and a strained bicep.

Read Also: This Porsche 911 Turbo S From TopCar Is Wearing Nothing But Green Carbon Fiber

Footage and pictures after the crash show the full extent of the damage sustained to the Porsche. It is understood that it rolled at least one time and we can see that virtually every single body panel has been left with comprehensive damage.

The damage starts at the front end where the bumper has been ripped from the Porsche and one of the headlights is missing. The hood is bent and the front quarter panels are ruined. A look at the sides of the 911 Turbo S show that they too have been wrecked and confirm that the car is most likely a write-off. It is a similar story at the rear of the car with horrific damage visible.

While neither drugs nor alcohol are thought to have contributed to the crash, police are investigating the accident. It isn’t yet known how fast the car was traveling along the 45 mph (72 km/h) road at the time of the crash, though TMZ Sports reported on Thursday that the Ohio State Highway Patrol issued Garrett a citation for seemingly using an “unsafe speed for the type of roadway being traveled”.

Garrett Has Been Ticketed Multiple Times For Driving Over 100 MPH

While police are still investigating the crash, a report from WKYC citing court records says that the Browns star has been ticketed at least six times for driving over 100 mph (160 km/h) with a high of 120 mph (193 km/h) in the Cleveland area since joining the team in 2017. In one instance, Garrett was stopped twice in 24h, once for going 120 mph and another for 105 mph.