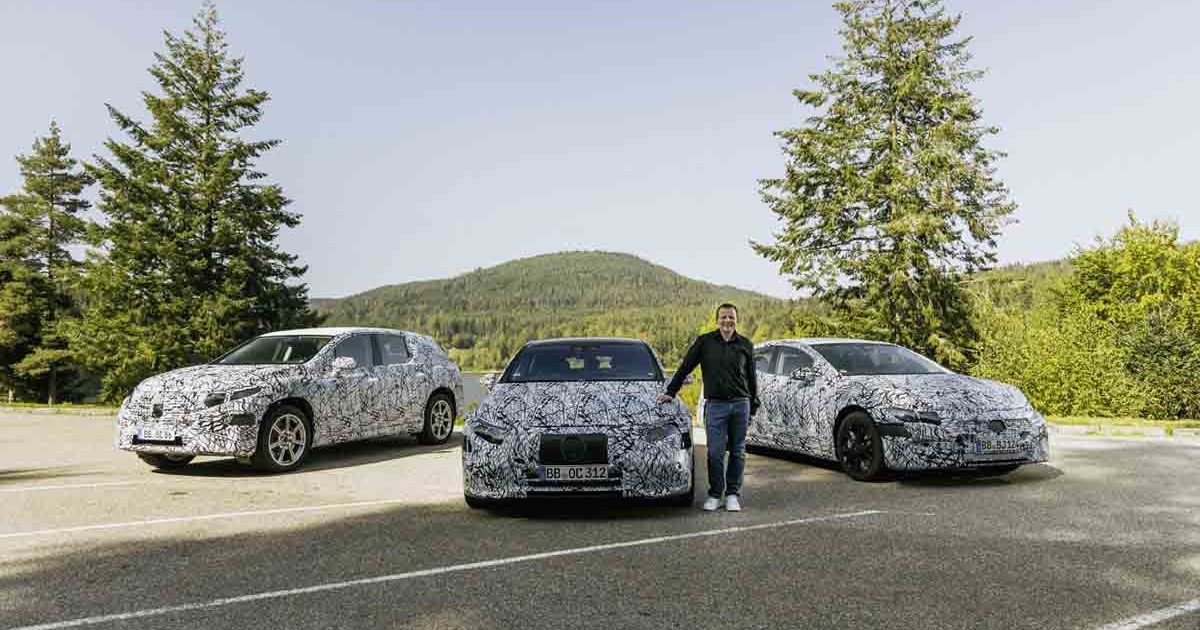 DENVER — More than a decade ago, venture capitalist Marc Andreessen famously claimed, “Software is eating the world.” That trend certainly is reverberating through the automotive world.

What was once a primarily atoms-focused hardware business is increasingly morphing into a bits-driven software and services one. Powertrain electrification and in-vehicle connectivity have turned cars into computers on wheels, with the average vehicle running more than 100 million lines of software code.

Christoph Starzynski, who leads the development of Mercedes-Benz‘s electric EQ subbrand, has a front-seat view of the industry’s tech transformation as he helps navigate the German luxe brand toward an all-EV lineup.

In a software-first world, automakers can deliver new functionality and dial up performance via over-the-air updates long after the vehicle has rolled off the assembly line, Starzynski told Automotive News at a press event here last week.

“How can we, with incremental steps, improve the product without asking the customer to come into the workshop?” he said.

In a world of “software-defined vehicles,” old-school automakers are competing with new-school Silicon Valley for computer engineers, user-experience developers and coders.

General Motors said it would hire more than 8,000 tech workers this year to accelerate the development of electric vehicle and software-driven services. Mercedes, meanwhile, is recruiting an army of 10,000 software engineers in Berlin, China, India, Israel, Japan and the United States.

In a survey of 572 auto executives by research institute Capgemini, 97 percent said that four out of 10 in-house workers would need software skills within five years, from IT architects to cloud management professionals to cybersecurity experts.

Automakers are rewriting their product development playbook to prioritize speed and collaboration.

“We’re in a different competition right now,” Starzynski said. “We looked around and asked, ‘Whom can we learn from internally?’ ”

Mercedes found inspiration in its Formula 1 racing team, which relies on “continuous iteration” to shave milliseconds off lap times each weekend.

“We brought people together from all areas, and they were fighting for the best ideas,” Starzynski. “Then we pulled management in” at the board level for quicker decision making.

Mercedes also looks beyond its R&D labs to stay ahead in the auto industry’s technology arms race.

Starzynski said the automaker is investing in startups “to see what’s the best horse in the race.”

Meanwhile, an investment in Alameda, Calif.-based Sila could bring highly energy-dense battery technology to an electric G-Class wagon around mid-decade.

The Sila battery uses silicon-based anodes and is 20 to 40 percent more energy dense than comparable cells on the market, Mercedes said.

Starzynski said the boxy, off-roader will be the “perfect car” for the technology.

Hyundai is on a hot streak in the U.S., but Biden’s Inflation Reduction Act could spoil it
Two Police Officers Arrested After Crashing Marked Patrol Cars While Driving Drunk
World Cup of Circuits: Which countries at Qatar 2022 have the best track?
Kia, Jaguar Land Rover, Volvo dealerships trade hands across four states
VinFast ships first EVs to the U.S.