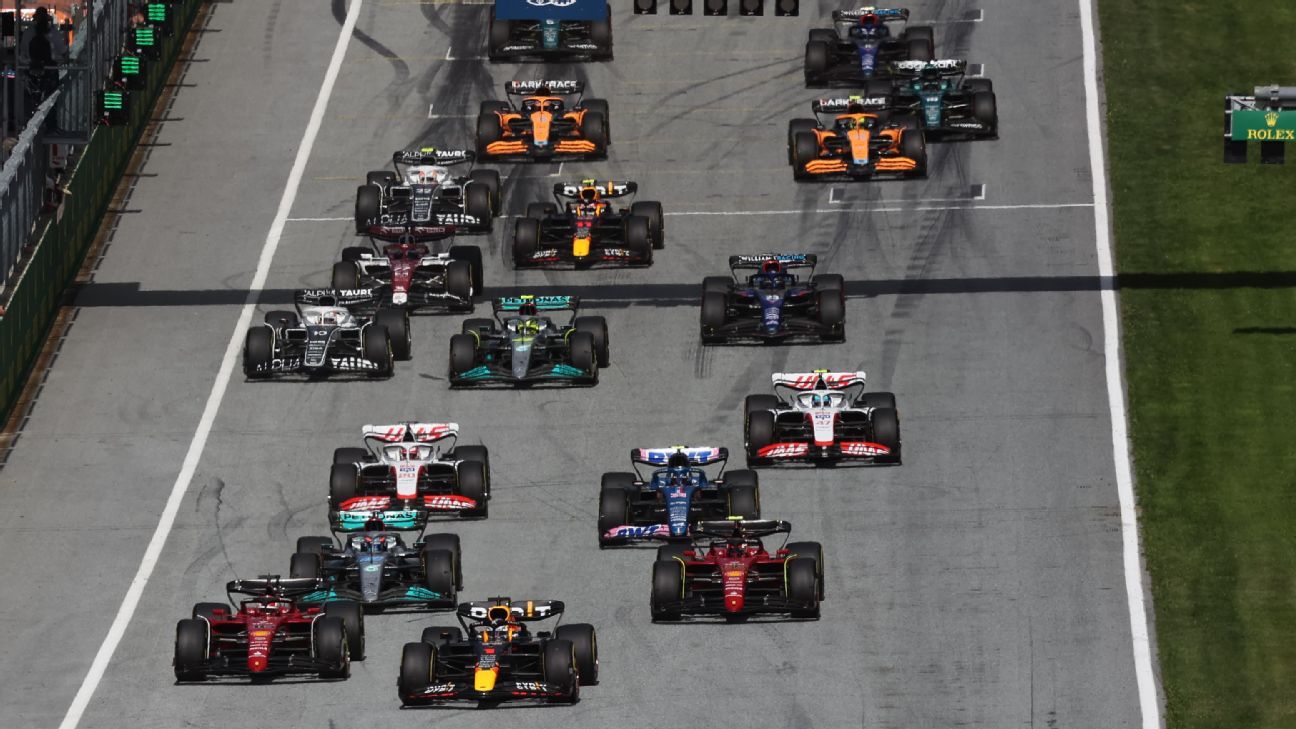 Six Formula One grands prix from the 2023 season onwards will have sprint sessions after the governing body, the International Automobile Federation (FIA), on Tuesday approved an increase from three events this year.

Sprint sessions have become highly popular with fans since it was introduced last year with qualifying taking place on Fridays and Saturday’s short sprint race deciding the grid for Sunday’s main race as well as awarding additional points.

The 2022 season has had sprint sessions at the Emilia Romagna and Austrian Grands Prix, with the Sao Paulo Grand Prix set to host the final one. The FIA added next year’s additions will be confirmed in due course.

“The sprint provides action across three days with the drivers all fighting for something right from the start on Friday through to the main event on Sunday — adding more drama and excitement to the weekend,” F1 President and CEO Stefano Domenicali said.

“The feedback from the fans, teams, promoters, and partners has been very positive and the format is adding a new dimension to Formula 1, and we all want to ensure its success in the future.”

Earlier this year, Formula One teams had agreed to double the number of sprint events to six in 2023 at a meeting in April before it was sent for approval by the FIA who sought to evaluate the proposal.

Azerbaijan’s promoter also said they want its Grand Prix in Baku to be one of six proposed Sprint weekends next season.