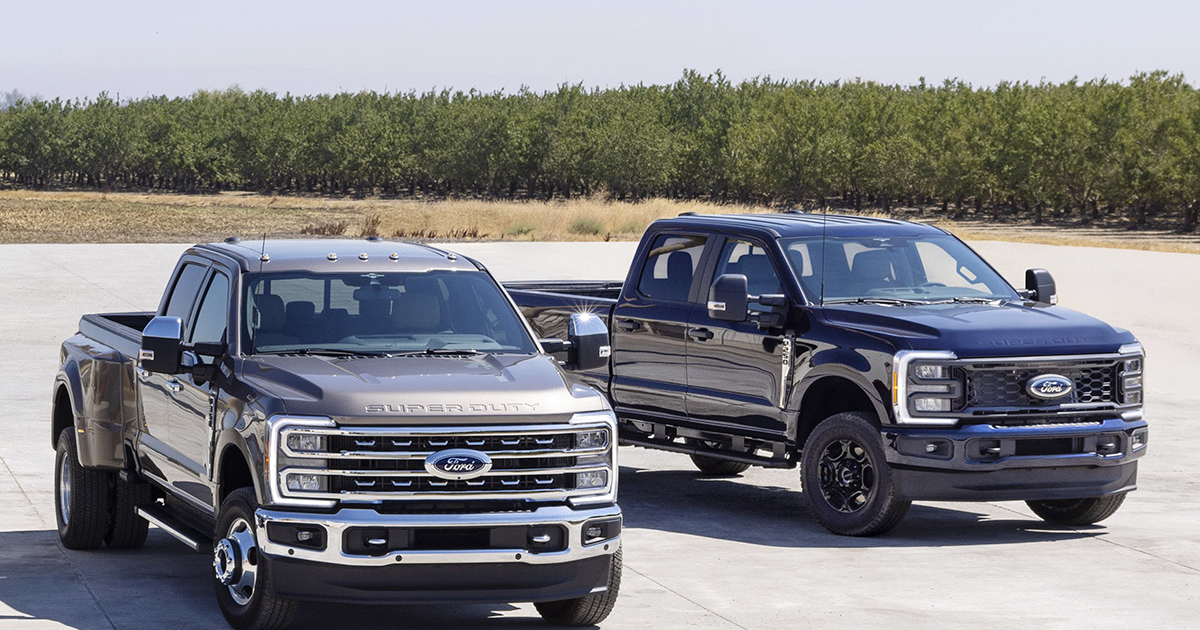 Ford Motor Co. is redesigning the Super Duty line of its F-Series pickups with new technology and new engine options in a bid to maintain one of its most profitable nameplates and better cater to commercial customers.

The 2023 Super Duty lineup, revealed Tuesday evening and expected to go on sale early next year, will get an embedded 5G modem with over-the-air update compatibility, an on-board generator and an upfit integration system for fleet buyers. It’s also adding new driver-assist technology for towing and hauling, as well as features such as a new backup camera to be used when a tailgate is down.

“It’s this idea of continuous improvement, continuous innovation,” Todd Eckert, Ford’s truck group marketing manager, told Automotive News. “Our customer demands that. The world they live in doesn’t stand still. The need for great capability, but more efficiency and productivity with that capability, is really at the core.”

Ford, citing a Boston Consulting Group study, says the Super Duty line alone generates more revenue than Southwest Airlines, Marriott International and Nordstrom reported in 2021. It accounts for more than half of the market in commercial segments such as utility, mining, construction and emergency response vehicles, according to S&P Global Mobility.

While the Super Duty’s profit margins could help Ford build future electric vehicles, executives say there are no plans to electrify the Super Duty.

“Quite frankly, those technologies aren’t able to deliver the kinds of needs from a towing and payload capability standpoint that you have to have for Super Duty customers who are at the top end of heavy-duty work and recreation,” Eckert said.

The redesign includes all new sheet metal, although Ford will continue to use aluminum on the Super Duty and F-150 pickups.

The Super Duty gets a new grille design that was extended to fit around the headlamps for what designers say is “a wide, planted look” up front. Ford added side steps in front of the rear wheels to help users access cargo in the bed.

Ford’s Pro Power Onboard generator offers up to 2 kilowatts of electricity output.

Inside, 8- and 12-inch touchscreens are available; the smaller size is standard on the XL trim while the 12-inch screen is standard on higher models. Ford also added fully reclining seats first used on the F-150.

A head-up display is available.

Technology in the trucks includes a “trailer navigation” system that takes into account trailer height, width and weight and will plan a route to avoid low bridges and tight turns. Ford added a trailer hitch assist feature and 360-degree cameras to provide a bird’s-eye view of the trailer.

A new camera and reverse sensors in the top of the tailgate can help owners back up when the tailgate is down.

“Our goal was to leave drivers with zero blind spots, even when towing the longest trailers,” Andrew Kernahan, the Super Duty’s chief engineer, said in a statement. “Camera views provide every angle, from simulating a drone to making sure customers can see behind the truck even when the tailgate is down. Hitching and towing has never been easier.”

The automaker said it will reveal pricing and power figures closer to launch early next year. Ford builds the Super Duty line at its Kentucky Truck Plant in Louisville, Ky., and Ohio Assembly Plant near Cleveland.

Overall F-Series sales, including Super Duty, have fallen nearly 11 percent to 420,969 this year through August, according to Ford.

The Super Duty reveal comes a day after rival Chevrolet showed a midcycle update to the Silverado HD that will reach dealerships in the first half of 2023. Chevy is giving its heavy-duty pickups a new interior, a more powerful diesel engine and new trailering technology.