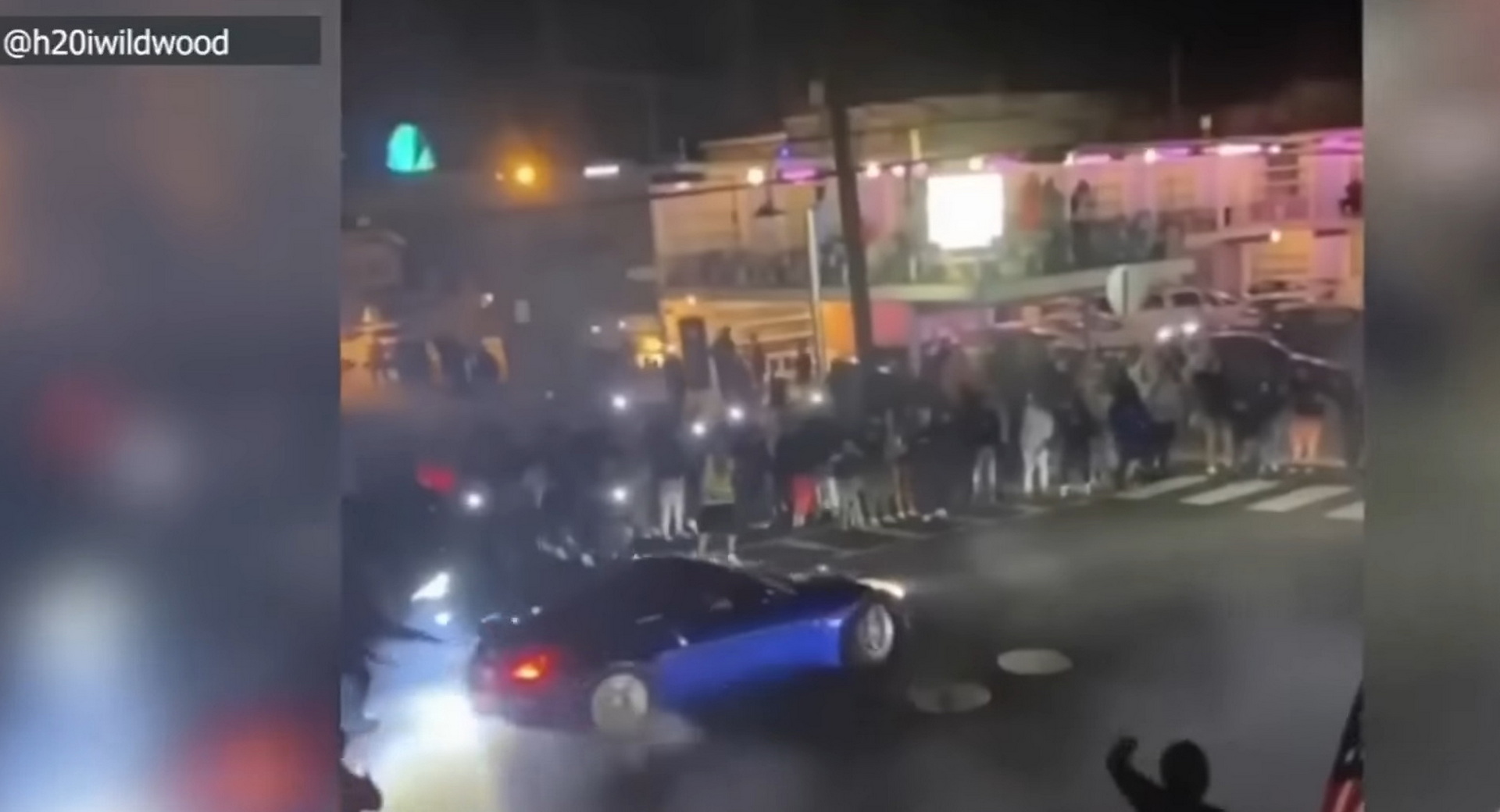 The driver of a 2003 Infiniti is being charged with two counts of death by auto after an accident at H2Oi, an unsanctioned car show that took place in Wildwood, New Jersey, over the weekend.

The driver, Gerald J. White of Pittsburgh, Pennsylvania, is accused of hitting a 2014 Honda Civic followed by two pedestrians. One of the pedestrians, Lindsay Weakland, an 18-year-old from Carlisle, Pennsylvania, was pronounced dead at the scene. The condition of the second pedestrian is not known at this time.

Timothy Ogden, 34, of Clayton, N.J., a passenger in the Civic, was taken to Atlantic City Medical Center, but died from his injuries, reports NJ.com. After the accident, White is accused of attempting to flee the scene, but was caught soon after. As a result, he is also being charged with eluding, leaving the scene of an accident, and violation of laws to protect public safety. He is being held in the Cape May Correctional Facility.

“We have heard of tragic deaths around this country based on stray bullets from illegal shootings hitting innocent bystanders and children. This is no different,” Cape May County Prosecutor Jeffrey H. Sutherland told The Philadelphia Inquirer. “Driving a motor vehicle at a high speed in a populated area is essentially the same as discharging a firearm. The results are the same, death and injury.”

Although authorities were aware of the H2Oi pop-up meet this weekend, they said they were not prepared for the volume of people who would be attending the event that did not have proper permits. Just one of the many incidents that took place, authorities called the meeting, which historically took place in Ocean City, Maryland, “hectic.”

“Make no mistake that the tragic and dangerous events over the last several days in Wildwood, Rio Grande, Seaville and surrounding communities are a direct result of the organizers of a pop-up car rally self-identified as H20i or H2022,” Sutherland wrote in a statement. “Directing hundreds if not thousands of people driving high performance vehicles to an area without any planning, staging or permitting created the chaos that led to these deaths and injuries.”

Indeed, the administrators of the “H2Oi Wildwood 2022″ Facebook Group all left the group shortly after the event wrapped up. Meanwhile, someone wrote “H2Oi ocmd isn’t ever gonna be the same” in the group’s “About” section.

Authorities, though, are promising to look into the matter more deeply now that the weekend’s chaos has subsided.

“There is much to still be learned about the reckless chaos that has descended about our streets this weekend,” wrote Middle Township Mayor Tim Donahue, in a statement. “Believe me, a thorough investigation is underway and there will be criminal charges brought and the organizers of this lawless mayhem will be held accountable.”