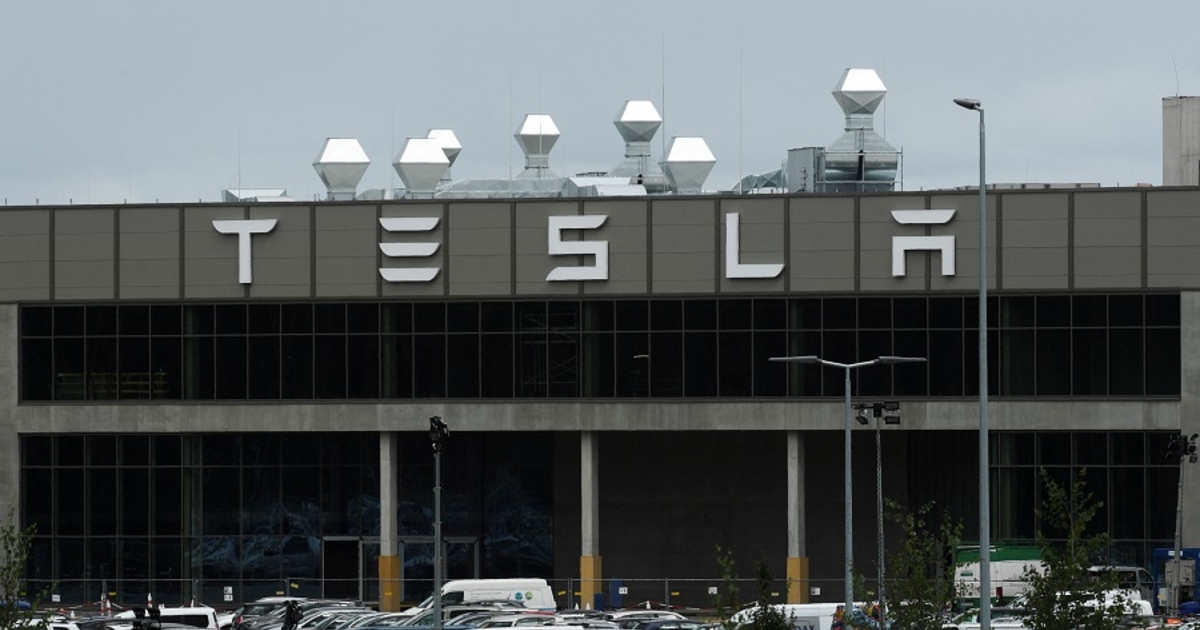 Local residents are demanding that production is stopped at Tesla’s plant in Gruenheide, near Berlin, after a fire broke out on the factory grounds.

Firefighters on Monday took five hours to extinguish the fire, with no injuries reported. The firefighters were called when 800 cubic meters (1,046 cubic yards) of cardboard, paper and wood scraps in an outdoor recycling space had caught fire, a spokesperson for the local fire department said.

Local environmentalists are worried that large amounts of firefighting water seeping into the ground could cause pollution.

“This incident joins a number of incidents that pose a threat to groundwater in the water conservation area,” Manu Hoyer, spokesperson for the Gruenheide citizens’ initiative and the Nature and Landscape Brandenburg association, told the Berliner Zeitung local newspaper.

A drone video shows that burning piles of cardboard were stored in what appear to be a paved area right next to unpaved ground. (See below).

The groups want an immediate production stop while a full investigation is carried out into whether Tesla has implemented enough measures to protect the groundwater.

The citizens’ initiatives made their demands after visiting the plant site on Sunday, shortly before the fire began. They claim that despite ongoing production, essential environmental measures have not been implemented.

“The environmental mitigation has not been done there,” Hoyer said. “It’s all piecemeal.”

The initiatives criticize not only Tesla, but also the state government.

“Only through their massive pressure on the relevant specialist authorities, in particular the water authority, was it possible for Tesla to start production so early without sufficient protective measures,” a statement from the initiative reads. “The SPD-led state government is hawking our state in favor of the profit interests of large corporations.”

The cause of the fire has not yet been determined and police are looking into it, a regional goverment spokesperson said.

The fire at the plant is not the first major incident in Gruenheide. In mid-April, a water-polluting liquid leaked out, which also resulted in a firefighting operation.

The incident follows Tesla’s plans to ramp up production of Model Y cars at the plant, its first European factory.

While the automaker did not give a current production figure for the electric vehicles, it said it had built 1,000 cars a week during the summer, which is about one-tenth of full capacity at the factory, which opened in March.

Stellantis CEO Carlos Tavares to give CES 2023 keynote
The US just made a big decision about Chinese solar – here’s what it means
Here’s how a self-driving truck handles a blown tire
GM battery plant workers to vote on union representation in labor test for the EV industry
Automotive News Detroit Congress: Strategies for sustainable success