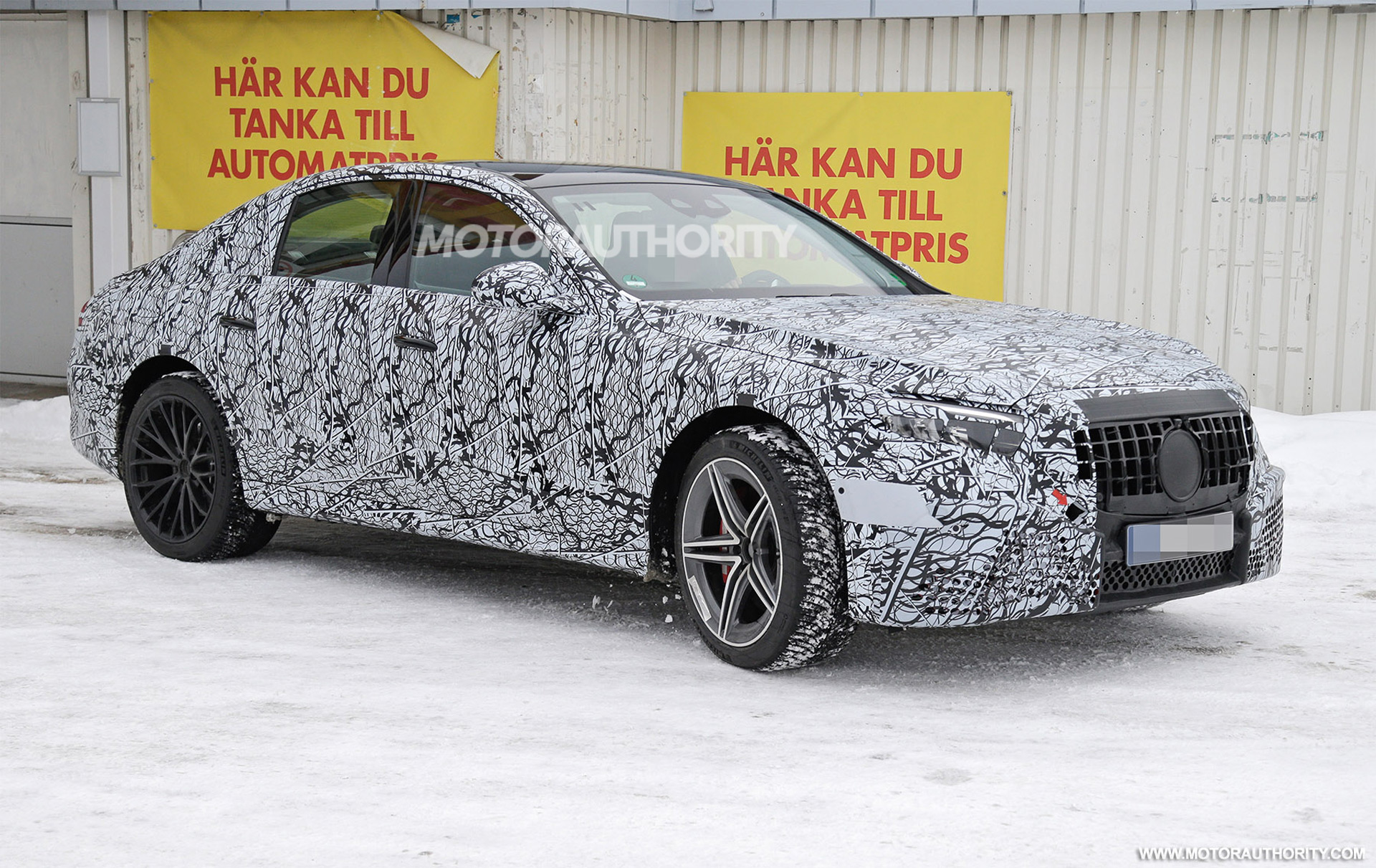 Mercedes-Benz is out testing prototypes for a redesigned E-Class that’s expected to go on sale in 2023 as a 2024 model.

The prototypes are for the regular E-Class, but redesigned versions of the E 53 and E 63 performance variants developed by AMG are also coming. In fact, our latest spy shots show a prototype for the new E 53.

The E 53 and E 63 should arrive about six months to a year after the regular E-Class. 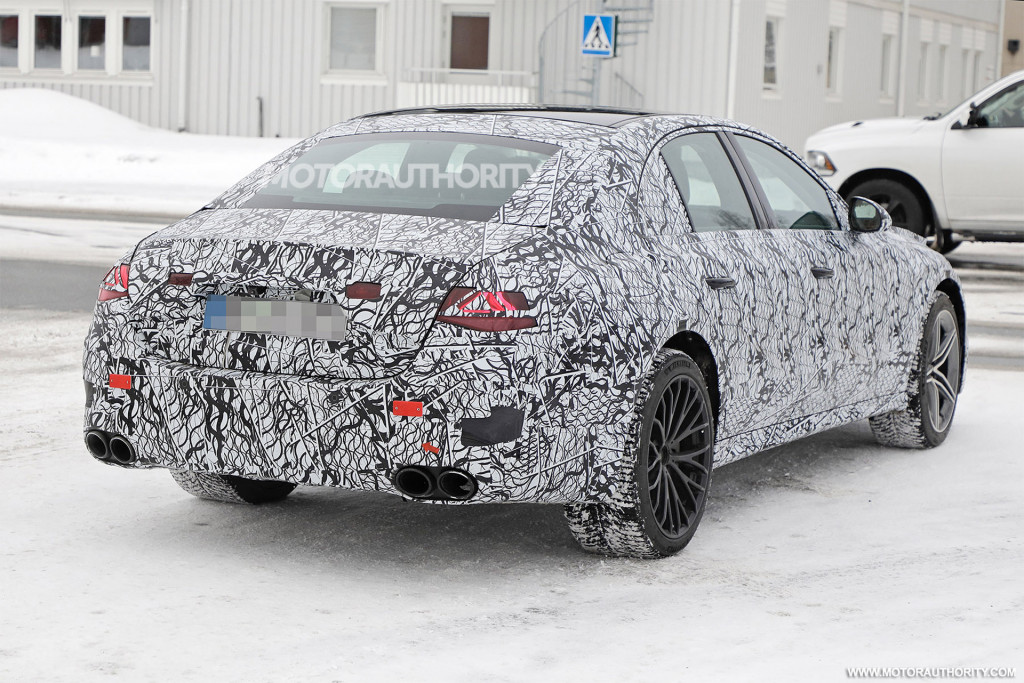 We know this prototype is for the E 53 because of the performance wheel and tire combo, as well as the large brakes and four round exhaust tips. The eventual E 63 should also have four exhaust tips, albeit with a square shape.

Under the hood should be a 4-cylinder engine. Yes, the E 53 is about to lose two cylinders with this redesign, and it’s been reported that the E 63 will also downsize from the current model’s V-8 to just a 4-cylinder.

Despite the lower cylinder count, performance should be up on both E-Class variants thanks to electrification. The current E 53 features a 3.0-liter turbocharged inline-6 and mild-hybrid setup good for 429 hp. Hopefully we get something closer to 500 hp in the new E 53. 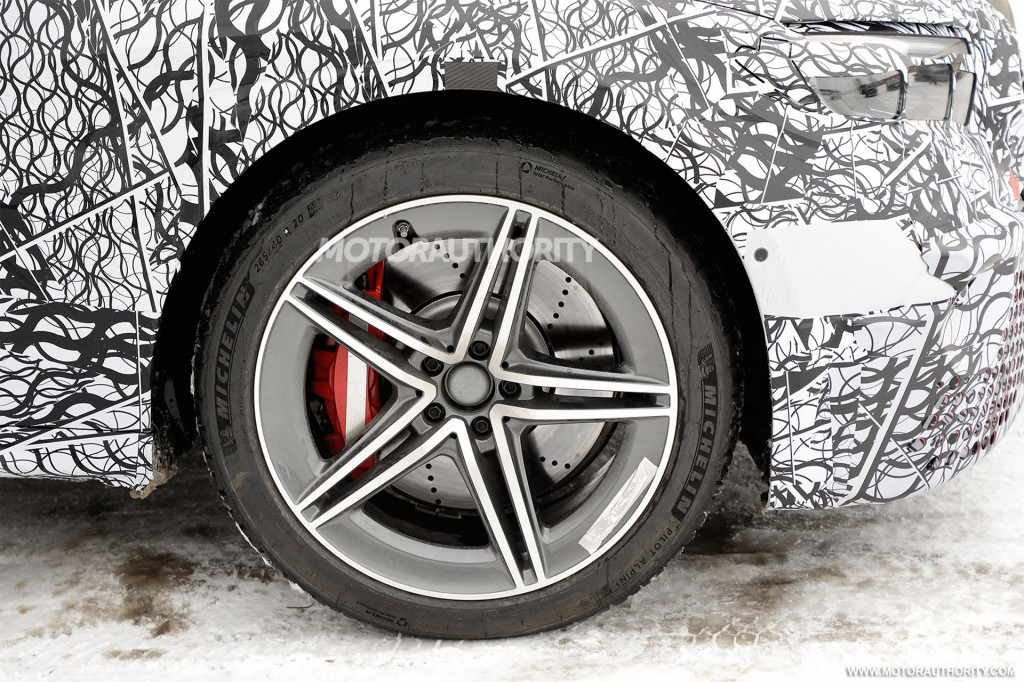 As for the new E 63, it’s been reported that it will receive a 4-cylinder and mild-hybrid setup working in combination with a rear-mounted electric motor. This same setup will feature in a redesigned C 63 due out later this year, where it will deliver up to 643 hp. The current E 63 is powered by a V-8 delivering up to 603 hp.

The platform of the new E-Class is the updated version of Mercedes’ MRA rear-wheel-drive architecture that debuted in the 2021 S-Class and has since appeared in the 2022 C-Class. The updated platform benefits from weight savings, primarily through increased use of aluminum over steel. This has been made possible due to advanced joining technologies including aluminum-to-steel welding.