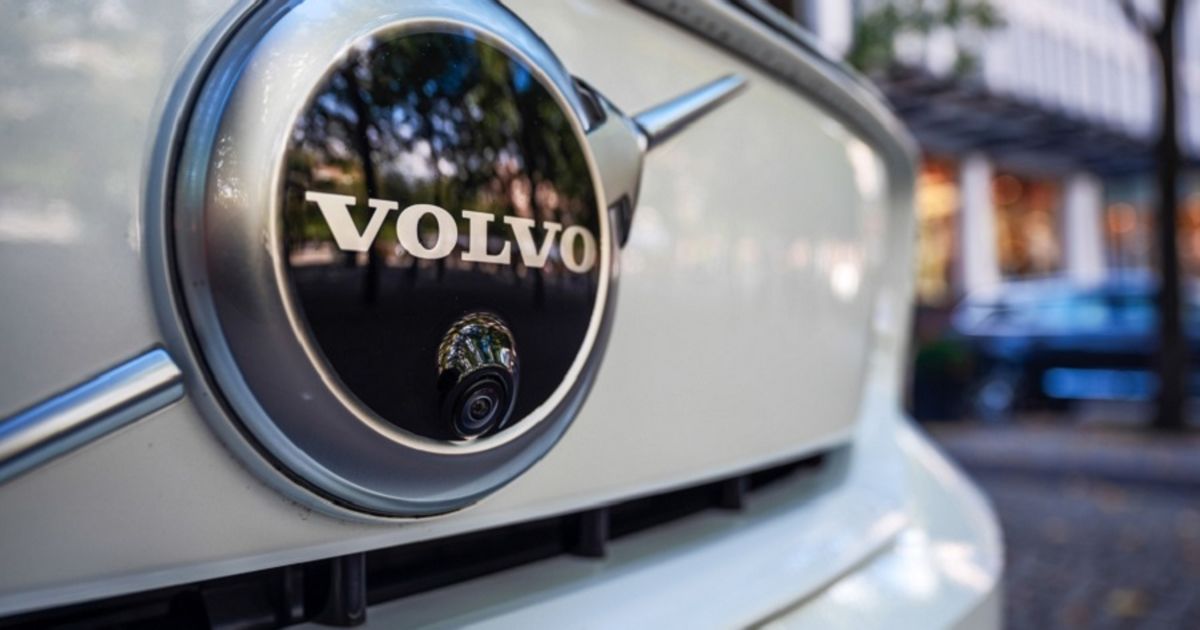 The biggest all-new product debut for Volvo Cars in half a decade will have standard safety equipment that goes “beyond that of any Volvo before it,” the automaker’s CEO, Jim Rowan, said.

The EX90 full-electric premium large SUV will replace the XC90 as Volvo’s flagship. It will have an “invisible shield of safety” that can help reduce accidents that cause serious injuries or death by up to one-fifth, Rowan said in a release.

To achieve that goal, Volvo is adding a lidar sensor for the first time.

The system, which will be embedded in the EX90’s roofline, uses light in the form of a pulsed laser to measure wide areas of space far in front of the car with high precision.

“The difference lidar can make for real-life safety is remarkable,” Rowan said on Wednesday. “Our recent research indicates that adding lidar to a car can reduce accidents with severe outcomes by up to 20 percent, and overall crash avoidance can be improved by up to 9 percent.”

The lidar technology, which is from Luminar and will become standard equipment in Volvos over time, can detect pedestrians at distance of up to 250 meter even at highway speeds.

“And because it’s not reliant on light like a camera, it’s watching over you in daylight and at night,” Rowan said.

Working together with the lidar in the EX90’s road monitoring system will be eight cameras, five radars and 16 ultrasonic sensors.

Volvo released the EX90 name and safety details on Wednesday about the car but no exterior or interior photos, which will be part of the vehicle’s full reveal on November 9.

Volvo also will debut its so-called driver understanding system as standard equipment in the EX90.

The real-time interior sensing system uses two cameras to look for early signals that show the driver is not alert. It does so by observing the driver’s eye-gaze patterns. By measuring how much of the time the driver looks at the road ahead, the system understands when the driver’s eyes, and possibly the driver’s mind, are focused somewhere else. Steering behavior is also measured.

If the driver is not alert the assistance system starts with a warning signal that grows in volume based on the severity of the situation.

If the driver doesn’t respond to increasingly clear warnings, the car can even safely stop by the side of the road, sending a warning to other road users with its hazard lights.

“Interior sensing is one of the next safety frontiers for us,” Volvo’s acting safety center boss, Thomas Broberg, said in a release.

Added Volvo’s head of safe vehicle automation, Joachim de Verdier, in a release: “We believe the EX90 to be the safest Volvo car to ever hit the road … When all our safety systems, sensors, software and computing power come together, they create a preventative shield of safety around you – and you won’t even know it’s there until you need it.”

Rowan said the EX90 is “the start of a new era” at Volvo, which he began guiding this March as the successor to longtime CEO Hakan Samuelsson. Like Samuelsson in 2014 with the XC90, Volvo’s No. 3-seller globally, Rowan’s first big launch is the automaker’s top-of-the-line model.

Rowan told Automotive News Europe earlier this year that he wants Volvo’s first model under his leadership to get people to see the automaker as “a very credible next-generation electrified car company.”

The EX90, Volvo’s first all-new model since the XC40 premium compact SUV arrived in 2017, is a crucial part of the automaker’s shift toward becoming an electric-only brand by 2030.

After eight months the XC90 is Europe’s No. 3-selling premium large SUV with a volume of 16,701, which is down 6.4 percent on the same periond last year.

The XC90 trails the segment-leading Mercedes-Benz GLE and the BMW X5 in second place, The two German models have accounted for sales of more than 26,000 unit each through August.