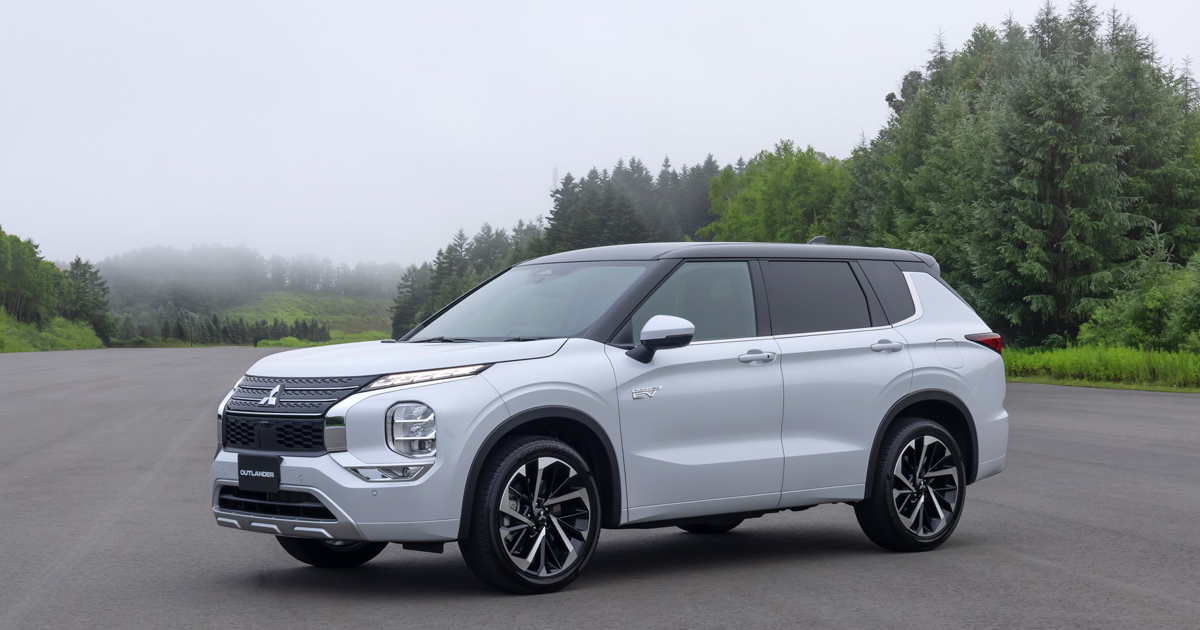 ANN ARBOR, Mich. — The redesigned Mitsubishi Outlander and its about-to-arrive plug-in hybrid variant are more than an infusion of new blood into an anemic product lineup of just four nameplates for the Japanese automaker.

The midsize crossovers are billed as a launch pad to propel Mitsubishi beyond its low six-digit annual volumes and bargain-brand status.

“We’re leaning into the key features that differentiate us — Super-All Wheel Control, PHEV technology,” Chaffin said. “Before, we were a bit deal-focused, incentive-focused. We’re never going back there.”

The combustion engine Outlander, which was redesigned last year, is off to a rousing start. Mitsubishi was among the fastest-growing nonpremium brands in the U.S. last year, with sales up 17 percent from 2020.

Expectations are high for the next-gen Outlander PHEV, which arrives in late November.

Within the next two years, plug-in hybrids could account for 20 percent of total Outlander sales, Chaffin said.

The 2023 Outlander PHEV, which shares a new platform with its nonhybrid sibling, is bigger, bolder and packs more punch than the outgoing version. The second-generation model dials up its zero-emission driving range and features an updated version of Mitsubishi’s plug-in hybrid technology and all-wheel-drive system.

“It is the most advanced, technological and best-equipped vehicle we’ve produced,” Chaffin said.

The first-generation Outlander PHEV pioneered the plug-in hybrid crossover segment when it arrived on U.S. shores in late 2017.

But based on an older platform, that model was quickly lapped by more capable competitors that arrived later. U.S. sales of the Outlander PHEV peaked at 4,166 vehicles in the model’s first full year but slid to 2,250 last year, according to the automaker.

“We brought [the PHEV] to the market before there was really much demand,” Chaffin acknowledged.

But it’s a different story today as electrified vehicle adoption surges. According to Autonomy, battery-electric vehicles and plug-in hybrids accounted for 4.5 percent of total new-vehicle sales in the U.S. last year, compared with 1 percent in 2016.

“I’ve got dealers texting about how many preorders they have,” Chaffin said. “They’re like, ‘You guys need to have cars for us.’ ”

While the new generation of the Outlander PHEV will launch into a more receptive market, it faces headwinds.

The global supply chain crises that drag on will leave early demand for the model unsatiated.

“We’re not going to have enough cars,” Chaffin said. “We think it’s going to be tough.”

Chaffin could not say when vehicle supply might catch up.

“I wish I had a crystal ball to know that,” he said. “It’s a month-to-month situation.”

Meanwhile, the redesigned Outlander PHEV will go on sale without the benefit of a federal tax credit that would have lopped $7,500 off the sticker price.

Under the Inflation Reduction Act, which requires electric and plug-in hybrid vehicles be built in North America to receive the incentive, the Japan-made Outlander PHEV no longer qualifies.

But “mid to long term, we’ll have to monitor market conditions and see where it goes,” he said.

While it might take time to fulfill early demand, Chaffin said, Mitsubishi retailers nationwide will have demo units for buyers to kick the tires.

“We want to make sure that any customer interested in the Outlander PHEV can experience it,” he said. “We know people want to see it, want to touch it.”

Ahead of deliveries, dealerships are investing in charging infrastructure improvements and employee training.

Chaffin declined to disclose the dealer investment but estimated it to be “in the thousands of dollars” per store.

“We’re not trying to break the bank here,” he said. “But there’s some basic blocking and tackling that has to be in place.”