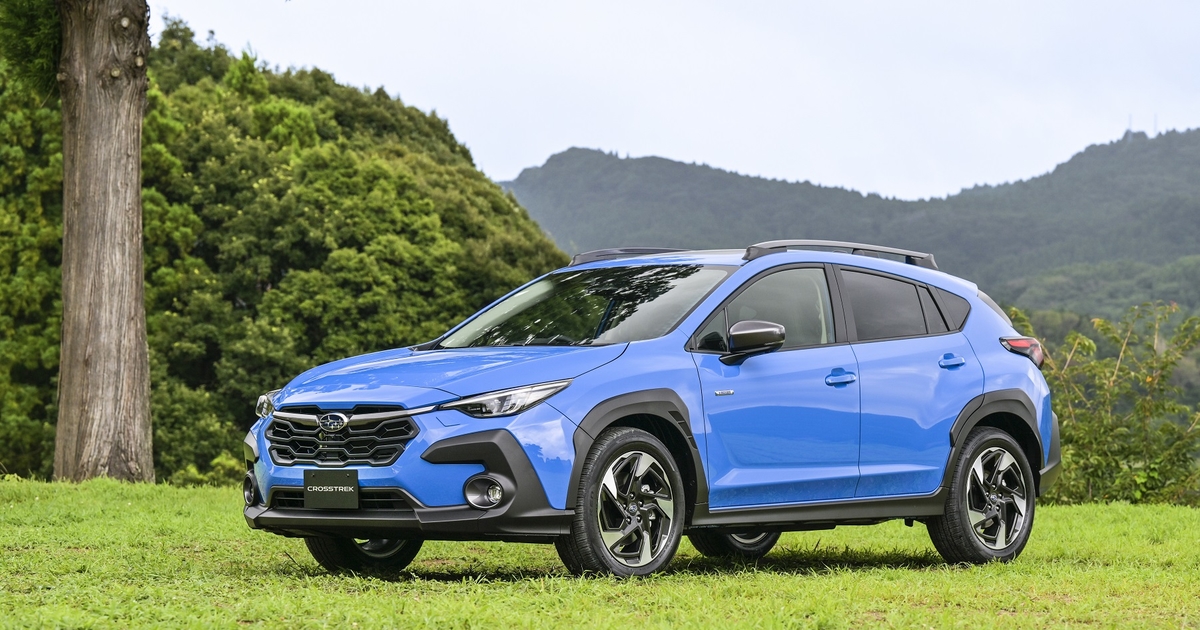 TOKYO — Subaru’s next-generation Crosstrek will benefit not only from rugged styling, better driving dynamics and a host of new creature comforts, but a tail wind from rising production.

The third-generation subcompact crossover, the brand’s second-bestselling nameplate worldwide, was unveiled Thursday in Japan during an online briefing by Subaru CEO Tomomi Nakamura.

The Japanese company is banking on the redesigned Crosstrek to ride the momentum of rapidly recovering output after months of stymied production and supply chain interruptions.

But it will still be awhile before the popular nameplate lands stateside. Subaru said Japan deliveries of the latest Crosstrek will start in the spring of 2023 and that shipments to other markets would be rolled out after that.

The Crosstrek is manufactured only at Subaru Corp.’s Gunma production complex in Japan. Subaru’s output in the country rose 26 percent in July, for a fourth-straight month of increases — even as its overseas production slumped 14 percent during the month. For the year through July, however, domestic production was up only 3.5 percent after production slowed early in the year.

The latest makeover gives the Crosstrek a higher hood and protruding fenders for a “sense of robustness and power.” The sharp front grille bars and LED headlights are designed to look both nimble and tough, Subaru says. Generous cladding is meant to imbue a bit of off-road aura.

Under the hood, the Japan market entry will pair a 2.0-liter engine with the company’s e-boxer hybrid system, which mates a power boost electric motor to a continuously variable transmission. Japan is expected to get only the hybrid variant, dumping the current gasoline option.

Subaru didn’t detail powertrain offerings for other markets. In the U.S., the outgoing Crosstrek options are a 2.0-liter four-cylinder gasoline boxer engine, a 2.5-liter gasoline engine or a 2.0-liter plug-in hybrid setup.

U.S. sales of the Crosstrek have climbed 11 percent this year through August to 99,252, even as the brand’s overall sales fell 16 percent to 355,457 amid tight inventories and crimped supply.

Global sales of the Crosstrek declined 4.6 percent through June to 96,916 vehicles. By comparison, U.S. sales over that six-month period rose 9.1 percent to 70,050 vehicles.

As output recovers, Subaru aims to stoke demand by making the next Crosstrek more of a driver’s vehicle. Ride comfort, body rigidity, braking, steering and noise reduction all are improved.

It starts with new seats that better cradle the pelvis and get a new rail mounting. The advancements not only reduce the ride roll and sway but boost comfort by damping vibration.

Body rigidity has been increased, and weight shed, through various tweaks, including the use of a new inner frame body design, onto which the outer body panels are welded.

Handling is further enhanced by the deployment of dual-pinion electric power steering that enables more direct and instantaneous steering control. The use of an electric brake booster improves responsiveness, especially during pre-collision emergency stops.

Among the Crosstrek’s upmarket refinements is a multiview monitor that delivers a 360-degree top-down view around the vehicle and the deployment of a wide-angle mono camera in addition to the traditional stereo camera setup. The mono camera has already been deployed in the U.S. in the Ascent large crossover and in a top grade of the Outback midsize crossover. As such, the next Crosstrek will have the latest version of Subaru’s trademark EyeSight driver-assist system.

While the U.S. version of the vehicle is called the Crosstrek, the Japanese counterpart has been called the XV. Starting with the next generation, however, Subaru will relabel it the Crosstrek in Japan and all other global markets.