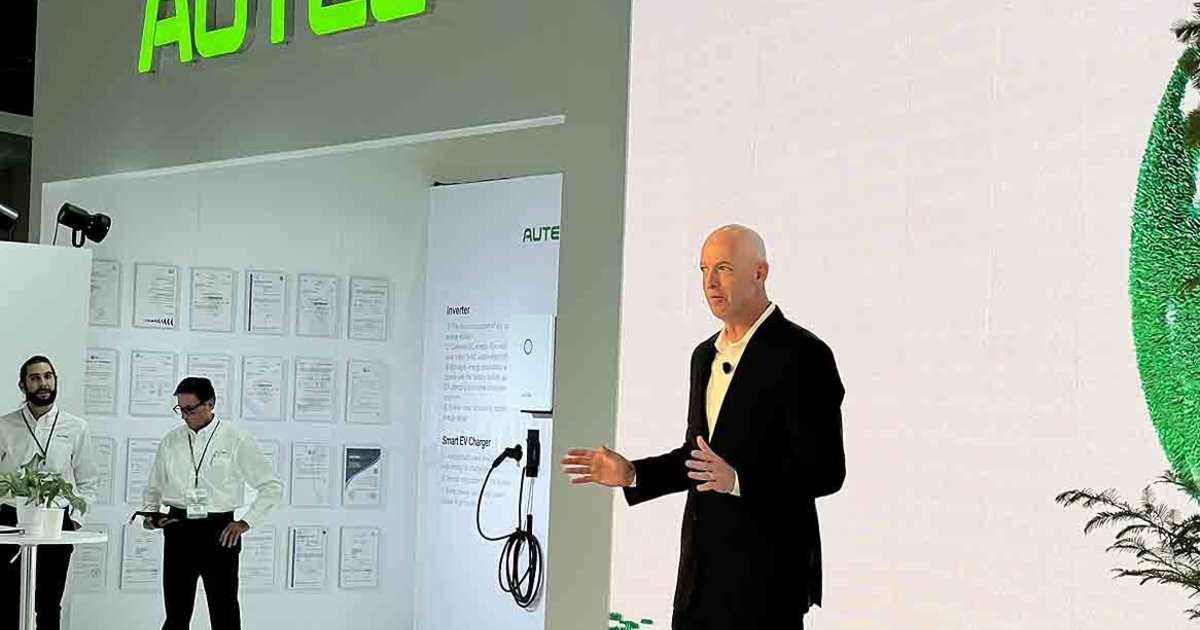 President Joe Biden unveiled the latest developments in his efforts to deploy 500,000 electric-vehicle chargers Wednesday. Automakers unveiled EVs such as the Chevrolet Equinox and Cadillac Lyriq in the days heading into the Detroit auto show.

Not to be overlooked: EV charging companies themselves.

Autel Energy, the U.S. subsidiary of China-based Autel Intelligent Technology Corp., unveiled a charging unit that will allow customers to both charge their vehicles and power their houses. Plug Zen, headquartered in Detroit, showcased a manufacturing partnership and plans to produce an in-vehicle charger in late 2023.

Together, the three showed a varied look at approaches to charging at a time when EVs are proliferating and, as Biden’s presence underscored, the need to power those vehicles is growing.

Here’s a closer look at their products and technology.

Autel showed vehicle-to-everything charging, a technology in the same vein as vehicle-to-grid charging, which many say is a key to managing the grid and reliable energy supply. When a V2X station is attached, it allows the vehicle to act as a backup generator for a home or business.

Autel says it will be one of the first U.S. companies to offer the technology with the release of its MaxiCHARGER V2X.

Owners can create a micro-grid for each home, which alleviates pressure on the nationwide power grids that have been challenged in recent years.

“It’s a vital solution to support our nation’s growing energy needs,” Autel COO John Thomas said Wednesday. “It will be the key to mass EV adoption.”

The V2X MaxiCHARGER will be released by the end of 2022, an Autel spokesperson told Automotive News.

The EV charger startup first gained traction last November when it announced a 10,000-charger deal with Verizon. Now, it’s revealing it’s working on a technology that would allow EVs to plug in to any outlet.

Q Johnson, CEO of Plug Zen, said it’s the first of its kind.

“You pull it out of the vehicle, plug into any wall outlet, and charge the vehicle just as fast,” he said.

Plug Zen is not revealing much about how the technology works, citing imitator concerns. Johnson said one component makes it all work, calling it the “flux capacitor.”

“When a full patent application is in, then you can really see how it is,” Johnson said. “Right now, I can’t discuss.”

Johnson said the public can expect to see how the technology works in six to 18 months.

While most charging companies support wired connections, WiTriCity has eliminated the need for motorists to plug in their cars. It showcased its Halo wireless charger on a Ford Mustang Mach-E at the auto show, and provided hands-on demonstrations at the Detroit Smart Parking Lab.

These hands-free chargers connect to mobile apps, allowing drivers to control charging without needing a physical plug-in. Its wireless equipment can deliver approximately 35 miles of range per hour to most new vehicles, according to CEO Alex Gruzen.

WiTriCity closed a $63 million funding round in August, led by a $25 million investment from international industrial company Siemens. The round included funds from Japan Energy Fund, Mirae Asset Capital and other returning investors.