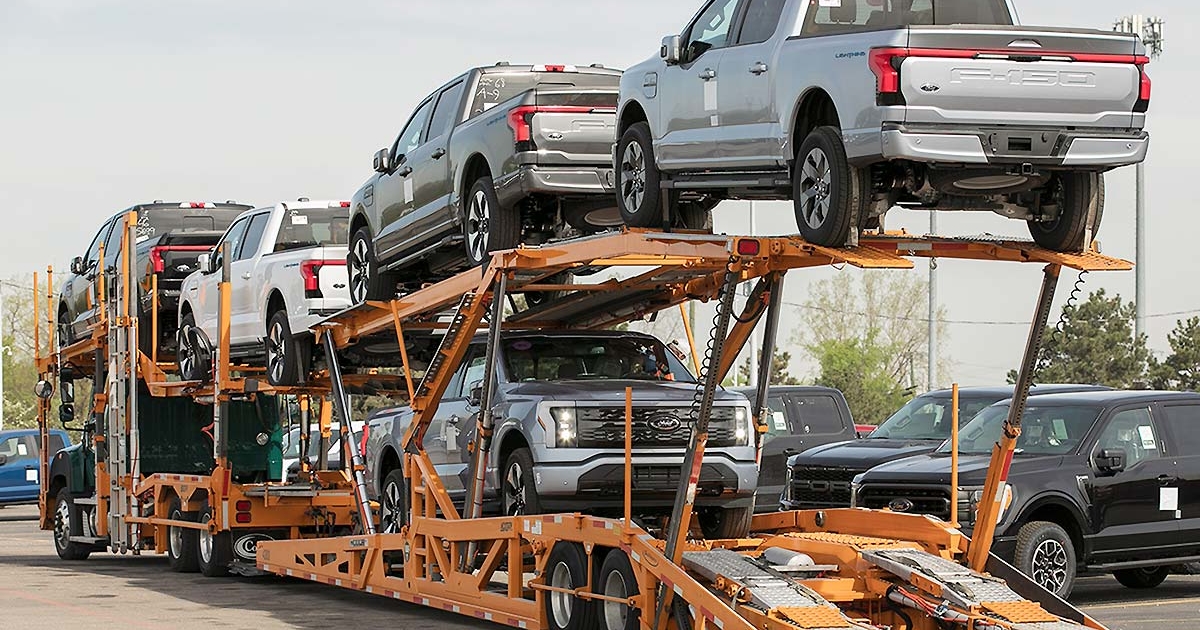 LAS VEGAS — Ford’s U.S. dealers must invest as much as $1.2 million and adhere to rigorous sales standards if they want to sell electric vehicles beyond 2023 as the brand tweaks its retail model to better compete with direct-sales startups.

Dealers have until Oct. 31 to opt into one of two EV certification tiers that cover varying investment levels in fast chargers and staff training. Those who choose not to invest will be limited to selling internal-combustion vehicles and hybrids from the Ford brand.

EV dealers must sell the products at nonnegotiable prices, and and those who choose the lower-priced certification tier won’t be allowed to carry them in inventory, instead having customers order exactly what they want for later delivery.

Dealers who choose the highest tier — Model e Certified Elite — will be asked to invest $900,000 initially, most of which will go toward installing two DC fast chargers, at least one of which must be public-facing. They likely will have to invest $300,000 more, and add a third fast charger, by 2026. Certified Elite dealers will carry limited stock and have demo models, Ford said.

The lower tier — Model e Certified — will require a $500,000 investment that will mostly go toward installing one public-facing fast charger. Those dealers will be allowed to sell only a limited number of EVs a year, though Ford hasn’t decided on that cap yet. They also will not carry inventory or have demo units available, Ford said.

The company offered the less expensive tier in response to feedback from smaller dealers who wanted a lower-cost option.

Ford said the costs for each tier could change based on potential federal or local incentives to install EV chargers. It’s partnering with three consulting companies to help dealers install the equipment.

Each certification will be effective from Jan. 1, 2024, until the end of 2026. Ford said dealers who opt out of becoming EV-certified for now will have another opportunity to buy in starting in 2027. It does not expect to force any dealers to do so at that time, either.

“We don’t want to rush dealers into being a Model e dealer before their market or they are ready to,” Ford Motor Co. CEO Jim Farley told reporters Tuesday on the sidelines of the automaker’s annual national dealer meeting here.

Ford said each of its 3,000 U.S. dealers theoretically could choose to become Certified Elite. Farley declined to say how many he wants to opt in.

“We want people to take on these standards that can be profitable in executing them,” he said. “It will not be good for the dealers or the company if people take on these standards and they don’t get a return on their investment. We’re not so excited or dogmatic that we want a certain number of people to take it that we’d look past the financial viability of it. That’d be a really bad move for us.”

Ford has not previously required dealers to invest heavily to sell the trio of EVs it offers today, beginning with the Mustang Mach-E’s arrival in late 2020. Its current EV certification process requires only a nominal fee for basic tooling.

The training, nonnegotiable prices and inventory restrictions are ideas that Farley has floated since announcing the plan to implement new standards in March. Dealers would still set the prices that customers would be asked to pay, executives previously have said.

Ford is positioning EVs as one of three subsets of its products that dealers can sell, along with combustion vehicles that fall under the Ford Blue division and commercial vehicles, which are sold under the umbrella of Ford Pro. Farley created Ford Pro last year and separated the company into Ford Blue and Model e in March.

Farley has said the automaker’s current retail model creates a roughly $2,000 disadvantage against rivals that sell directly to consumers, including Tesla and Rivian. He said the new sales standards will wipe out much of that gap.

“We’re in the red zone,” Farley said, referencing the part of a football field close to the goal line, “but getting to the end zone will be a little more work.”

Cadillac told its U.S. dealers in 2020 that they’ll need to spend at least $200,000 on chargers and training to sell EVs as the General Motors luxury brand goes all-electric by 2030. About a third of them elected to have GM buy out their franchise instead. GM hasn’t said how much dealers who sell its other U.S. brands will have to spend. Buick will also offer buyouts to dealers who choose not to invest in store upgrades as the brand prepares to go all-electric.

Ford this week is rolling out the details of a broad EV retail plan to dealers in Las Vegas as part of its first in-person national dealer meeting since 2018. This year’s meeting is titled “Focused. Forward. Together.”

Dealers are being put through a gamut of mini presentations covering all aspects of Ford’s business, including the FordPass Rewards program, mobile service vans and charging options.

They also are spending time driving EVs and gasoline-powered vehicles at the Las Vegas Motor Speedway.

“The main message to the dealers, which I’ve never said before because I never believed it was true, is that you could be the most valuable franchise in the industry,” Farley said. “We’re growing all three businesses and managing them uniquely.”

Sam Pack, CEO of Sam Pack Auto Group in Texas, said he plans to have each of his four Ford dealerships become Certified Elite.

“The message I heard was one of optimism,” Pack said. “Yes, there’s a lot of questions that have not been answered. But we’ll work through those. This is a learning journey.”