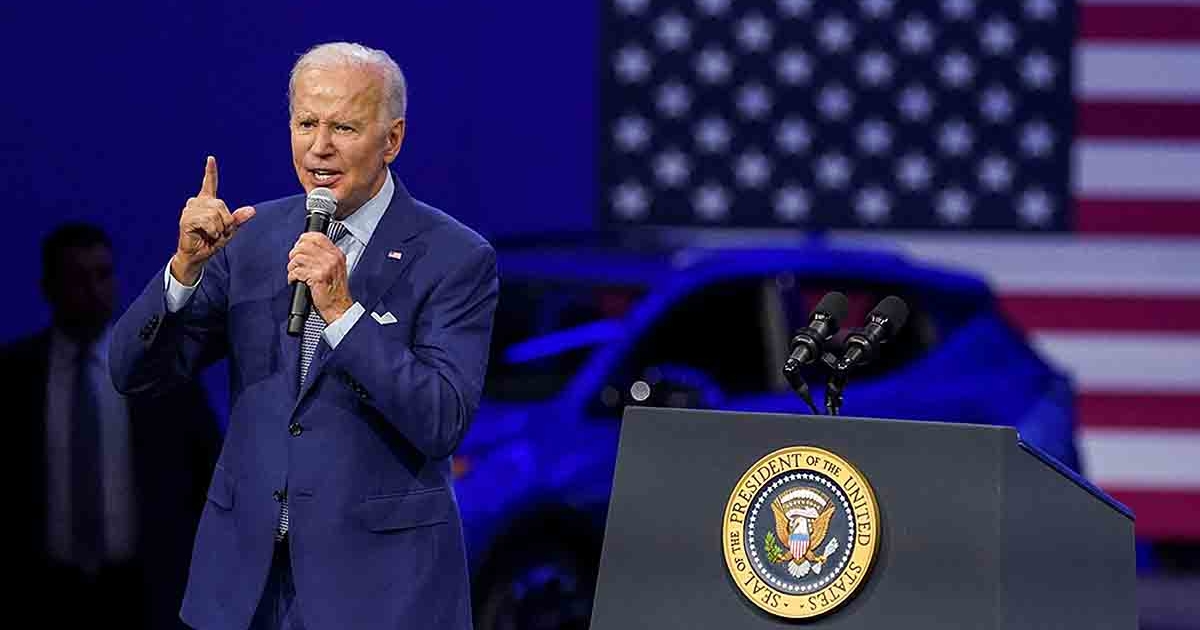 President Joe Biden, a self-titled “car guy,” pushed his vision for an electric vehicle future that positions the U.S. as a leader, creates American jobs and transitions the country to a clean energy economy in remarks delivered Wednesday at the Detroit auto show.

Biden’s presence at the event marks his first visit to the Detroit auto show since he was vice president during the Obama administration.

Biden touted his administration’s efforts to boost domestic EV manufacturing, investment and jobs to position the U.S. as a leader and reduce reliance on foreign supply chains.

The president also said his administration has approved funding for 33 states, plus the District of Columbia and Puerto Rico, to build their own EV charging infrastructure through a funding program in the infrastructure law.

“All told, my administration is investing more than $135 billion to advance America’s electric vehicle future,” Biden said. “Our infrastructure law is also helping to make it in America and win the economic race of the 21st century.”

This year’s North American International Detroit Auto Show is the first since January 2019, following cancellations prompted by the pandemic in 2020 and 2021. Only about 10 new vehicles are slated to be unveiled, and many major automakers have opted to skip it altogether.

Biden wants battery-electric, plug-in hybrid and fuel cells to make up 50 percent of all vehicles sold in the U.S. by 2030.

The federal government is leading by example, on track to meet a goal of 100 percent zero-emission light-duty vehicle acquisitions by 2027, according to a White House fact sheet.

Since Biden took office in January 2021, companies have invested nearly $85 billion into the manufacturing of EVs, batteries and chargers in the U.S., according to the fact sheet. That includes investments from Ford, GM, Honda and Toyota, as well as battery suppliers such as Panasonic.

The Alliance for Automotive Innovation, which represents most major automakers in the U.S., says that by 2030 the auto industry will have invested half a trillion dollars globally into electrification.

It also creates a new tax credit of up to $4,000 for qualifying consumers buying used EVs that cost less than $25,000.

Braking: Brake Yourself Fool! – The Racing Line Ep. 5
GM’s EV commitment still has its skeptics
EV Sales expected to reach all time highs in 2022
Honda to cut output by up to 40% in Japan on supply problems
Stolen MINI Cooper Stuck In Wet Concrete Before Driver Flees The Scene With Child And Whiskey Bottle