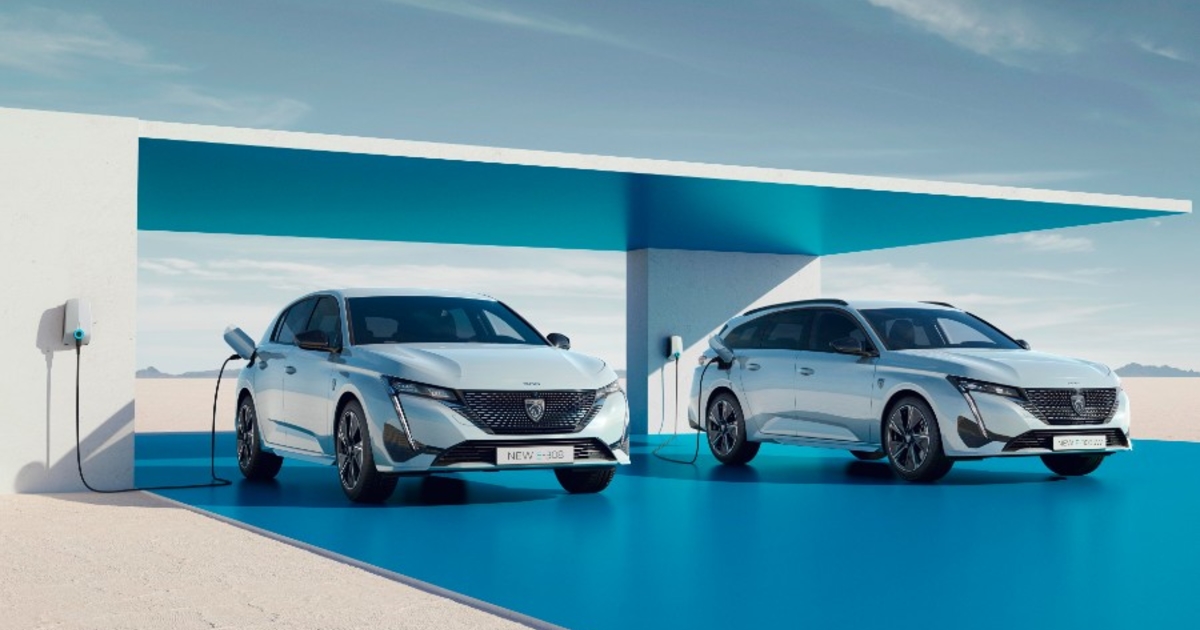 PARIS — Peugeot will launch a full-electric version of the 308 compact hatchback and station wagon next year, with a new motor developed by Stellantis’ joint venture with the Japanese company Nidec.

The full-electric version joins plug-in hybrid options (with 225 or 180 hp), as well as gasoline and diesel engines in the 308. Peugeot said Tuesday that the station wagon would be the first from a Europe-based automaker to have a full-electric option.

Opel is also expected to launch a full-electric version of the Astra sibling model next year. Both vehicles are based on the EMP2 architecture originally developed by PSA Group for compact and midsize vehicles. The 308 will be the first car on the platform to have a full-electric option.

Stellantis’ other compact EV, the Citroen C4, is based on the smaller eCMP platform.

Peugeot did not reveal prices or full specifications.

It has a 54 kilowatt-hour battery with what Peugeot says is a new chemistry, with 80 percent nickel, 10 percent manganese and 10 percent cobalt.

The E-308 is identical to combustion-based versions, although Peugeot has developed a new 18-inch wheel that is optimized for aerodynamics.

It joins the small 208 hatchback and 2008 SUV as full-electric options in Peugeot’s lineup. The brand’s larger vehicles, the 3008 and 5008 SUVs and 508 sedan and wagon, have plug-in hybrid options, although the next-generation 3008 due next year will have a full-electric version.

The mainstream compact segment is gaining more and more full EVs. In addition to the C4, other options include the Renault Megane E-Tech Electric, the VW ID3, the soon-to-be-discontinued Nissan Leaf, the Kia Niro and the Hyundai Ioniq. MG, a brand owned by China’s SAIC, offers the MG5 station wagon and will launch the MG4 hatchback in the coming months.

Peugeot did not release full specifications on Tuesday, but the E-308 would have a lower range than long-range versions of the Megane (about 450 km) and the ID3 (up to 550 km).

The 308 ranked fourth in the first half of 2022 among mainstream compact cars, with 43,289 sales, a 24 percent increase over 2021. The segment was led by the VW Golf, with 89,684 sales, a 29 percent decline, according to figures from Dataforce. The Toyota Corolla was third, followed by the Skoda Octavia.

The E-308 will be the first vehicle from Stellantis to use an electric motor from the group’s joint venture with Nidec-Leroy Sommer Holding, called Emotors. The motor, known as the M3, has an output of 115 kilowatts, or 156 hp, and is built at the Tremery-Metz factory complex in northern France. https://emotors.com/

Stellantis has the capacity to produce more than 1 million electric motors a year at the factory by 2024. Emotors also builds electric axles, motors for hybrid drives and transmissions.