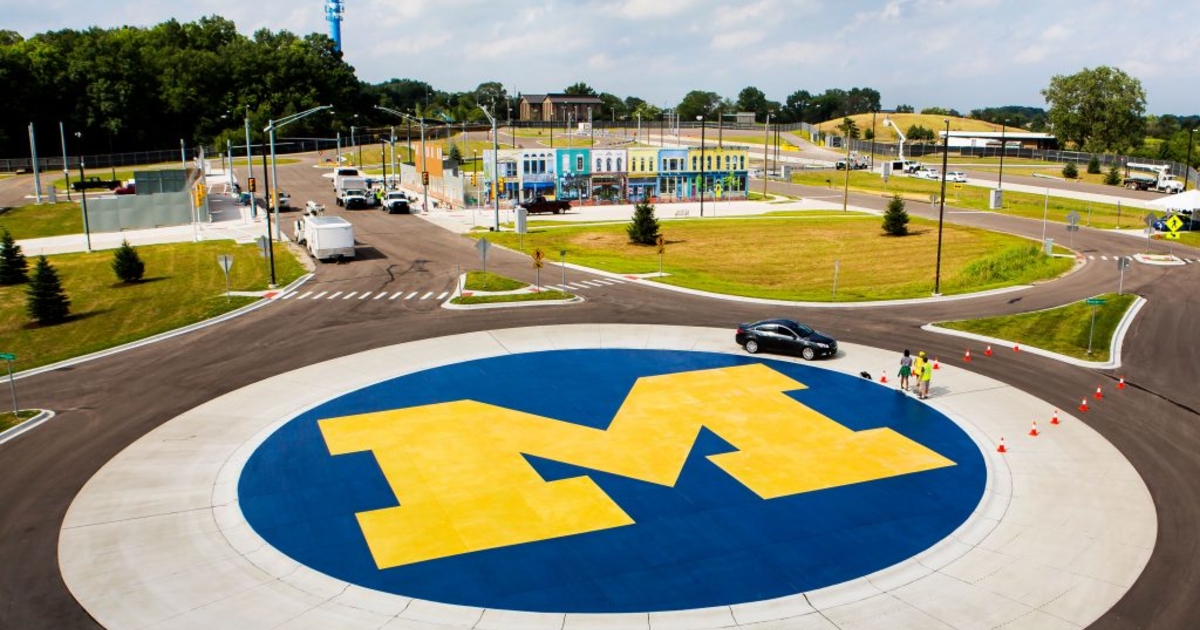 The University of Michigan‘s autonomous vehicle testing track has been awarded a $5 million federal grant to build out virtual reality software that will enable users to conduct tests from anywhere.

Mcity received the funding from the National Science Foundation, which it said will “supercharge” the facility’s capabilities well beyond its 32-acre testing grounds on campus, said Henry Liu, director of Mcity and professor of civil and environmental engineering at UM.

“This entire investment is focusing on the digital infrastructure,” Liu said. “We have a physical structure already. We will bring the real-time data into the picture.”

The four-year grant will culminate in Mcity 2.0, which will provide users a “digital twin” of the track, allowing them to see real-time data and control tests remotely. For example, a user at the University of Florida can manipulate the infrastructure, like making a light turn green, without being on-site.

Liu said that is particularly important for smaller institutions with less resources and opportunity to test on-site.

“This will basically lower the barrier for the researchers to use the test track,” he said.

Opened in 2015, Mcity consists of a controlled environment of various driving situations, including a bridge deck, overpass, guardrails, barriers, crash attenuators, ramps, roundabouts, traffic circles and urban streets. It is connected with fiber, ethernet and 5G for data collection.

The track is open to the public and used by companies such as Ford Motor Co., Toyota Motor Corp. and Denso Corp. The NSF grant calls for the track to be reserved for the agency 48 days per year, Liu said.

“This investment will increase access to the state-of-the-art test facility, providing more equity to researchers across the country who are on the forefront of this societal shift, navigating the transition to a new world of safer, greener, more equitable and accessible mobility for all,” Alec Gallimore, UM’s dean of engineering, said in a news release.

The federal funding follows a $1.5 million upgrade earlier this year of a building that will be used to monitor testing.

The university was also awarded a federal grant last month for researching ceramic batteries. The research will be done in concert with the state-funded $130 million electric vehicle training center at UM, which was unveiled in July, but the funding is separate.