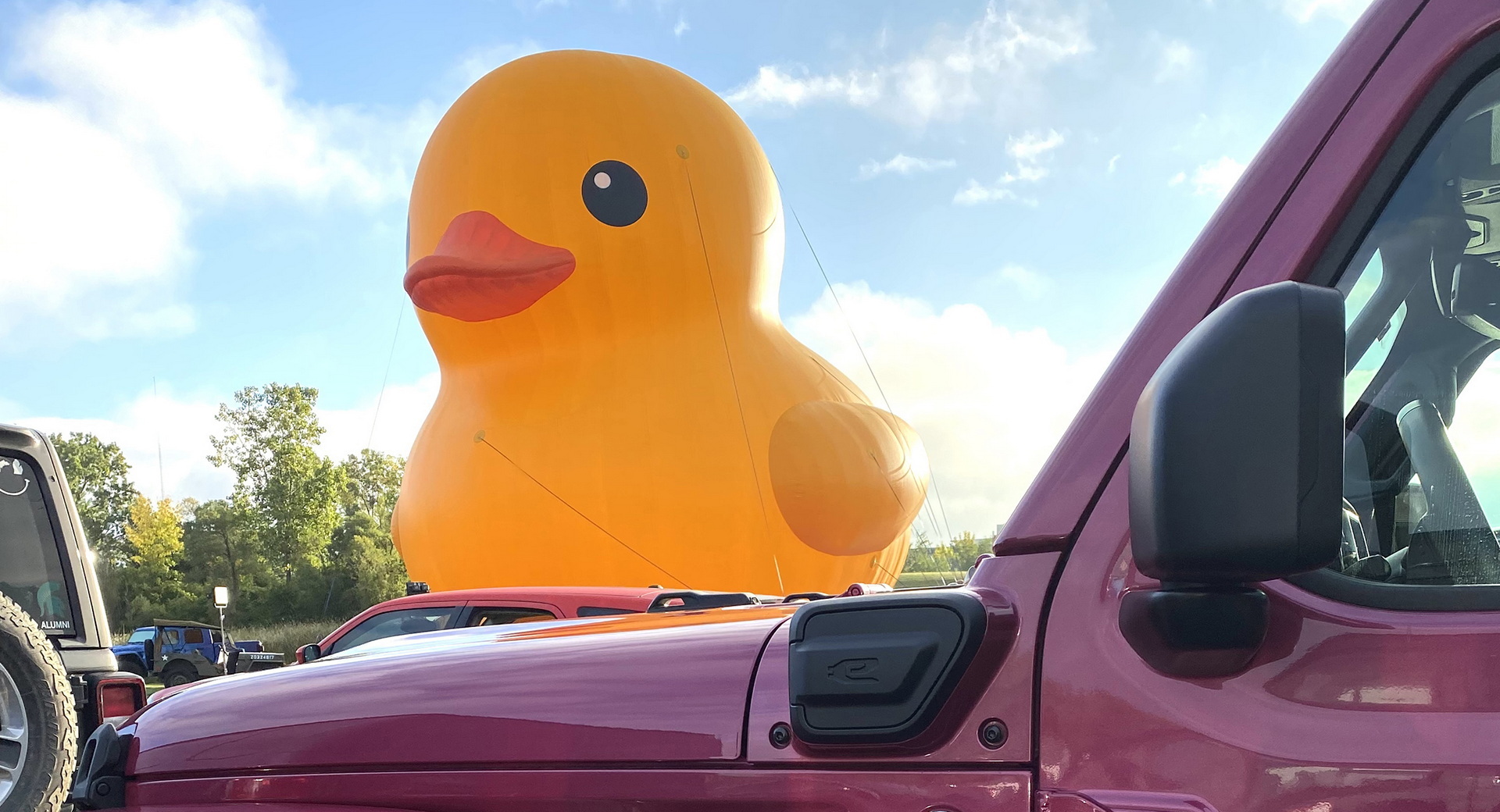 Since the pandemic started, a new trend has cropped up among Jeep owners. Along with waving at each other, some Wrangler owners now also leave rubber duckies with pleasant little messages on them for each other to find. Now, the Jeep brand is taking it to another level.

Ducking started in Canada during the pandemic and has crossed the border to America as a way to spread a little joy during a dark time, according to the Taunton Daily Gazette. Now that the North American International Auto Show is returning to Detroit for the first time in years, and now that it will be the first ever indoor-outdoor show, Jeep has decided to enchant people with the world’s largest duck. 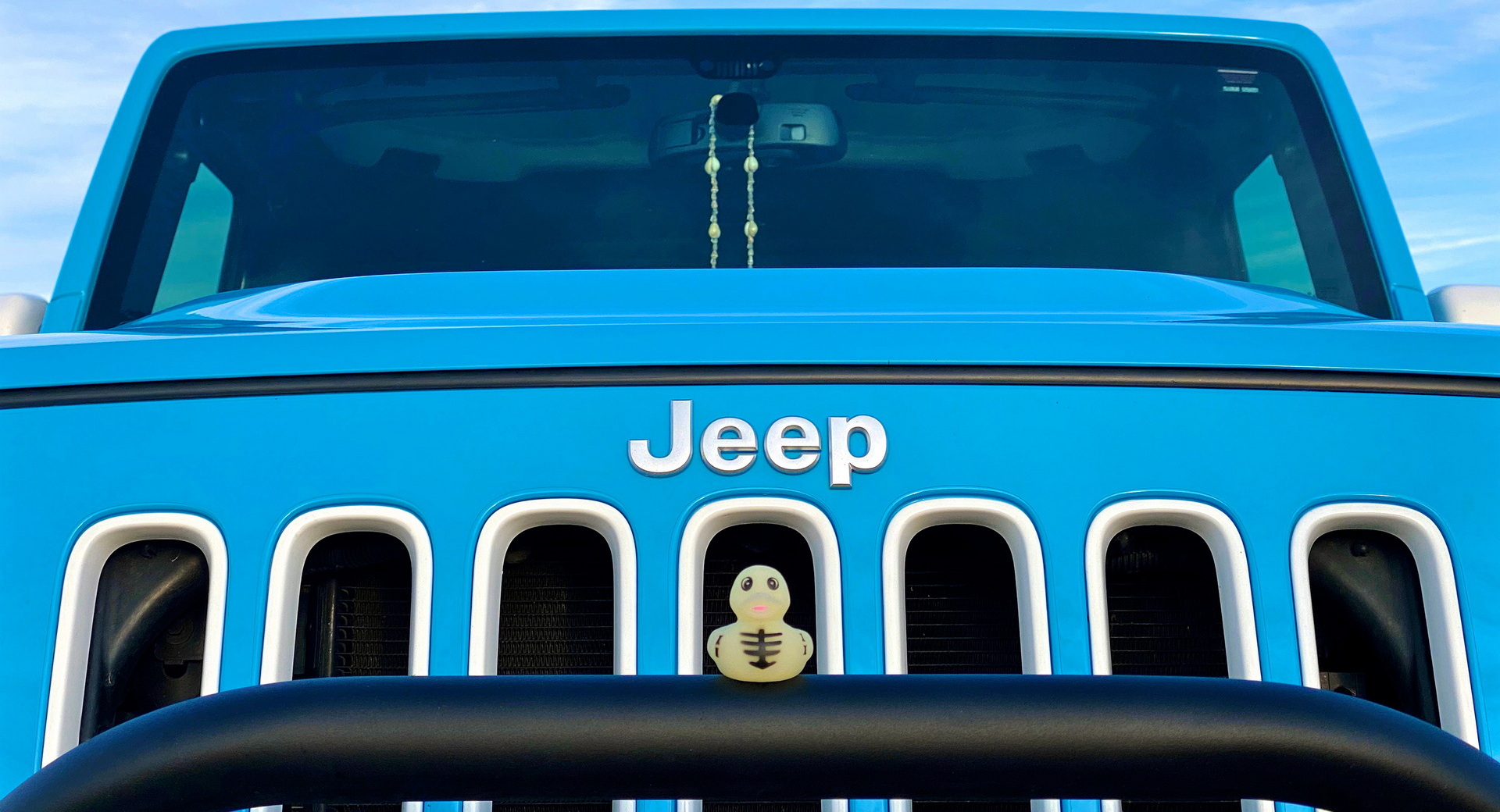 Fans who make the pilgrimage to the duck on the opening weekend will receive a free (reasonably sized) rubber duck to take home. In addition, owners who visit the duck will be able to get a special treat.

The Jeep brand has partnered with Milk & Froth Ice Cream to create three special flavors for the event. The flavors are Snazzberry, Electric Lemon Custard and Trail Tracks, and they’ll be handed out for free during the first weekend of the auto show, from September 16 to 18, while supplies last.

Fans are also encouraged to post photos of their Jeep with the duck to social media using the #duckduckJeep and potentially win a prize in a national sweepstakes. In addition, Jeep and Ram will also have a Camp Jeep and Ram Truck Territory indoor test tracks at the show. Those who register to participate on the track will be entered to win a $100,000 voucher toward the purchase of an eligible Jeep brand vehicle. The winner will, according to the company, be randomly selected in 2023.