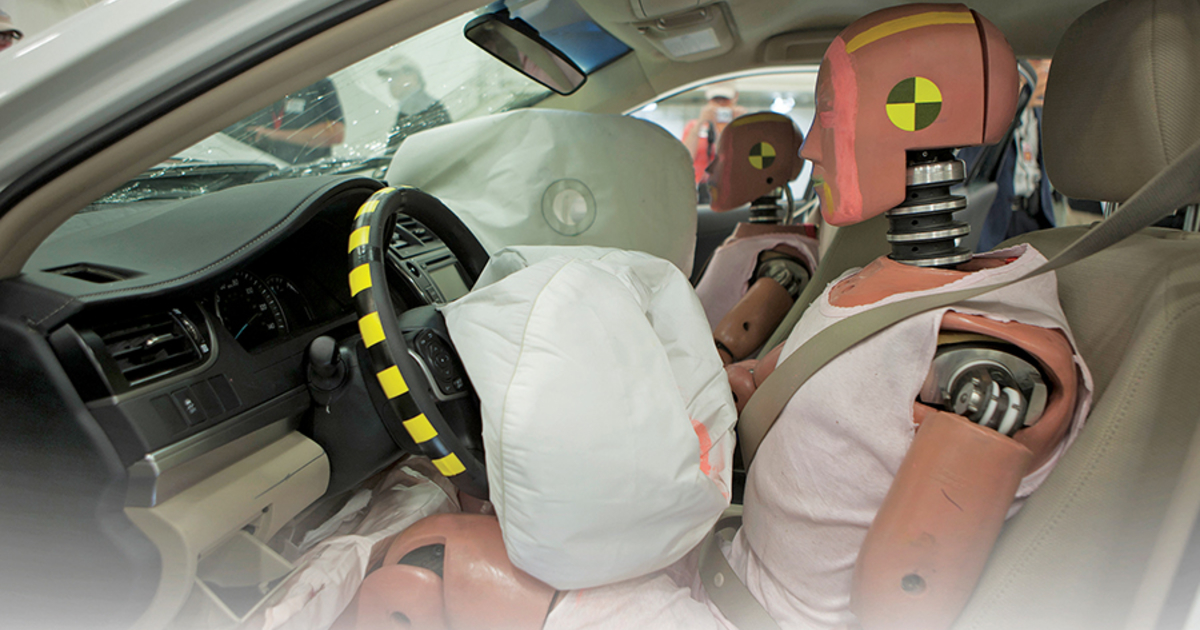 An aspect of vehicle safety getting increased scrutiny is how crashes affect women differently than men.

In a Feb. 15 letter to U.S. Transportation Secretary Pete Buttigieg, 66 members of Congress called for updated federal policy to address disparities in crash outcomes between women and men. Citing 2019 data from NHTSA, the letter said a female driver is 73 percent more likely to be seriously injured than a male driver in a vehicle crash and 17 percent more likely to die.

While dummies modeled on women and children are becoming more commonplace, the industry traditionally has used crash test dummies based on men’s bodies — a complaint cited in the congressional letter to Buttigieg.

The letter calls for the U.S. Department of Transportation to require the use of “accurate, up-to-date female crash test dummies in NHTSA’s New Car Assessment Program and Federal Motor Vehicle Safety Standards.”

“When we talk about crash safety in particular and the research that we’re doing there, we’re looking at the existing crash data and understanding the gaps in that data with regard to who’s getting the most protection and maybe some areas that are opportunities for future improvement,” he said.

Hallman, a 10-year Toyota veteran with a Ph.D. in biomedical engineering from Marquette University, conducted postdoctoral research in injury biomechanics at the Medical College of Wisconsin’s department of neurosurgery. “I specifically sought out a graduate degree in biomedical engineering looking at how the bumps and the forces and accelerations … and how that translates to their probability of sustaining a particular injury,” he said.

While the NHTSA data shows differences in crash outcomes for men and women drivers, identifying the key risk factors for injuries and fatalities has proven to be a challenge.

Hallman said the Insurance Institute for Highway Safety, NHTSA and others “have spent a lot of time digging into these trends, particularly over the last several years, and found some interesting things beyond even anatomical or physiologic differences between men and women.”

Factors unrelated to physical differences include model year and types of vehicles women and men self-select to drive, he explained, even the types of crashes they experience.

“The University of Virginia, which is one of Toyota’s CSRC research collaborators, did find that perhaps chest injury, like rib cage, and foot and ankle injury in particular seem to be something that there is a difference in outcome for men and women,” Hallman said. “And we’re using the CSRC, particularly new projects we’ve launched in the last few months, to dig into that deeper to understand why that might be.”

Hallman said researchers are studying anatomical factors, such as bone density and muscle structure, including a large subset of medical imaging data of men and women, particularly ankles. “We’re basically going to analyze how much musculature there is, the size of the ligaments, even the relative shape of the bones, because there’s a lot of individual little bones in your ankle, and whether or not there are some trends about a group of males and a group of females that we could cross-compare and identify as possible root causes.”

Crash test dummies have come a long way since their primitive beginnings in the late 1940s. Intricately designed and loaded with an array of data-collecting sensors to help researchers understand the reactions of the human body in a collision, a single dummy today can cost upward of $1 million, and each has a useful life of just a few years. Commissioning dummies of various sizes and shapes can be an expensive proposition.

A potential solution involves using predictive computer modeling to run numerous scenarios. “We think that’s a much more efficient way to kind of evaluate this instead of trying to create a first-grader and agree on a very large set of dummies and then having to run all those tests,” Hallman said.

GM’s EV commitment still has its skeptics
Honda to cut output by up to 40% in Japan on supply problems
GM to close reservations for electric Hummer pickup, SUV after topping 90,000
Details emerge on $2.4 billion EV battery plant in West Michigan
One Brave Man Drove His Ferrari California T 13,000 Miles On A Road Trip Across The U.S.A.