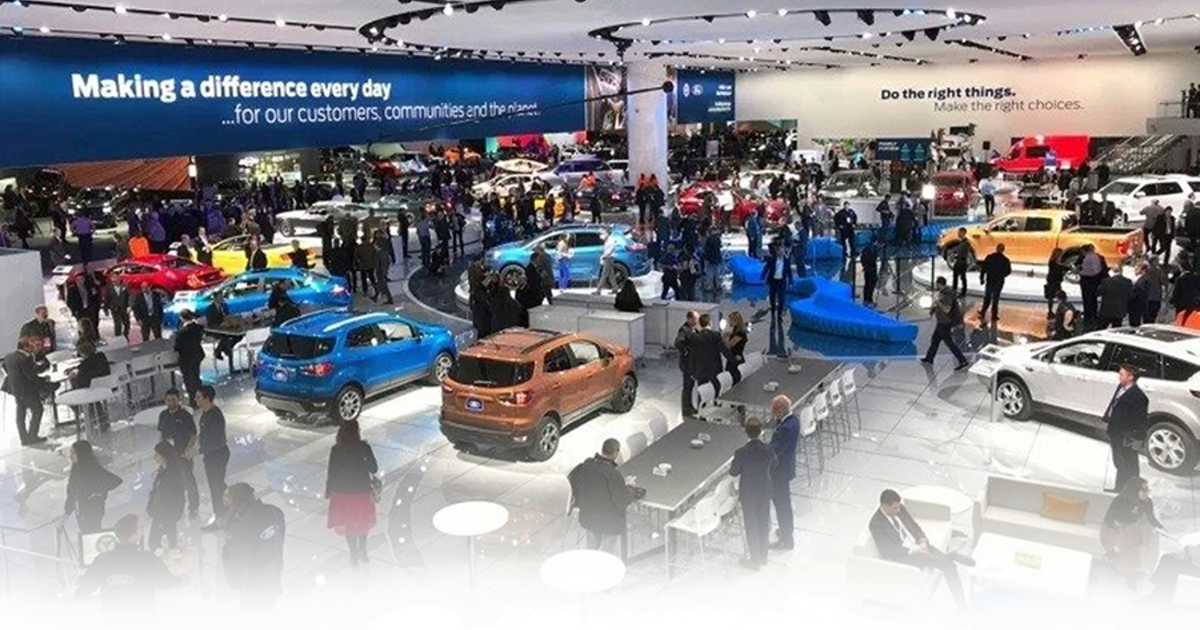 DETROIT — The 2022 Detroit auto show, which returns this week after a 44-month hiatus, won’t be the media-centric news extravaganza of years past.

Only about 10 new vehicles are slated to be unveiled, fewer than half the usual number of journalists are registered to attend, and many major automakers are skipping it altogether.

Instead, they’re focused on improving the consumer experience with a new indoor-outdoor layout featuring numerous ride-and-drive opportunities going well beyond the stodgy, static displays that defined the show for decades.

“The days of 60 reveals happening at our show are probably behind us,” Thad Szott, president of the Detroit Auto Dealers Association, which runs the show, told Automotive News. “This is a complete reboot. This is not the cars-on-carpet show you’ve been to in the past. It’s a completely different, re-imagined show.”

To be sure, this year’s event — the first since January 2019, after the coronavirus pandemic prompted cancellations in 2020 and 2021 — will generate some headlines. Ford Motor Co. plans to reveal the seventh-generation Mustang, and President Joe Biden is expected to tour the show alongside local officials.

The show floor, however, will look vastly different.

While some automakers, including the Detroit 3 and Toyota, will have prominent indoor displays, a large chunk of the square footage inside the Huntington Place convention center will be dedicated to five indoor track experiences, including courses for the Ford F-150 Lightning, Ford Bronco, Jeep Wrangler and Ram 1500.

Companies that do have large exhibits are expected to showcase recently revealed products that the public hasn’t had a chance to see in person.

Chevrolet will feature the Silverado EV, Equinox EV and Blazer EV, all of which are due to reach dealerships in 2023. But rather than wait for its hometown auto show, Chevy unveiled the electric Equinox, which will start at about $30,000, on “CBS Mornings” last week.

Toyota, in its 18,000-square-foot display area, will feature the 2023 Toyota Crown — a Japan-built nameplate that hasn’t been sold in the U.S. since 1972 but will replace the Avalon this fall. The high-roofed fastback four-door will offer a hybrid powertrain delivering up to 340 hp.

There will be 22 Toyota brand vehicles at the display, which also will feature racing simulators and exhibits about Toyota’s North American manufacturing.

Lincoln’s nearly 10,000-square-foot display is expected to highlight its recently unveiled Star and Model L100 concepts. Cadillac’s stand will feature its new Lyriq EV as well as the “Electriq Theatre,” billed as an immersive experience that tells the story of the brand’s history and previews its battery-powered future.

The show is relying on dealer-sponsored displays to showcase vehicles from brands including Volkswagen, Porsche, Honda, Kia and Mazda to fill out the floor map. Additionally, more than 80 tech companies, Tier 1 suppliers and startups will be included on the main floor as part of the AutoMobili-D exhibit.

Outside the convention center, the show will use space at Campus Martius and Cadillac Square parks, as well as Hart Plaza on the Detroit River, where Ford will take the wraps off the 2024 Mustang. A handful of vehicles, some of which are electric, will be available to ride along a street course that largely follows the same route as next year’s Detroit Grand Prix.

“We’re really excited about the geography the Detroit area has to offer,” Szott said.

In addition to cars and trucks, a number of attractions are planned.

A 61-foot rubber duck — a gimmick linked to a Jeep social media phenomenon — will float on the Detroit River, and life-size dinosaurs will fill a section of the convention hall dedicated to off-roaders.

That area will also feature the Flintmobile car built for the 1994 film The Flintstones.
Outside, six “air mobility innovators” will display electric vertical takeoff and landing vehicles, hovercrafts and a jet suit.

“We need to evolve,” Szott said. “I think some of the things we’re doing will set a benchmark.”

One part of the show that’s not changing: the black-tie Charity Preview gala that raises money for local nonprofits. Organizers had flirted with a concept calling for more casual attire, at one point floating a “summer chic” dress code when the show was planned for June, but they ultimately kept the status quo after feedback from regular attendees.

Rod Alberts, the show’s executive director, said he expected roughly half a million people to visit during public days, which will run Saturday, Sept. 17, to Sept. 25. Attendance in 2019 was announced as 724,354.

“This is really built on community,” he said. “We’re taking the show in a new direction.”