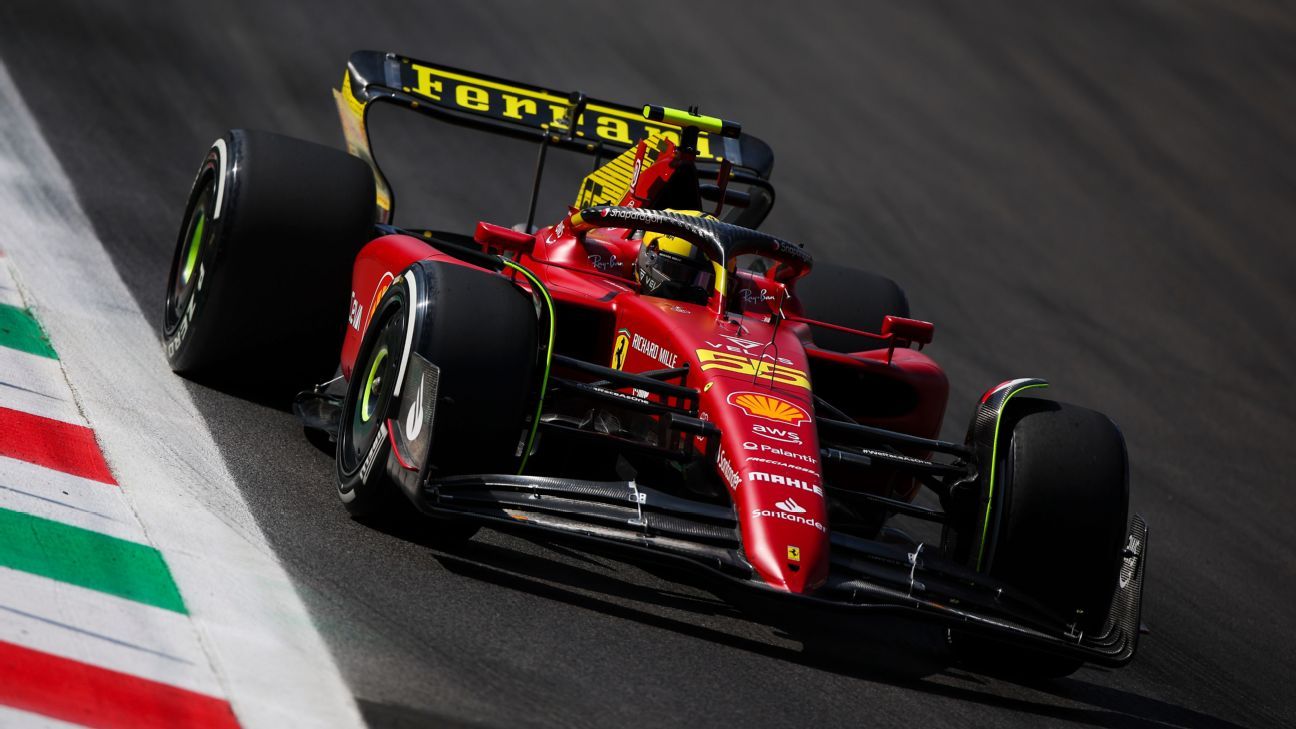 Ferrari’s Carlos Sainz will drop to the rear end of the grid for the Italian Grand Prix as he joined the growing list of drivers taking an engine change penalty.

The nature of Monza’s circuit, which features long straights and overtaking opportunities, is seen as a place where the impact of grid penalties on a driver’s final result can be minimised.

Ahead of the weekend it was confirmed Lewis Hamilton will start from the back of the grid after Mercedes made a wholescale engine change.

Ferrari will have one of its cars, running a special colour scheme with splashes of yellow for its home race, at the back end of the grid, with Sainz’s car being fitted with a new energy store, MGU-K and gearbox, giving him and accumulated 25-place grid drop.

Red Bull have added a fifth internal combustion engine (ICE) to world champion Max Verstappen‘s pool of parts, but because he’s already exceeded his allocation of ICEs, he gets a five-place grid penalty, not ten.

The runaway championship leader won from 14th on the grid at the Belgian Grand Prix after incurring engine change penalties.

Verstappen’s teammate, Sergio Perez, will take a 10-place penalty for using the first ICE outside of his allocation for the season.

Alfa Romeo’s Valtteri Bottas has a new internal combustion engine, MGU-H and turbocharger fitted to his car, so he has a 15-place grid penalty to take.

With Yuki Tsunoda already taking a 10-place penalty for exceeding the amount of allowed reprimands in a season, AlphaTauri has made wholesale changes to his power unit components, meaning he will start at the back of the grid.