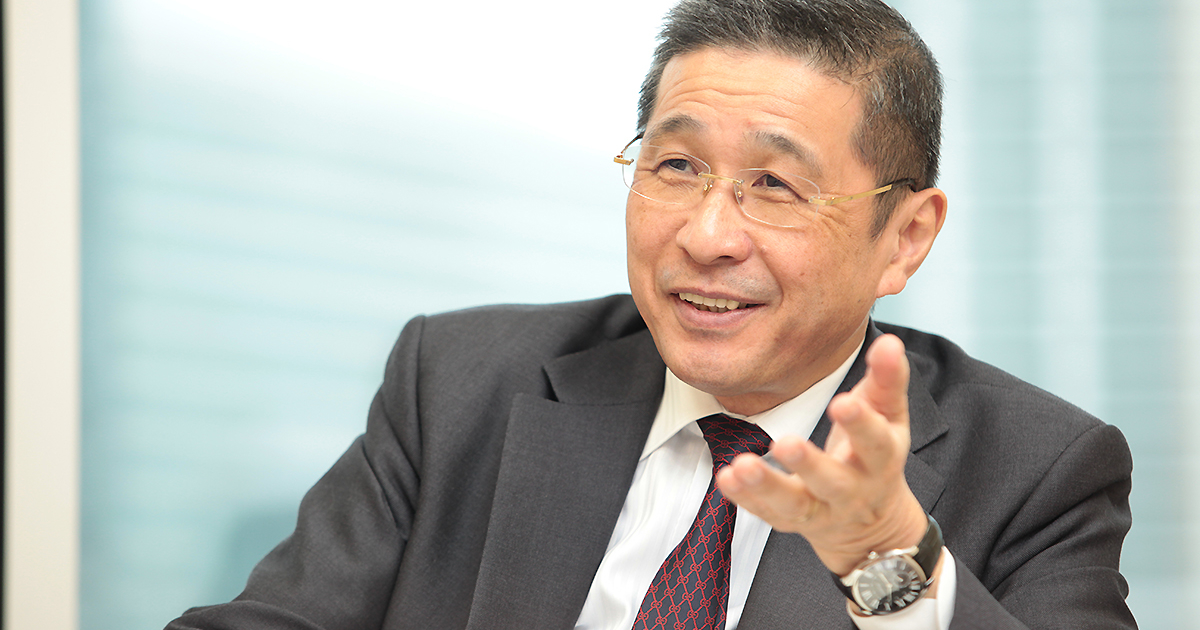 TOKYO — Hiroto Saikawa, former CEO of Nissan who presided over the arrest and ouster of his boss and mentor Carlos Ghosn — only to be drummed out of the company himself — is back in the business almost four years after the scandal nearly derailed the Renault-Nissan auto alliance.

After finishing a two-year noncompete agreement, the 68-year-old industry veteran is in talks to consult on autonomous urban mobility and is writing a book about his experience.

The Nissan lifer shocked Japan by accusing Ghosn of rampant financial misconduct at a news conference the night of the chairman’s arrest. Now, Saikawa is weighing in on the carmaker’s fitful recovery from the ensuing chaos and talking about Ghosn’s legacy.

Saikawa insists he would have been perfectly happy to have Ghosn, now 68, continue at the helm of the Renault-Nissan alliance, had it not been for what Saikawa called overwhelming evidence of misconduct.

Ghosn’s demise was a “big tragedy for everybody,” Saikawa said.

“We spent 20 years creating a good thing through recovery and evolution,” Saikawa said of Ghosn’s rescue of Nissan from near bankruptcy in 1999 and his eventual creation of a three-way Renault-Nissan-Mitsubishi partnership that became the world’s largest auto group in 2017.

“But because of his wrongdoing, it was partly destroyed,” Saikawa said.

In an interview with Automotive News, Saikawa said there was no choice but to remove Ghosn when the misdeeds came to light.

Saikawa dismissed talk that Ghosn was targeted by a Japanese coup bent on blocking further integration of Nissan and Renault.

“From the perspective of many in Japan, I was a hero,” he said. “I saved Nissan from being merged with Renault. But I wanted him to stay, if it hadn’t been for the misconduct.”

Prosecutors accused Ghosn and American director Greg Kelly of hiding some $80.5 million in postponed Ghosn compensation from 2010 to 2018. Both men, arrested the same day in Japan, deny wrongdoing. Ghosn faces two additional indictments for breach of trust for allegedly diverting company money for his personal benefit. He denies those charges as well.

At the time, Saikawa said he envisioned a way forward for Renault and Nissan that would have created a permanent partnership without resorting to a full merger or holding company. Ghosn was the only person to broker such a deal, because he wouldn’t force a merger, Saikawa said.

Today, Renault, Nissan and Mitsubishi are finally back in the black after years of losses. But ties between the companies, nearly broken after the Ghosn scandal, remain strained. The partners have divided the world into spheres of influence and been largely quiet on joint projects.

Saikawa praised Nissan for finally returning to a growth path.

“I don’t know if they have fully recovered from all the days and energy lost from that tragedy,” he said. “But in performance, they have recovered to making profit. So they are at the next step.”

Saikawa was a loyal lieutenant for much of Ghosn’s 19-year tenure, and served as co-CEO with Ghosn over the course of a one-year transition before becoming solo CEO in 2017.

He was forced to resign in September 2019 after it emerged he had improperly benefited from a stock-linked executive incentive program. Saikawa left the automaker in 2020.

These days, Saikawa is focused again on the mobility world.

His new passion is slow-speed, autonomous mobility for congested cities, a field hot for consulting in Japan. Saikawa said he has been approached by several companies but declined to name them.

Saikawa believes dense urban areas will evolve into geofenced zones where personal cars are banned. People will instead hop into leased or fleet-operated pod cars that drive themselves, offer privacy, run purely on electricity and are “light, soft and cozy,” for greater pedestrian safety.

“This is my dream,” he said. “In autonomous driving, everybody tries to make a car that moves autonomously in congested areas but can still go 90 mph on a winding highway.

“Do we really need this? Why not separate the two?”

Saikawa’s mobility views piggyback on his experience with autonomous driving and electrification at Nissan, as well as more recent consulting jobs in artificial intelligence. This year, he participated in an information technology project in Vietnam.

Software and infrastructure, not vehicle hardware, Saikawa said, will be the driving forces behind this new business. “This is what I was convinced of while I was at Nissan,” he said.

On the night of Ghosn’s arrest in November 2018, Saikawa lashed out at his alliance boss as the mastermind of long-running wrongdoing. In retirement, Saikawa sounds more charitable.

While he is “convinced” of Ghosn’s guilt, Saikawa wants people to also remember Ghosn’s other legacy — that he saved Nissan and built an international auto juggernaut.

“He was still the irreplaceable leader of the alliance, even if a little remote from day-to-day operations,” Saikawa said. “I respect what he did in the early days.”