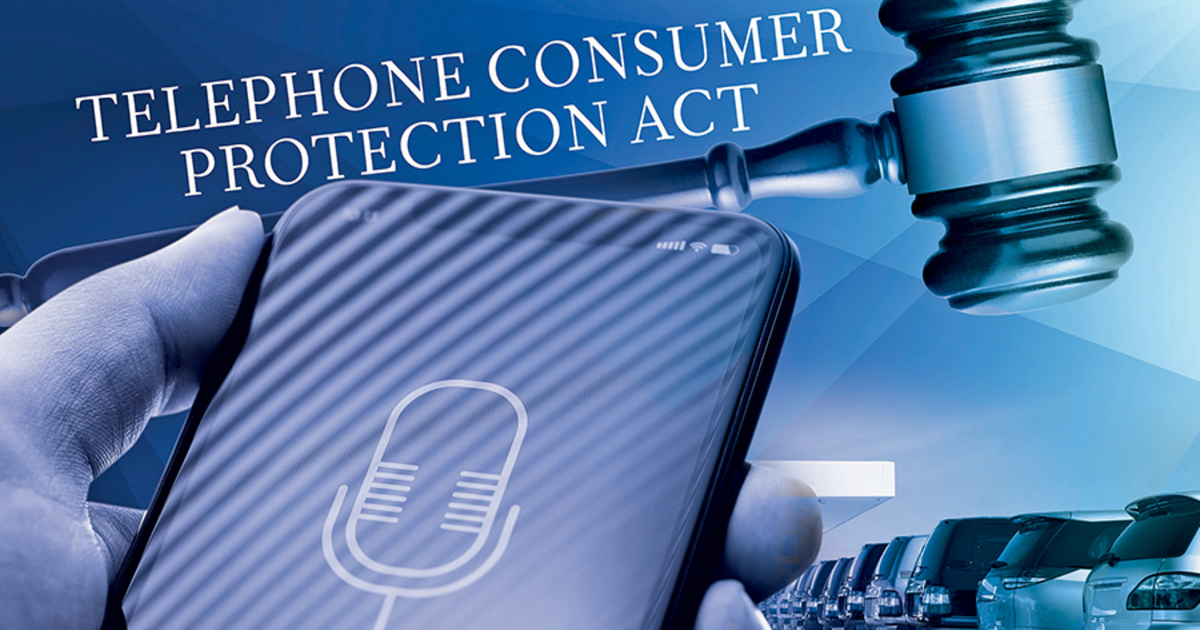 Ringless voicemails, a phone call method that deposits a message directly into a consumer’s voicemail box without the typical ring sound, has been a way some dealerships and other companies have skirted restrictions surrounding automated marketing calls.

The technology’s legality has been in dispute for over a half decade. While the Federal Communications Commission and even Congress have been petitioned to enshrine the approach as protected under the Telephone Consumer Protection Act, such action hasn’t happened. Instead, the modern-day legal consensus, based on numerous court decisions, is that the practice is illegal without prior consent.

And that means dealerships should be careful — violations can be costly, as demonstrated by a recent $2.5 million settlement in California.

“If [dealers] think that they can just do business the way they’ve always done it, and they don’t have to worry about this stuff, they’re making a mistake,” Brian Maas, president of the California New Car Dealers Association told Automotive News.

In the California case, settled in June, Moss Bros. Auto Group of Riverside, Calif., was accused of sending ringless voicemails to a former customer without written consent. As part of the seven-figure settlement, the dealership group was ordered to adopt policies and procedures to put it in compliance with the law and the National Do Not Call Registry.

Moss Bros.’ argument in the case echoed that of other dealerships that have used the approach: Ringless voicemails are not calls and, therefore, do not fall under the Telephone Consumer Protection Act, which prohibits automated calls and texts to consumers without prior written consent.

Ringless voicemails for mobile phones popped up around 2013 and grew in popularity. The technology is centered on prerecorded messages being deposited into voicemail boxes without triggering the ring on a mobile phone.

They happen two ways, according to consumer law experts.

The first is a double call of sorts. A system calls a phone but hangs up before a ring is triggered. A split second later, while the phone’s line is still tied up, the system calls again, causing the second call to go straight to the phone’s voicemail box. This allows for a message to be dropped in under the illusion that the phone was never called.

This first method is arguably the easier to challenge, legal experts said. The law bans automatic calls to any phone number. Since the double-call method does directly call a consumer’s phone, there’s a clear argument that it falls in the same category as robocalls and robotexts and is therefore illegal.

The second method, which has been at the center of several lawsuits and FCC petitions, is less clear-cut.

It involves calling a phone’s voicemail retrieval line using an online data program — essentially creating a back door to a phone’s voicemail box. The consumer’s phone number is never actually called, leading many marketers to assert it does not fall under the law.

The strategy has key advantages for dealerships. The messages can’t be blocked like calls or texts. Recipients of ringless voicemails get the whole message no matter what.

As in the Moss case, dealers’ arguments for using ringless voicemails generally have boiled down to the same thing in nearly every court case and petition: Ringless voicemails don’t call the consumer and thus aren’t covered under the law.

The dealership “did not call Plaintiff’s cellular telephone line,” the defense argued in court documents. “A call was not made because Plaintiff’s phone number was not dialed, and his phone could not, and did not, receive any voice communication.”

All About the Message, the distributor that the dealership had hired to send the voicemails, took the matter to Washington, D.C., in a petition to the FCC, but it was ultimately withdrawn after public backlash.

Experts on the Telephone Consumer Protection Act called such justification invalid and said the weight of the court decisions, including those involving Moss Bros. and the Naples dealership, simply outweigh the argument claiming the technology is exempt.

“Most people who review this, most lawyers who look at it, think it’s a completely absurd argument,” said Margot Saunders, senior counsel at the National Consumer Law Center, who has worked on ringless voicemail cases since 2015. “It would be considered a call since it sure looks like a call and it sounds like a call. … Whether it makes the telephone ring of the consumer has nothing to do with whether it’s technically a call.”

Randy Henrick, a compliance lawyer at Ignite Consulting Partners who works with dealers, generally agrees with Saunders’ analysis. But he’s not as airtight on the subject, calling ringless voicemails less burdensome to the consumer.

“The argument is that they’re not a traditional text message and that many cell phone carriers do not charge for them under a text message context,” Henrick said. “It’s less burdensome because it doesn’t tie up a consumer’s texting system.”

Even so, he said it’s hard to argue against the legal weight of the court decisions saying the practice falls under the law.

“In the courts where it’s been challenged, it has generally been found to be a text message because it burdens the consumer,” Henrick said.

If her petition is accepted, it would permanently and undeniably place ringless voicemails under the Telephone Consumer Protection Act.

It’s not clear how widely ringless voicemail technology is being used by dealerships. Compliance experts who advise auto retailers described it as a little-used strategy at this point because of its legal notoriety.

For dealerships that continue to use ringless voicemails, there are steps they can take to lower the risk of a costly lawsuit.

The California association’s Maas said dealerships need to use caution if they decide to use the technology. In California, for example, this means explaining to the consumer what their personal information will be used for before sending automatic calls, voicemail-bound or not — and getting express written consent.

“The bottom-line message to the dealers is they need to focus on compliance first, particularly in jurisdictions like California, where the rules are complex and frequently changing,” Maas said.

What dealers use ringless voicemails for is also important, said Michael Goodman, partner at law firm Hudson Cook and an expert on this law.

Marketing voicemails are higher risk, while transactional ones have a lower degree of required consent, Goodman said.

For instance, using ringless voicemails to tell customers their vehicles are ready to be picked up puts a dealership at lower risk for legal trouble than using the technology to advertise a sale on new cars.