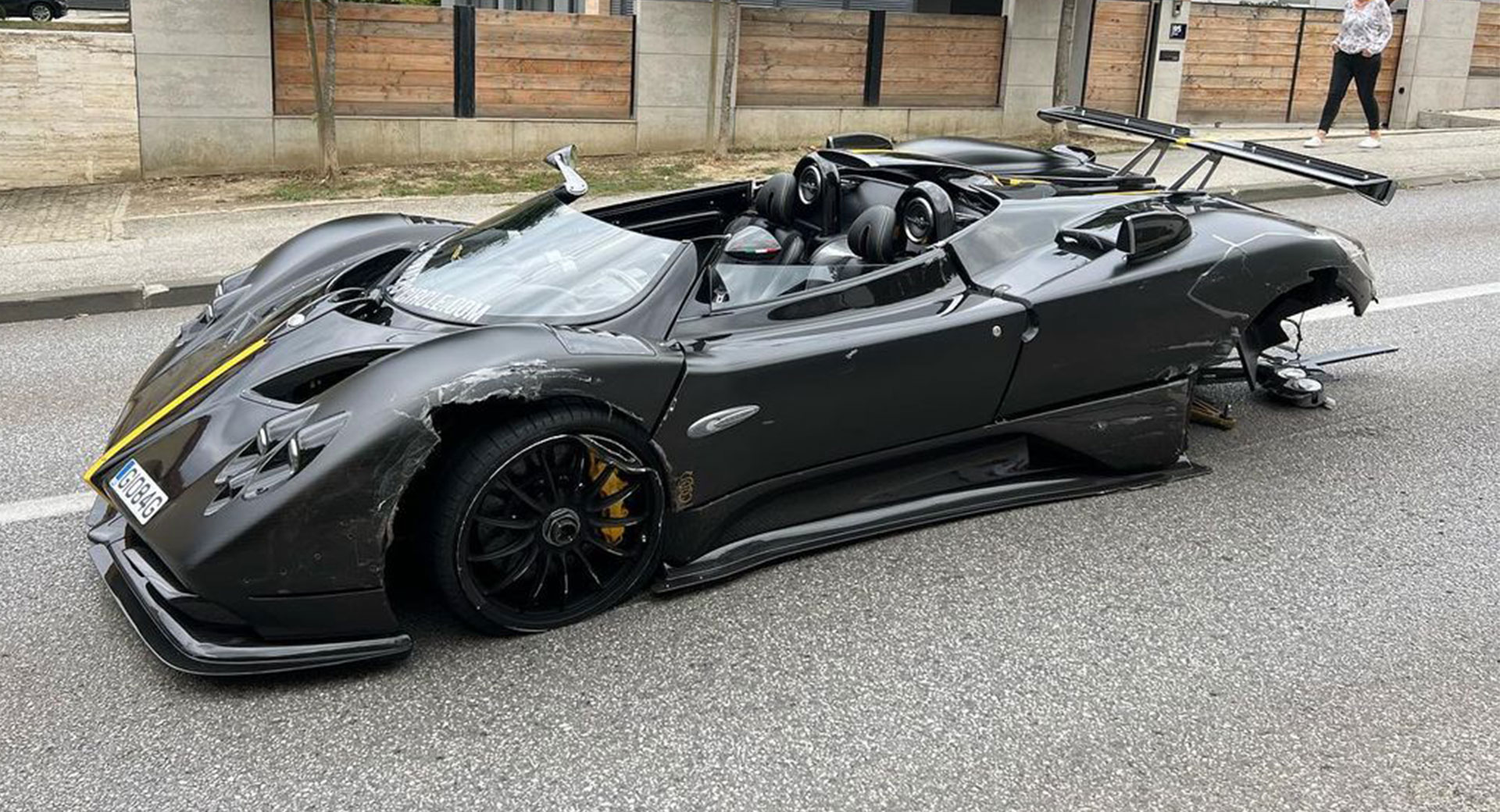 A rare Pagani Zonda HP Barchetta of which only three were ever built, has been left with serious damage after a crash in Croatia.

Read More: Pagani Zonda HP Barchetta Has As Much Power As The Huayra BC

A video of the crash shows that the Zonda HP Barchetta was driving behind the Apollo Project Evo at the time. While cruising around a slight left-hand bend in the road, the driver of the Pagani was a little eager on the throttle, spinning up the rear wheels. The driver was unable to correct the slide and slams directly into the side of a Ford Fiesta traveling in the opposite direction.

While the crash didn’t occur at particularly high speeds, the Italian supercar was left with comprehensive damage. Most notably, the left-rear wheel, hub, brake, and suspension components were all ripped from the Zonda and appear to have flown towards a house.

Much of the carbon fiber bodywork across the left side of the car was also damaged, as was the left-front wheel. As if that wasn’t bad enough, most of the rear fascia has been ruined and left lying on the ground. The Ford Fiesta also suffered extensive damage.

Fortunately, neither the occupants of the Pagani nor the Ford were damaged in the crash.

Given the rarity and desirability of the Zonda HP Barchetta, it seems likely that the car’s owner will swiftly send it back to the Pagani factory where it will be repaired. The owner’s insurance premiums will probably also jump significantly.