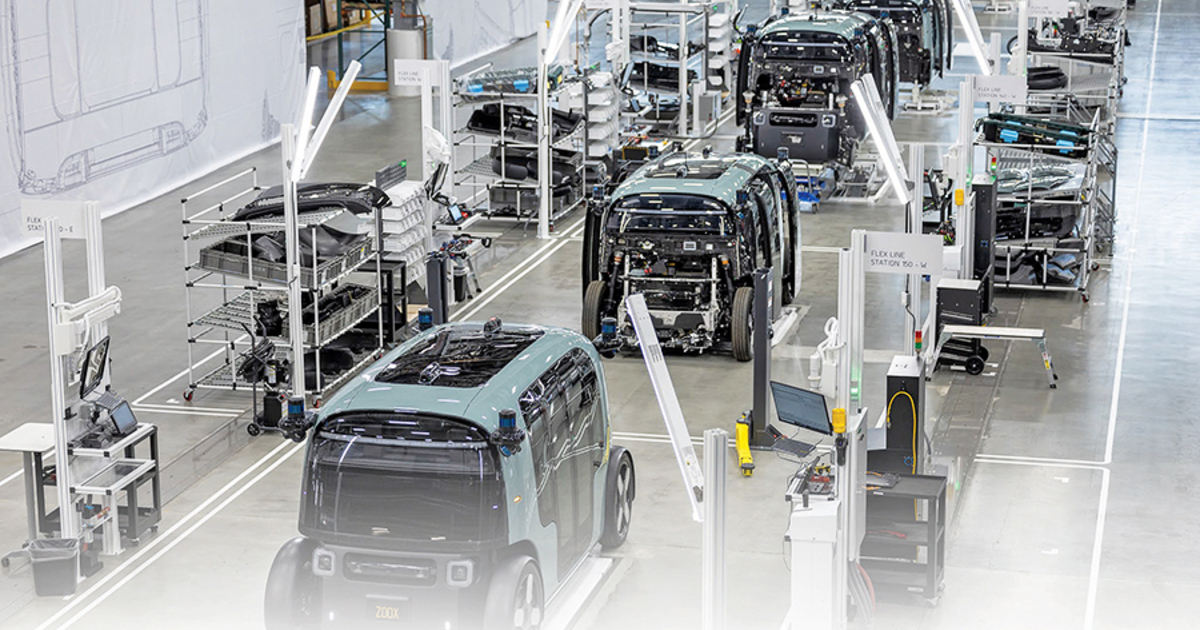 Nearly every autonomous driving developer envisions transporting food or other goods in its deployment plans. Despite being a subsidiary of Amazon, Zoox has only one thought: carrying passengers.

While they establish ride-hailing plans, competitors such as Cruise, Argo AI and Waymo all have deals to deliver groceries and other goods for Walmart. Motional will do food delivery for Uber Eats.

“People pay more to move themselves around cities than to move packages,” he said.

Zoox is running autonomous vehicle pilots in San Francisco, Las Vegas, Seattle and near its headquarters in Foster City, Calif. The company has said it plans to launch a robotaxi service in Las Vegas but hasn’t yet announced a start date.

Zoox is taking a contrarian approach that might not work, said Sam Abuelsamid, a mobility analyst at Guidehouse Insights.

“One reason everyone else is doing deliveries is that from an operational and unit-economics perspective, deliveries can be much more economically viable,” he said.

But the cost of delivering packages can be more expensive than delivering people, according to Ashley Nunes, a fellow at Harvard Law School who studies innovation. Revenues derived from moving human passengers in human-driven ride-hailing services can reach 97 cents per mile, he said, and that’s a target that autonomous ride-hailing hopefuls want to emulate.

He cautioned that making comparisons to goods delivery can be complicated, because of fluctuating per-truck volumes.

There are operational considerations. People will expect a robotaxi to take the shortest, quickest route to their destination, Abuelsamid said. But package delivery has more flexibility. The delivery service can optimize the route for efficiency rather than speed. That could cut all the non-revenue, deadhead miles to pick up passengers.

“If you’ve got a vehicle that’s doing 10 to 20 deliveries on one trip, you can plan a route so that the last drop-off is the closest one back to your distribution center,” Abuelsamid said.

Other costs are associated with carrying passengers, like keeping the vehicle clean.

“You have to ensure nobody’s getting sick in the vehicle,” Abuelsamid said.

While Zoox may launch with passenger service, he said it wouldn’t be long before they carry packages.

“They’re going to use that technology in any way that benefits Amazon,” Abuelsamid said.

Other analysts agree that Zoox will alter its strategy.

“They’re definitely going after both ride-hailing and delivery,” said Gary Silberg, who heads the automotive practice at the KPMG consulting firm.

But it’s no surprise that Zoox’s initial foray will be passengers because of how it designed its dedicated vehicle.

Zoox is one of two major autonomous vehicle companies building its own robotaxi. It will drive itself without human intervention, and it won’t have controls like a steering wheel, accelerator and brake pedals. General Motors-backed Cruise is building the Origin, a similar pod-like vehicle. But for now, Cruise is running modified Chevrolet Bolts.

The Zoox vehicle has four-wheel steering and is bi-directional so that it’s highly maneuverable in dense urban environments. It also has multiple in-vehicle airbags to protect passengers and a top speed of 75 mph in either direction, making it suited for highway use.

Though tailor-made for ride-hailing, Zoox might easily modify the vehicle for delivery, Abuelsamid said.

“Just take the passenger seats out and replace them with an Amazon locker on wheels. When the vehicle arrives, you scan the bar code on your phone, and it pops open one of the locker doors,” he said.

Amazon has also invested in Aurora Innovation, an AV developer first focused on deploying autonomous trucks in highway environments with ride-hailing planned at a later date. At some point, Zoox and Aurora could complement each other to Amazon’s advantage.

“Amazon lives to refine logistics and this is where I expect their true focus lies,” said Roger Lanctot, connected mobility analyst at Strategy Analytics. “If Zoox is eventually repurposed towards things instead of people, it need not compete with Aurora.”

Ultimately, Amazon will treat Zoox as it does everything else, a platform play, Silberg said.

“Who knew at the time that Amazon would go from just selling online books to selling everything in the world,” he said. “There’s a lot of things that they’ll probably add on.”