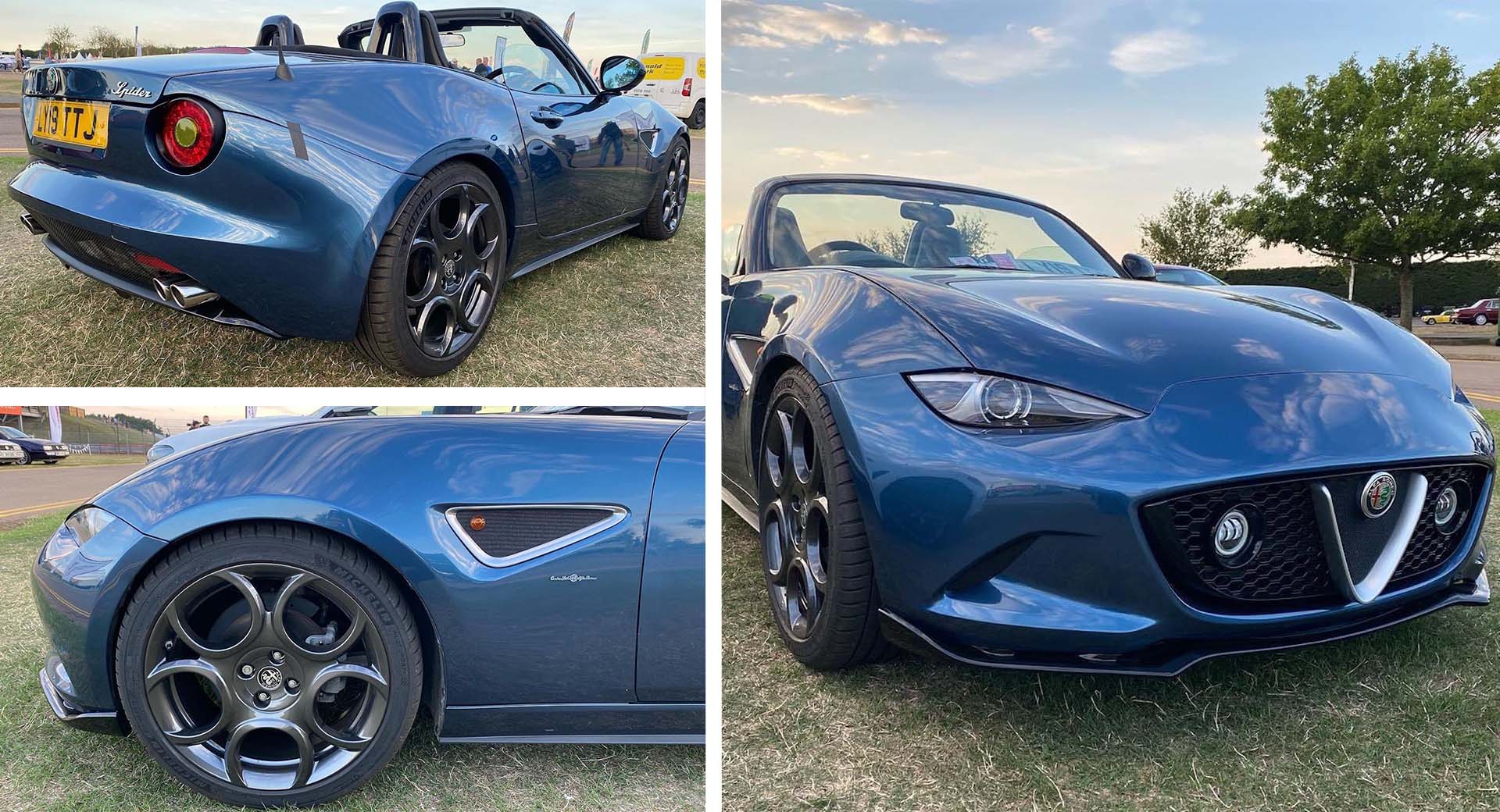 Exactly 10 years ago Alfa Romeo announced it would co-develop a new Spider with Mazda that would be based on the Japanese firm’s still-secret 2015 MX-5 Miata. It was a brilliant plan, one that would see Alfa delivering on the promise of 2010’s gorgeous 2uettotanto concept car.

But it was a plan that fell apart soon afterwards. Instead of creating the sexy two-seat Alfa Romeo sports car the world actually wanted, Alfa’s then-parent company FCA opted to make a frumpy-looking Fiat/Abarth 124 Spider that nobody asked for. Which must have been almost as annoying for Alfa as watching Dodge turning its Tonale SUV into the Hornet.

But the 2015-on ND MX-5’s visual similarity to Alfa Romeo’s gorgeous 8C Spider, even in its unmodified Mazda form, means Alfa fans haven’t let the idea drop. In the intervening years we’ve seen renderings showing how an ND-based Spider could have looked, but now someone has gone all the way and created the Alfa Romeo “Spiata” that FCA cast aside.

Related: Alfa Romeo Is Apparently Pissed About The Dodge Hornet, And We Can See Why

An attempt was made 🍀 pic.twitter.com/5Cgh3JT9rW

We don’t know much about the build process behind this Spider conversion, which was spotted in the UK. But an online check of the registration number tells us it started life as a 2019 MX-5 Sport Nav Plus and has the entry-level 130 hp (132 PS) 1.5-liter naturally aspirated motor offered in Europe (but not in North America).

The Mazda’s front end is very little changed, the mods limited to a classic heart-shaped Alfa motif mounted on the grille, plus a grille-mounted Alfa Romeo badge in place of the bumper-mounted Mazda one, and the addition of two extra lights in the grille mesh. It looks strikingly similar to a render from Andras Veres from 2020, but is probably the least successful bit of the conversion.

And that’s because the other modifications are far more convincing. First, you’ve got a set of wheels with Alfa’s trademark five-hole design, and also a fender cutout that mimics the one on the 2008 8C. And the rear end is treated to a brand new (presumably fiberglass) bumper that relocates the registration plate to a new spot just below the trunk-lid, and that trunk-lid also appears to have been modified to work with a set of simple circular rear lights. We don’t get to see inside the Spiata, but bar the addition of an Alfa badge, we suspect it’s stock Miata issue.

What do you think of this home-brewed Malfa MX-5? Would you have preferred FCA green-lit this kind of conversion instead of the Fiat/Abarth, and if it had done, should it have used the naturally aspirated MX-5 powertrains or Fiat’s turbocharged MultiAir engines?