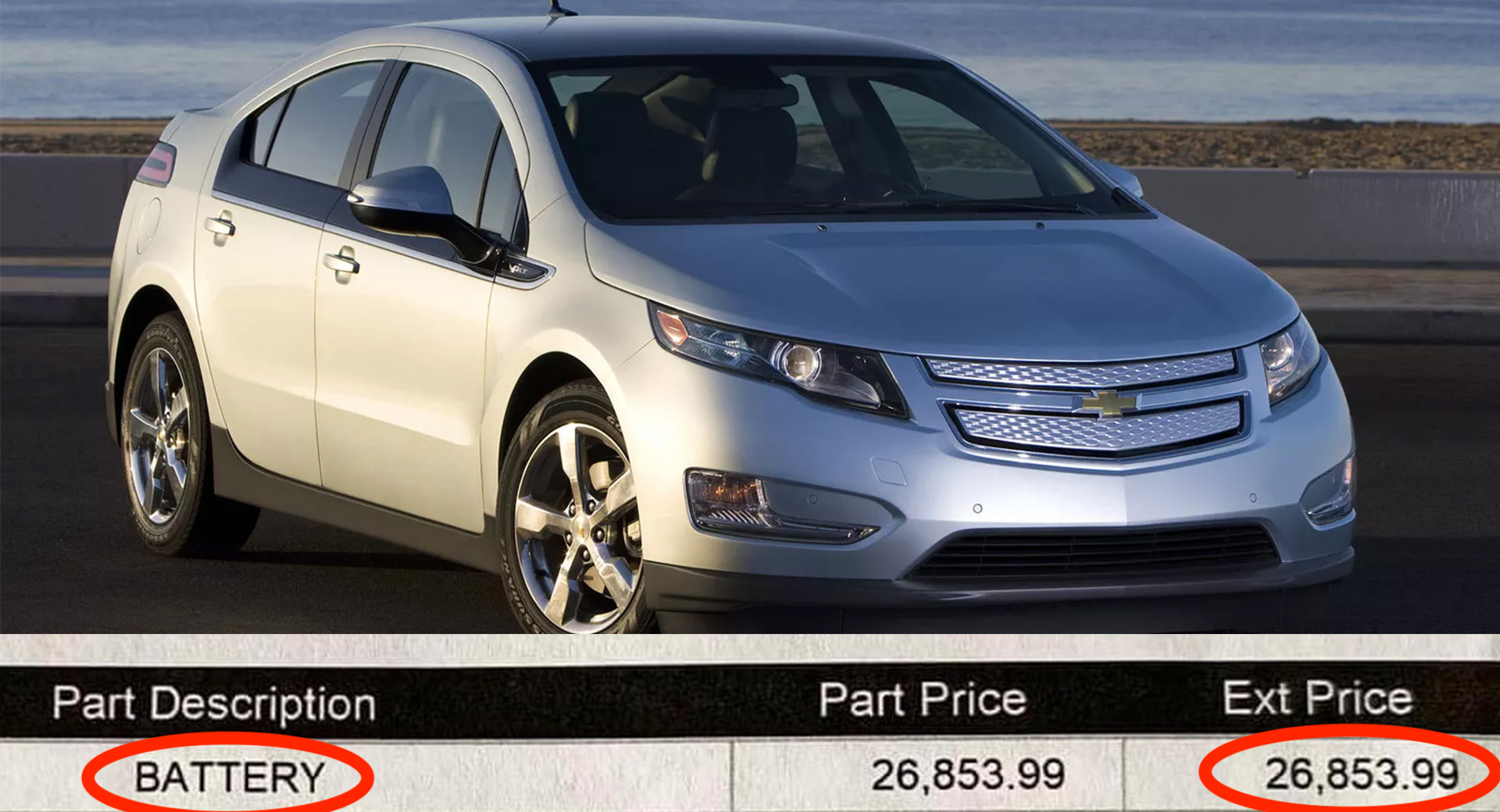 A Florida Chevrolet dealer’s repair estimate has gone viral after a Volt owner was quoted almost $30,000 to replace the battery on their ageing hybrid car.

The incompatibility of those last two numbers leads us to presume that the owner didn’t go through with the job – the print-out was just a repair estimate, not an actual invoice for work completed. But why was it going to cost so much? Some comments online suggested that the whole thing was a hoax, alleging that the print-out was missing certain bits of data like an address and phone number that would be on a “real” dealer quote.

But the Back the Truck Up blog and fact-checking website Snopes contacted the dealer, confirming that the estimate was indeed genuine, and was for a battery that came from a third-party supplier. Back the Truck Up says that the supplier was Spear Power Systems, a MO-based manufacturer of lithium batteries for use in aviation, maritime, and mining industries, but SPS didn’t reply to Snopes when it attempted to confirm SPS was the source of the battery.

Bet that Chevy Volt sounded like a good idea at first. pic.twitter.com/q57U0gZowU

“In the newer EV or EUV vehicles with newer technology the batteries do cost less. Think of it like big screen TVs. Remember when the first big screen came out, they were very expensive, and as the technology advanced the prices became better. This battery is also out of warranty of 8yr/100k miles whatever hits first.”

The size of the Volt battery increased between the launch of the first generation car in 2011 and the discontinuation of the second-gen model in 2019. But early Volts like this one had a fairly small 16.0 kWh battery, and you’d think that there must be enough of them reaching the age that they need a battery replacement for there to be a decent supply of affordable replacements. In fact, Reddit users turned up a page on GM Parts Online suggesting that a refurbished battery assembly for a 2011-14 Volt is available for $6,880, having been reduced from $9,100. 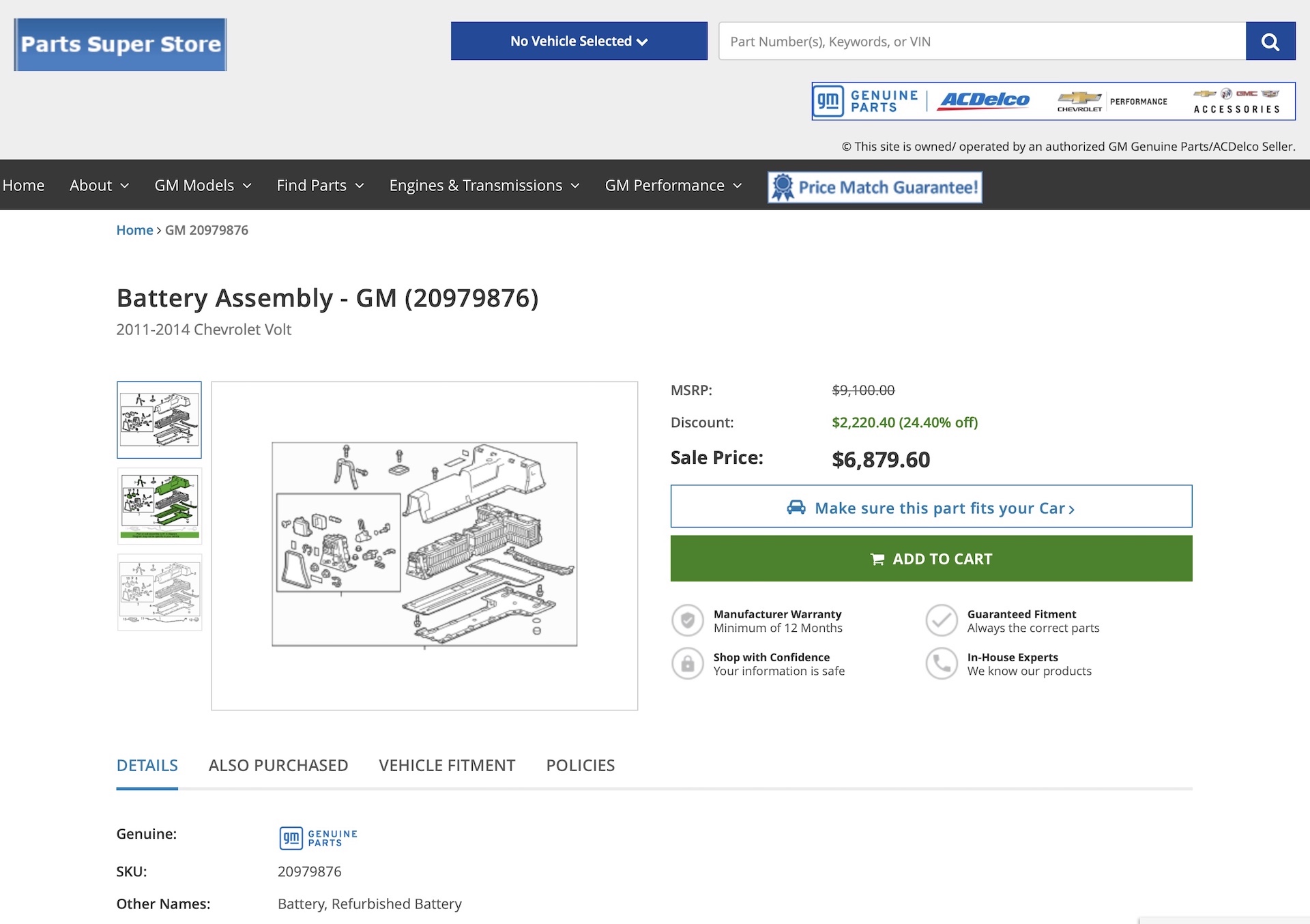 That part comes with a 12-month warranty, but if the customer simply wanted to get their car back on the road there are numerous Volt battery packs on eBay, including one from a 2012 car priced at $3,599. Obviously, you’ve got delivery and labor to factor in, but you’re still going to end up paying a lot less than $30k. But perhaps most mind-blowing of all, you could buy a brand new Chevy Bolt ($25,600) or Nissan Leaf ($27,400) and still end up spending less money than Roger Dean Chevrolet quoted to fix the decade-old Volt.