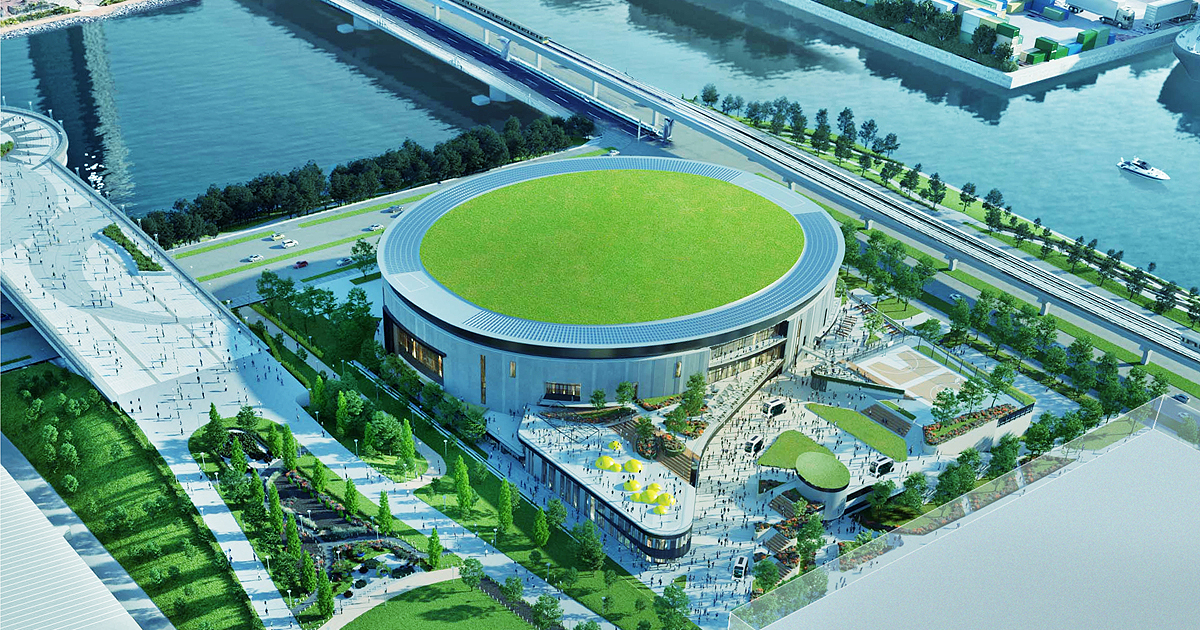 This time, Toyota will build a bay-side arena for a Japanese pro basketball team with one of the wildest names in the wide world of sports: the Alvark.

The stadium, to seat 10,000 fans when it opens in 2025, will be the new home court for the Toyota Alvark Tokyo, a professional Japan league team backed by the world’s biggest automaker.

The plan, unveiled Monday, will redevelop an area of the Tokyo waterfront where Toyota long had a sprawling vehicle showroom, auditorium, test drive and brand experience center.

Toyota’s Mega Web facility shut down in December, shortly after President Akio Toyoda used the space for its last major event, to unveil the company’s long-term vision for electric vehicles.

Toyoda, who played field hockey in his youth and still gets behind the wheel in motorsports, said his company draws inspiration from the never-say-die attitude of athletes.

One of Toyota’s outside directors, for example, is a former basketball player with a string of medals from a storied career in international competition. Philip Craven played the sport from a wheelchair after an accident left him without the use of his legs at age 16. Craven is also a former president of the International Paralympic Committee.

“This new arena project incorporates two ideas of ours. The first is to show ‘gratitude to sports and athletes.’ The second is to give ‘continued support to people who push their potential,’ ” he said in a news release. “I believe that sports have the power to give us all courage.”

Mega Web opened in 1999, and Toyota estimates 127 million people visited it over the years.

The mighty Alvark, twice champions of Japan’s B.League for men’s professional basketball, currently play in a stadium in a western part of Tokyo far from downtown. The new arena will bring the team closer to the city center and help anchor a popular shopping area.

The team moniker is a creative amalgam of words, in true Japanese fashion.

It starts with an English transliteration of the Arabic word for “electric shock.” This, Toyota says, “reflects the enthusiasm of a team that plays in an electrifying style.” The “Al” is Arabic for “the,” and the “V” stands for “victory.” Combine that with “ark,” as in a massive boat that can weather any storm, and, says Toyota, “Alvark also signifies an ark that carries the team to victory.”

The team used to be called the Pacers.

Two Americans play on the Alvark, including 6-foot-11-inch center Alex Kirk, who had a brief stint with the Cleveland Cavaliers. The team’s mascot is a pudgy, red bearlike creature named Luke.