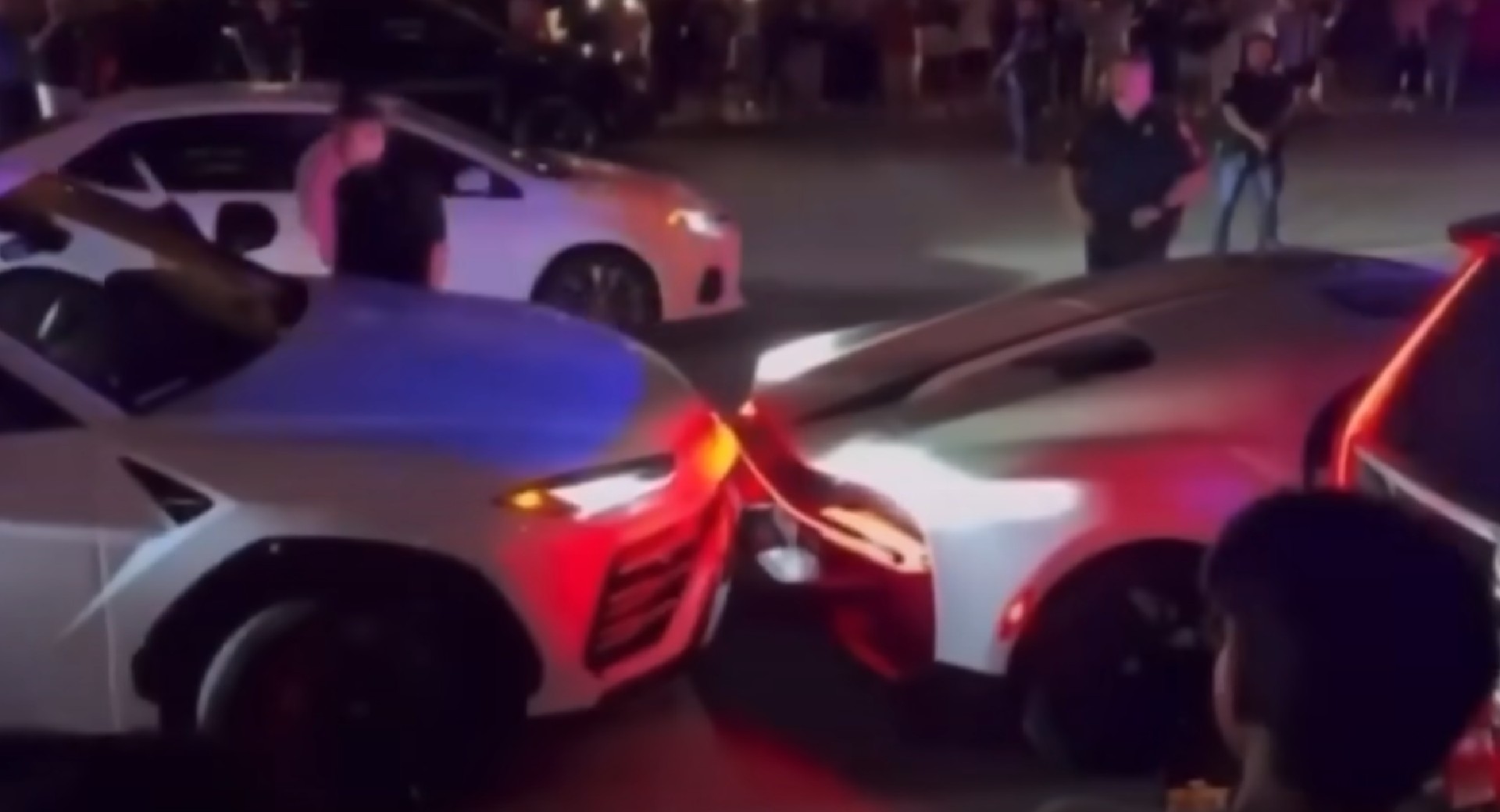 Minor fender benders don’t usually make it on the news but things are different when we are talking about a multi-million exotic from Bugatti. The pictured Chiron which made close contact with a Lamborghini Urus on Thursday night is owned by rapper Bad Bunny, who was present for the opening of his own restaurant in Miami.

The incident occurred just outside Gekkō, the new Japanese-inspired steakhouse by Bad Bunny and David Grutman. The driver of the white Lamborghini Urus was trying to unpark the vehicle with the help of bystanders, but as you can see from the video below, this didn’t unravel well.

Initially, a man dressed in black was standing between the Urus and the parked Chiron, giving directions to the driver of the SUV and protecting the cars from touching. Moments later, he is gone, and the Lamborghini rear-ends the Bugatti.

Thankfully the bump happened at very low speed – similar to a minor fender bender from 2021 involving a Bugatti Divo. Still, the cracking sound which prompted the crowd’s reaction could mean there is some damage to the vehicles involved. The videos don’t have the best lighting, however Bad Bunny’s Bugatti Chiron appears to be fitted with the US-spec rear bumper. The add-on might not look great but it certainly did its job in protecting the hypercar’s precious bodywork. Replacement parts for the Chiron’s body panels are infamous for their insane prices so this extra protective kit probably saved the insurance company from a very hefty bill.

In other news, the opening night of the restaurant attracted many popular artists including Future, Lil Wayne, DJ Khaled, and Timbaland, alongside celebrities like David and Victoria Beckham.