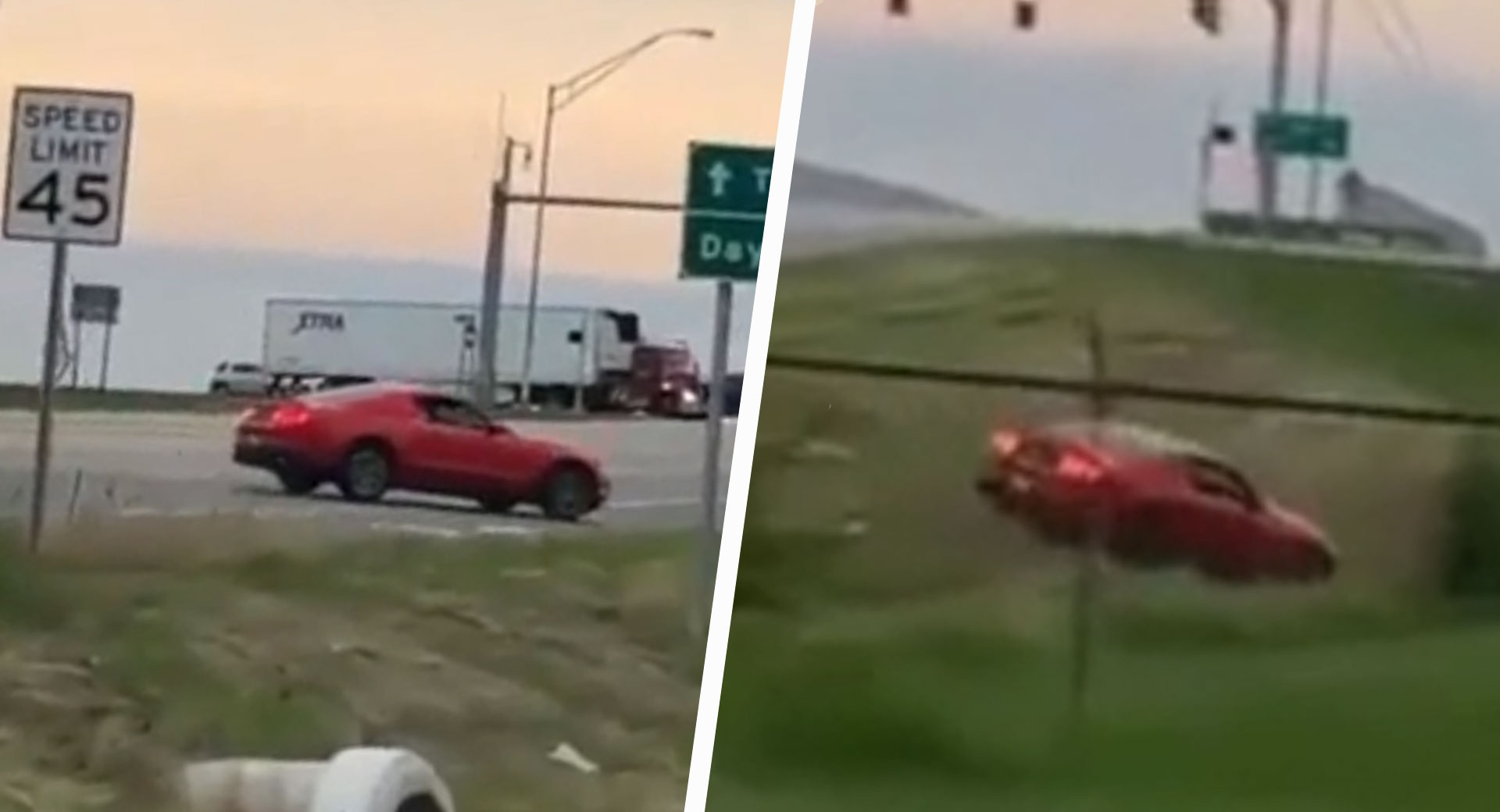 Ford Mustangs and showing off go hand-in-hand, but unfortunately accidents aren’t too far behind. That brings us to this Mustang, which simply wanted to go out to pasture like a proper pony.

As you can see in the short clip uploaded to Reddit, our fearless Mustang driver decided to show off while making a left turn. This was as successful as one would expect as the driver slides the car and then massively overcorrects.

While they’re certainly not the first Mustang driver to make this mistake, they sent their car down an embankment and into a grassy field on the side of the road. This might be a pristine grazing area for horses, but it’s no place for a pony car.

Thankfully, our hapless Mustang driver was smart enough to notice and quickly performed a U-turn, before climbing the small embankment with ease. The car appears to have escaped unharmed, but unfortunately the driver’s ego is in tatters.

We don’t have to wait much longer until we see a new generation of Mustangs continuing this legacy as the redesigned model will be unveiled at the North American International Auto Show on September 14. Ford has been keeping a relatively tight lid on the car, but future show offs can expect an edgier exterior as well as a high-tech cabin that features higher quality materials and a digital instrument cluster that flows into an all-new infotainment system.

The 2024 Mustang is also slated to feature an upgraded engine lineup, so the Cars & Coffee crowd might want to keep their distance.