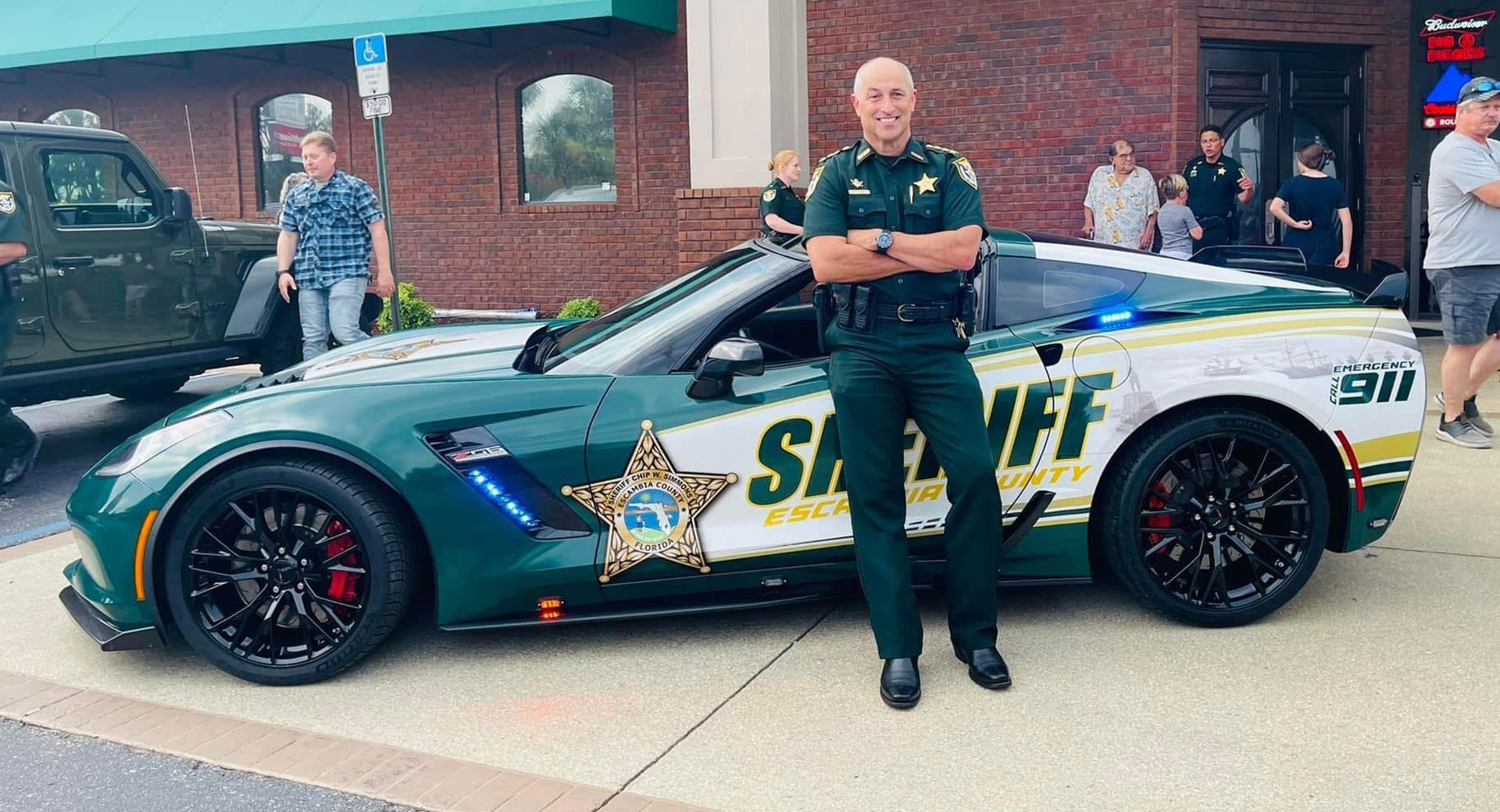 The Escambia County Sheriff’s Office showed off the “newest and freeist” addition to their fleet over the weekend, and it’s a C7 Corvette Z06.

Bound to be the envy of everyone stuck in a Ford Police Interceptor Utility, the car was seized from a felony suspect and given an eye-catching wrap. The model was also outfitted with flashing red and blue lights, although traffic stops won’t be its forte as the vehicle will be used for community engagement and recruiting purposes.

Since the Sheriff’s Office knows some people would likely object to a Corvette patrol car, they claimed “no tax payer dollars were used to fund this vehicle.” As they explained, the “new wrap and upgrades were funded by the Escambia County Sheriff Foundation,” which is a nonprofit organization that aims to support employees of the Escambia County Sheriff’s Office as well as foster community engagement while also promoting public safety.

NorthEscambia.com reports the 2016 Corvette Z06 [In the video it’s called a 2017] was seized from “local drug dealers” and its wrap features “iconic local scenes, including the landing of Don Tristan de Luna and the Blue Angels at Pensacola Beach.”