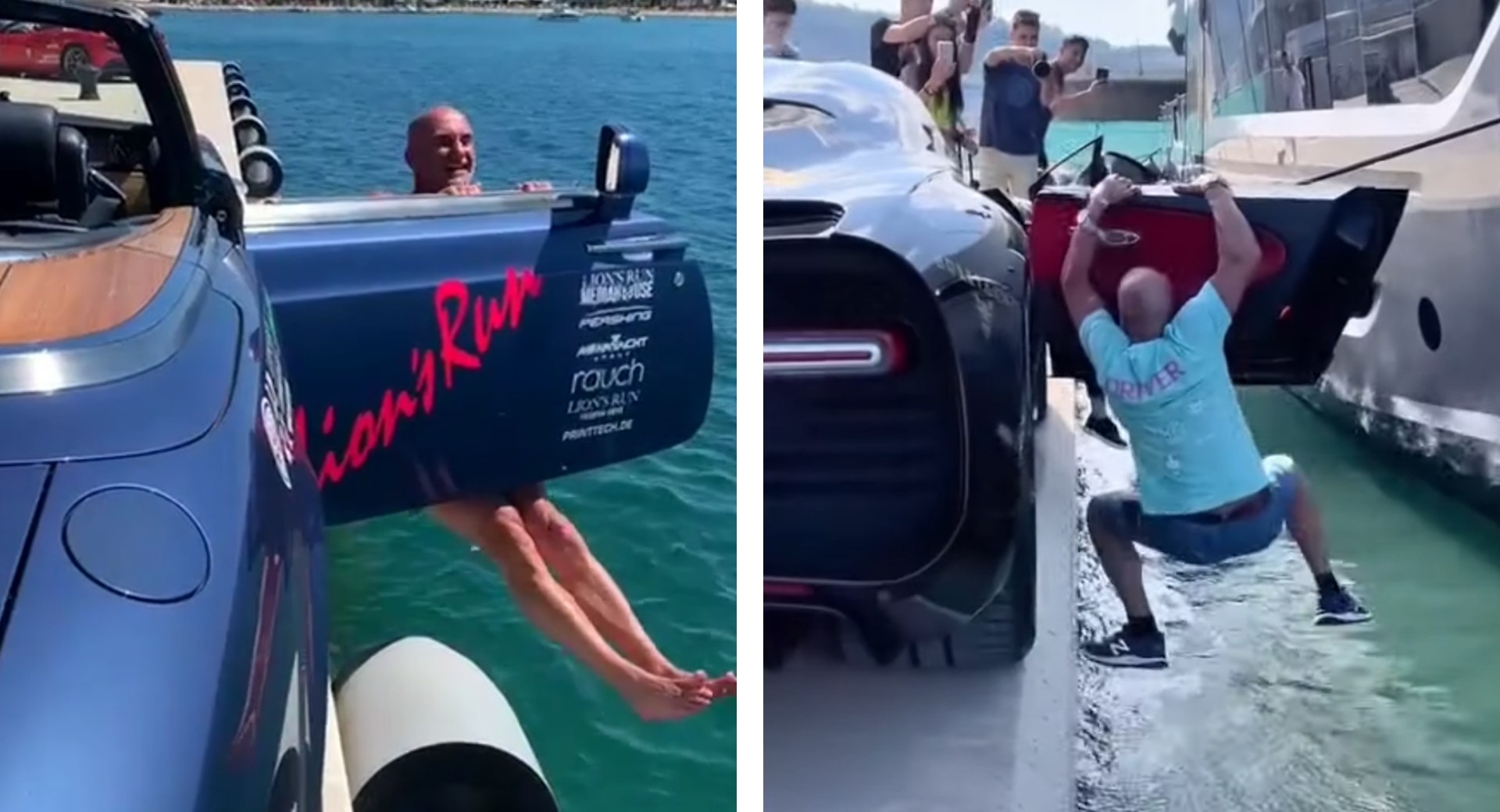 There are a lot of attention-grabbing stunts on social media these days, with people going to extremes in order to gain likes and increase their follower count. The latest clip that went viral shows a guy doing pull-ups while hanging from the door of a Bugatti Chiron – and weirdly, it wasn’t the first time he did that.

The man in the video is entrepreneur Christoph Zitzmann who owns a business selling, leasing, and renting exotic vehicles. He recently participated in the “Go Luxury Summer Tour 2022” from Ibiza to Monaco behind the wheel of his Bugatti. During one of the stops, he thought it would be a good idea to stay fit by doing pull-ups while testing the durability of the door hinges in the Chiron. In the video shot by bystanders, he can be seen hanging his entire weight from the open door of the hypercar that is parked near the edge of the port to add the extra challenge of not falling into the water.

The clip went viral with many people criticizing the entrepreneur for not caring about the repair costs and doing stupid things for attention. The Bugatti Chiron is known for the crazy expensive pricing of its components, like the $400k front end or the $55k roof, thus potential damage to the door hinges would certainly cost him a pretty penny. Still, the door seems to hold pretty well, proving the high level of Bugatti engineering and build quality.

While going through Zitzmann’s social media which are full of exotics, we noticed he has a fetish for doors. A while ago, he did some pull-ups hanging from the door of a Rolls-Royce Drophead coupe, again near the water during a “Go Luxury” event. After his exercise routine, the suicide door of the hand-crafted Rolls-Royce was still closing effortlessly with precision, showing it can easily handle the extra weight. Finally, there is another post where he sits on the open door of a Bugatti Veyron with a pretty unusual spec, again without any damage to the hypercar.

While all those stunts are pretty much unnecessary and potentially expensive, we have to admit they did their job in grabbing people’s attention. It is also one’s right to do whatever they like with their property – including cars, as exhibited by WhistlinDiesel and his viral YouTube channel. Having said that, we would suggest using proper gym equipment when you are in the mood for some pull-ups. It will be cheaper, safer, and more effective.