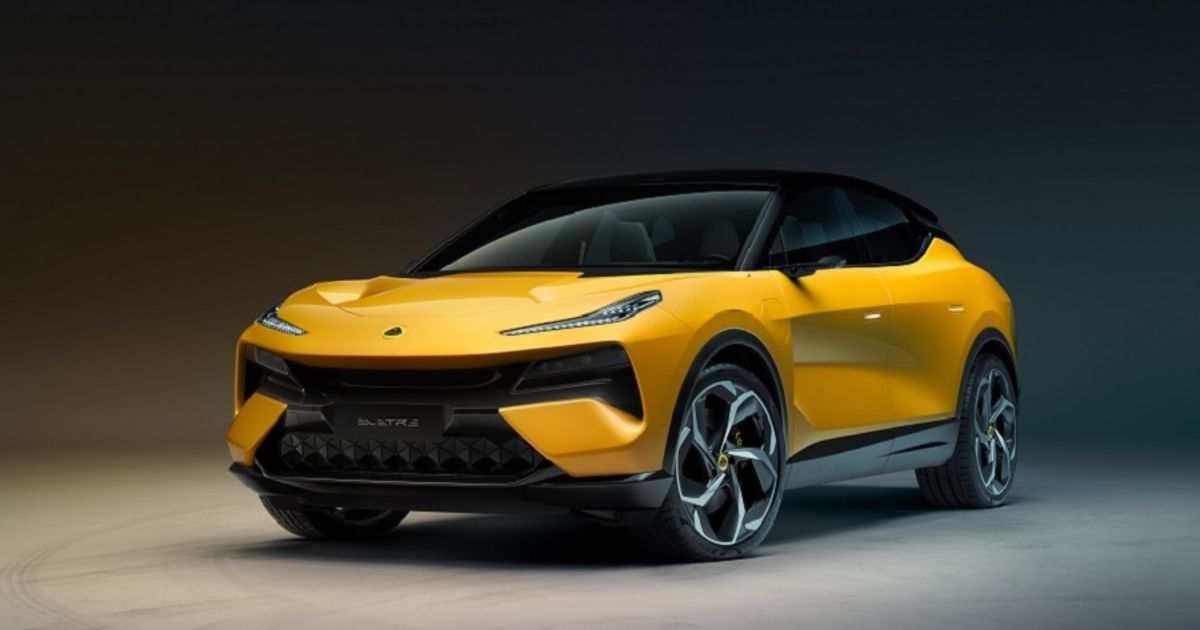 The Eletre, which was revealed in London on Tuesday, will become the flagship model for the automaker’s new range of ‘lifestyle’ electric vehicles that will be built in Wuhan, China, for global markets.

The high-performance SUV is the automaker’s first five door car. It will be an electric rival to luxury SUVs powered by powered internal-combustion engines such as the Porsche Cayenne, Aston Martin DBX and Lamborghini Urus.

“It’s a significant transformation that has never been undertaken in the automotive industry before,” Lotus Cars CEO Matt Windle said during a preview of the car.

Lotus said the Eletre will accelerate from 0-100 kph (62 mph) in less than three seconds, which would make the SUV faster than Aston Martin’s new DBX707 high-performance variant, which is claimed to go from 0-100 kph in 3.1 seconds.

The Eletre has up to four separate lidar sensors to provide what Lotus claims will eventually be “end-to-end autonomous driving.”

The driverless features that the car will offer when first deliveries start in early 2023 is the ability to self-park but further autonomous features will be added by over-the-air software when it is allowed by local market regulation, Lotus said.

The Eletre is built on a new platform called Electric Premium Architecture with batteries mounted in the floor.

Lotus did not disclose the Eletre’s weight, although initial specifications seen by dealers put it over two tons.

The SUV uses an 800-volt architecture for faster charging. A 340-kilowatt charge system is standard.

Lotus is targeting a 600-km (373-mile) range from the 100-kilowatt-hour battery, which was described as ‘high-density’ without reference to the chemistry.

The car was designed in the Lotus Tech Creative Centre (LTCC) in Warwickshire, UK, where the team worked to create a link to Lotus sports cars.

The blade-like nose as well as the system of air intakes and ducts in the front and side of the car create a “porosity” to the surfaces that evoke sports such as the electric Evija hyper, said Ben Payne, head of LTCC.

Lotus claims the car has the most advanced active aerodynamics package seen on any production SUV.

The most eye-catching feature is the network of triangles in the front of the car that can open when the battery and other elements need cooling and then close again.

The Eletre has a short hood and an elongated cabin. This key design element references the styling of the brand’s sports cars and mid-engine coupes but also makes it clear it’s an electric car, Lotus said.

The styling reflects the electric era, rather than current car designs that go back to the era of horse-drawn carriages, said Lotus design boss Peter Horbury.

“The Aston DBX the Lamborghini Urus, Porsche Cayenne, the Ferrari SUV — all of them have got a massive V8 in the front. That is really the technology of the horse-drawn vehicle with the driver behind,” Horbury said.

“We’ve been able to see this parked next to a Urus and Cayenne and it looks the newest by far,” he said.

Inside the cabin the designers have worked to create a high-tech look demanded by customers particularly in China but without making it too distracting.

A 15.1-inch screen in the center of the dashboard folds when not needed and much of the driver information is given via a standard head-up display with augmented reality.

Under its Chinese owners, Geely Holding Group, which bought a majority stake in the storied but money-losing brand in 2017, Lotus is following Porsche’s successful move into SUVs with the Cayenne and Macan

Lotus aims to increase sales to 100,000 by 2028 from 1,519 sports cars in 2021. Its plan is that 90 percent of those sales will be SUVs or sedans.
The Eletre will go into production at the end of the year with deliveries to China, the UK and European Union starting early 2023, Lotus said.

Deliveries to the U.S. and other global markets will begin in 2024.

The new models, except the sports car, will be built at Lotus’s new factory in Wuhan. Lotus will continue to build sports cars at its Hethel plant in Norfolk, England.