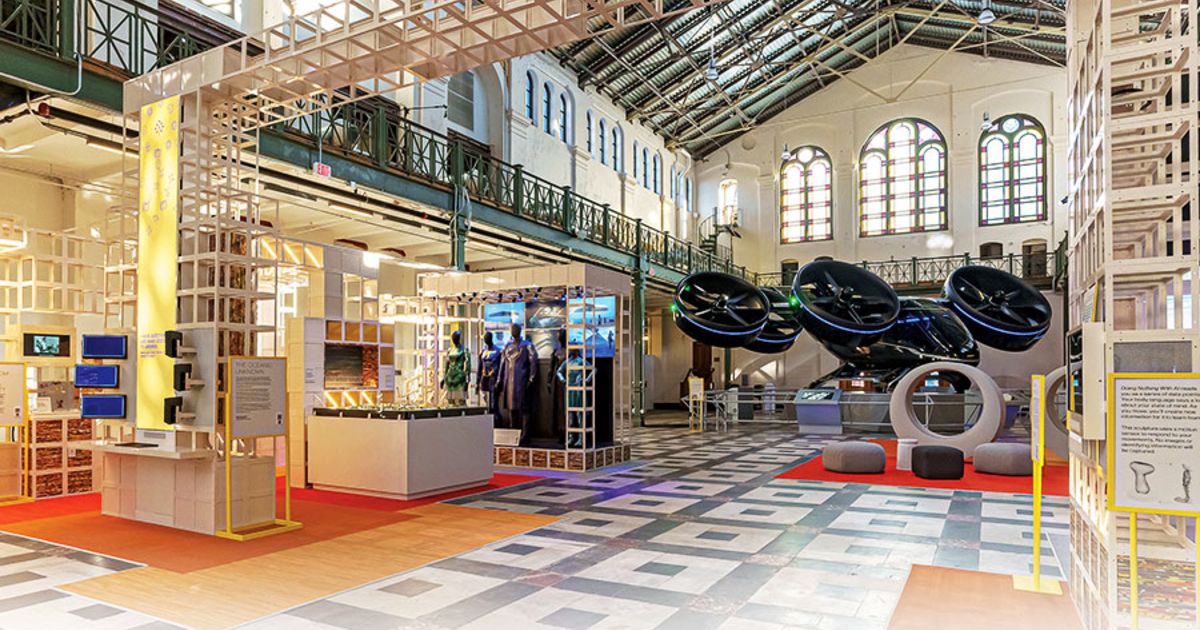 It’s a tradition as old as the world’s fair: Visions of the next steps in mobility are put on display — this time in Washington, D.C.

As part of its “Futures” exhibit, the Smithsonian Institution is showcasing concepts designed to move people in faster, efficient and affordable ways. The displays will be at the museum’s Arts and Industries Building through July.
“The ‘Futures’ exhibit envisions transportation as environmentally friendly, sustainable, efficient, mindful and intergalactic,” said curator Monica Montgomery. “A future that considers clean energy sources and carbon offsets, that isn’t prescriptive about fossil fuels but carefully considering the alternatives.”

Here’s a peek at what’s on display.

The Nexus would take off and land vertically to traverse crowded cities more quickly than a car. Bell designed the concept to offer everyday people affordable transportation for short- and long-distance trips over large, urban areas.

The Nexus has six electric ducts for quick takeoff and flight speeds, which, for example, would turn a 45-minute drive into a 10-minute flight, Bell says.

An interactive kiosk showing the technology behind the Nexus’ vertical capabilities also is on display.

The Nexus first appeared in public at CES in 2019.

Alongside the Nexus, in a nod to the company’s previous attempts at futuristic flight design, is the Bell No. 2 Rocket Belt.

A Bell test pilot flew this jetpack several times, including during the opening ceremony of the 1984 Summer Olympics and during a scene in the 1965 James Bond film Thunderball.

The jetpack could only travel short distances, was difficult to control and was expensive to build and operate.

The Rocket Belt is on loan from the National Air and Space Museum.

The Pegasus pod is a zero direct-emissions system designed to move people or cargo at airline speeds. The powering technology is a magnetic levitation system in a near-vacuum environment with nearly no aerodynamic drag.

This hyperloop concept could significantly reduce travel time, for example, turning a four-hour drive from Washington to New York into a trip of less than 30 minutes.

In November 2020, Virgin first tested the XP-2 prototype with two people aboard on a company test track outside Las Vegas.

The electric-powered Elevate has features helpful in case of a natural disaster, as the vehicle’s legs would allow it to climb over flood debris or crumbled concrete. Another potential use is helping people with disabilities — an autonomously driven Elevate could “walk” to their front door so their wheelchair could roll inside.

Elevate’s legs are stowable, so the vehicle could be driven at highway speeds.